Algiers is furious at pro-Moroccan language in the annual foreign aid bill. 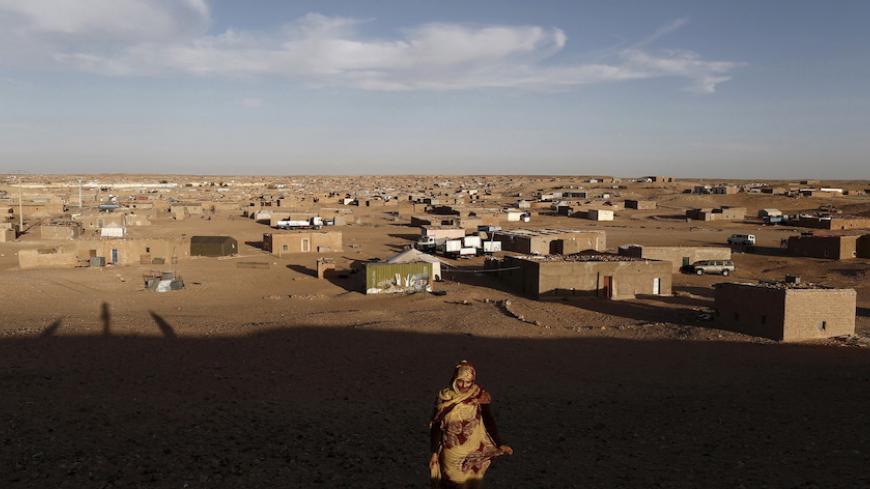 Algeria is warning US lawmakers of "consequences" if they continue siding with regional rival Morocco in the dispute over the Western Sahara.

In a letter to House appropriators late last month, Ambassador to Washington Madjid Bouguerra expressed his "deep disappointment" with language in the pending annual foreign aid spending bill that echoes Rabat's stance on the decades-old conflict. Morocco claims the disputed territory and administers about 85% of it, while many indigenous Sahrawis have taken refuge across the border in Tindouf, Algeria.

The ambassador in particular objects to a new provision in this year's draft bill that instructs the State Department to pressure Algeria to cooperate on a UN census of the Sahrawi refugee camps. Algeria insists the pro-independence activists in the camps have a right to self-determination under international law.

"The Embassy of Algeria does not understand nor does it accept this undue reference to Algeria in the context of an issue to which it is not a party," Bouguerra wrote in a June 24 letter obtained by Al-Monitor. "I respectfully draw your attention to the seriousness and the consequences of such an unwarranted and objectionable provision."

While Bouguerra doesn't spell out what those "consequences" might be, Algeria's friends on Capitol Hill helped fill in the blanks.

"This provision is an inappropriate attempt to assess the demography of a vulnerable refugee population that is being sheltered within Algeria's sovereign borders," Rep. Sean Duffy, R-Wis., chairman of the Algeria Caucus, wrote to committee leaders Hal Rogers, R-Ky., and Nita Lowey, D-N.Y., in a July 11 letter obtained by Al-Monitor. "The retention of this provision in the final spending bill would damage Washington's relationship with Algiers, which has been an important security partner in the region, and give the wrong impression that the United States no longer supports the UN-led mediation effort regarding the future of the Western Sahara."

The Tindouf language, she said, "appears to have no effect other than to offend the government of Algeria and harm our important bilateral relationship," McCollum said. "At a time when fighting terrorism ... is a national security priority, I don't think it's a good idea to poke a stick at a friendly government like Algeria."

The bill also repeats language from the past two years calling on the State Department to make economic development funds earmarked for Morocco available in the Western Sahara, in effect recognizing Rabat's control over the territory. A UN mission was set up 25 years ago with the goal of organizing a referendum on independence, but Congress and the State Department have made it clear in recent years that they think Rabat's counterproposal of autonomy under Moroccan sovereignty offers the best chance for peace and stability in the volatile region.

The census debate is flaring up as the European Union and others insist that an accurate count of the refugees needs to be established so countries that contribute aid know how much is actually needed amid allegations that Algeria and the Polisario Front, which leads the fight for independence, have inflated the need and are embezzling excess aid. The Polisario Front counters that Morocco is lowballing refugee numbers to undermine the front's case for an independent state. And Algeria appears unwilling to circumvent the Polisario Front's system of governance, ministries and administrative resources.

House appropriators appear to have heard the accusations that they're too close to Morocco loud and clear. At the start of the July 12 markup, foreign aid panel Chairwoman Kay Granger, R-Texas, unveiled a manager's amendment that moves the census language out of the bill's Morocco section and into a new section titled "refugees in North Africa" — in effect erasing any Moroccan fingerprints on the provision.

"Given the significant need for humanitarian assistance around the world," Granger said, "the committee should support efforts to ensure the highest level of accountability with respect to refugee and disaster assistance."

The change did little to assuage McCollum, who vowed to continue fighting for the provision's removal.

"This language is highly damaging to US-Algerian relations at a time when our two countries have made major, major strides in combating terrorism and strengthening trade ties," she said.

While the House committee retained the census provision at its July 12 markup, it may not survive reconciliation negotiations with the Senate when lawmakers return from their long summer recess. Indeed, the Senate foreign aid bill is less overtly pro-Morocco.

Like the House bill, the Senate version authorizes US assistance to the Western Sahara — but it treats the territory as its own category rather than putting it under the Morocco umbrella. And the Senate bill reiterates that "nothing in this act shall be construed to change the policy of the United States to find a peaceful, sustainable and mutually agreed-upon solution for the Western Sahara."