Should next US president consider an Iran nuke deal 2.0?

Sen. Chris Coons says it's critical to forge new relationships between top US and Iranian officials when the Barack Obama administration leaves office to ensure continued smooth implementation of the landmark nuclear deal. 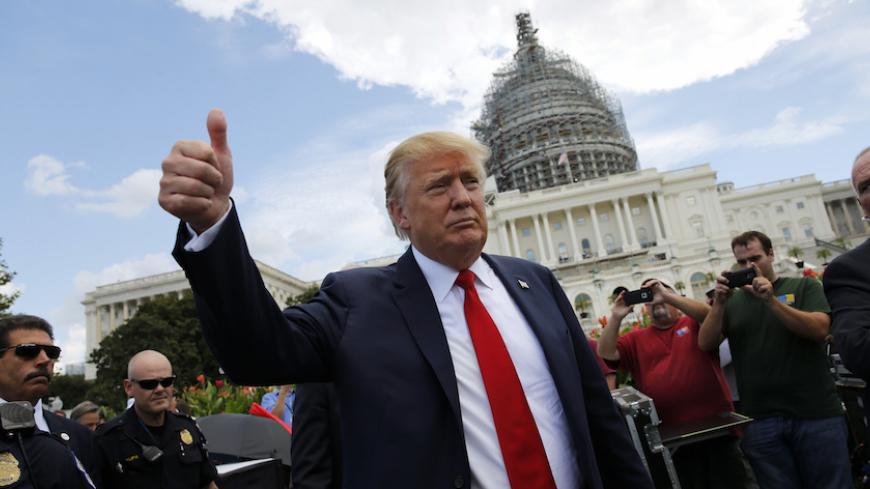 An influential US senator whose support of the Iran nuclear agreement helped it survive congressional scrutiny last year said he would urge the next US president to begin negotiating a “JCPOA 2.0” to address remaining concerns about Iran’s ballistic missile program and uranium enrichment capacity.

Sen. Chris Coons (D-Del.) told the Council on Foreign Relations June 23 that the Joint Comprehensive Plan of Action had been successfully implemented so far, nearly a year after it was reached. He said the next administration must make continued full implementation a top priority and that the deal’s fate would have a major impact on regional crises, US relations with Russia, NATO and European allies, and nonproliferation among Persian Gulf partners.

Coons said he was concerned that come next January, when Barack Obama leaves office, the deal “will drop from view as it largely has in this presidential campaign.”

Presumptive Democratic nominee Hillary Clinton has expressed support for the agreement, but Republican presidential nominee Donald Trump has been skeptical. Asked about Trump’s threats to renegotiate the agreement, which had the blessing of the United Nations as well as the European Union, Coons called that possibility “a fool’s errand.” (Coons spoke before the EU was shaken by Britain’s vote June 24 to exit the alliance.)

In response to a question from Al-Monitor about how to institutionalize channels between the United States and Iran, Coons said that personal relationships — such as those between Secretary of State John Kerry and Iranian Foreign Minister Mohammad Javad Zarif and between Energy Secretary Ernie Moniz and Ali Salehi, head of the Iranian Atomic Energy Agency [IAEA] — have been “central to the effective implementation of the deal so far.”

He noted the ability of Moniz, a nuclear physicist, to just “pick up the phone” and call Salehi, another physicist, to resolve the “handful of occasions in the past year” when there have been minor breaches of the JCPOA, such as a brief period in February when Iran slightly exceeded a limit on its stockpile of heavy water.

“We have to sustain that,” Coons said of the direct channels. “Whoever the next president, secretary of state and secretary of energy is … they have to invest in those direct relationships and direct channels of communication. That is going to be critical.”

Asked by Al-Monitor if the United States should also ask Iran to post Americans to staff an Interests Section in Tehran, Coons said, “My hope is that is something we could move toward.”

A member of the Foreign Relations Committee and possible chairman if Democrats retake the chamber in the November elections, Coons has taken a lead on JCPOA-related issues. He was one of the last senators to come out in support of the agreement last year and prevent Congress from blocking it.

While calling the nuclear deal “the least bad option” to constrain Iran’s nuclear program, Coons has been critical of other aspects of Iranian policy.

He told the council that the US government should “continue to push back on Iran’s destabilizing and provocative actions outside the parameters of the nuclear agreement.”

From Iran’s “calls for the destruction of Israel to its support for terrorism in Syria, Iraq and Yemen, to its ongoing illegal ballistic missile tests and human rights violations, Iran is not a responsible state seeking to rejoin the international community,” Coons said.

He also asserted that the JCPOA “was, is and will most likely remain a transactional — not transformational — agreement” when it comes to a major shift in US-Iran relations and Iran’s internal politics.

However, in response to a question about whether additional agreements could be reached with the Islamic Republic, Coons cited Iran’s continuing efforts to improve its ballistic missile technology and concerns about Iran improving its uranium enrichment capacity in the latter stages of the JCPOA.

He suggested that Iran could reap additional economic benefits if it were willing to give up trying to develop missiles capable of delivering nuclear weapons and if it would forfeit ambitions to create an indigenous industrial-scale enrichment program when aspects of the JCPOA sunset in 7-10 years.

“That would be JCPOA 2.0,” Coons said of a new agreement. Asked if he would urge the next president to begin a new round of negotiations with Iran next year, he said, “I would.”

Iran has staunchly defended what it calls its right to enrich and has viewed missiles as a deterrent that compensates for its conventional military weakness. Asked about Coon’s ideas, a senior Iranian official, speaking on condition of anonymity, responded in an email with one word: “interesting.”

Nuclear experts in the United States had a variety of opinions about trying to expand the JCPOA so soon.

Mark Fitzpatrick, a nonproliferation expert who heads the American office of the International Institute for Strategic Studies, told Al-Monitor that curbing both Iranian missiles and enrichment is “important for regional stability, and it will make good sense to engage with Iran on them. Tehran has its own objectives, including more comprehensive sanctions relief, so there should be an achievable tradeoff.”

A Western diplomat in Washington agreed, saying on condition of anonymity, “The absence of restrictions to Iran’s ballistic missile program as well as that of a clause tying the future expansion of Iran’s enrichment capacity with actual economic needs are indeed two significant structural weaknesses of the JCPOA.” But he questioned whether the international community should focus on this concern “in this early stage of the JCPOA implementation, as things are more or less working accordingly to plan.”

George Perkovich, a nuclear expert and vice president of the Carnegie Endowment for International Peace, and Gerard Araud, a former chief nuclear negotiator for France who is now the French ambassador in Washington, also expressed skepticism about early new talks.

Araud told Al-Monitor, “We have to wait for the next [presidential] elections” in Iran, due in about a year. “Now is not the time to ask for new concessions from Iran,” he said.

Perkovich said, “During their election campaign, we say there are two things we didn’t nail down hard enough in JCPOA, so we want to nail them now. … Iran at minimum would want much more sanctions relief,” something Perkovich doubted the next US Congress would approve.

Coons, meanwhile, urged a long-term US commitment to funding the IAEA, which is expected to spend $10 million a year monitoring Iran’s compliance with the JCPOA.

“This is an existential moment for them,” Coons said of the Vienna-based agency. He also noted the heavy US role in backing up the IAEA through developing new monitoring technology and training inspectors.

“You don’t just go on Monster.com and hire a bunch of nuclear inspectors willing to go live in the Middle East on long stints at the drop of a hat,” he said.