Palestinian officials are working with EU officials to apply for Interpol membership, a major step toward full international recognition. 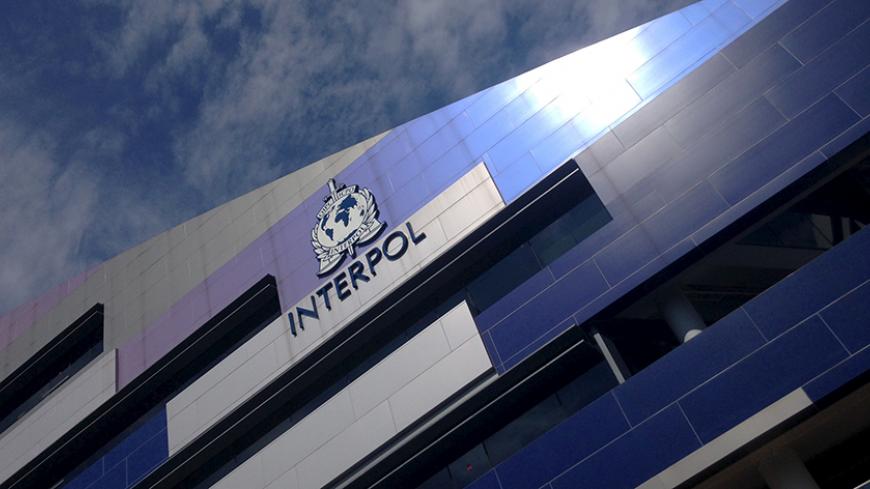 Palestine is hoping to upgrade its observer status to a full membership in Interpol this fall. The international police organization's 85th General Assembly is set to take place in November in Bali, Indonesia.

It was reported that European police officials are working with the Palestinians to prepare them for the upcoming discussion. Joeri Van Nuffel, the former chief inspector of security at Brussels’ Zaventem airport, has been coaching Palestinian officials. Van Nuffel joined Interpol in 2012 and has been working with the EU Coordinating Office for Palestinian Police Support. The latter declined to comment as it is a technical office.

The Ramallah-based coordinating office has a staff of 69 international employees and 45 nationals with a budget of 9.2 million euros ($10.3 million), according to its website.

The Palestinian push for membership follows years of preparation and a marked increase in the number of countries around the world that recognize Palestine — making it more likely for Interpol’s General Assembly to approve its addition.

Interpol regulations require a country to receive two-thirds plus one vote from the 190 members of the General Assembly to become a full member. As 130 countries already recognize the state of Palestine, this majority seems within reach.

Gen. Adnan al-Damiri, a spokesman for the Palestinian police, told Al-Monitor that joining Interpol will improve the security situation in Palestine and at the same time help strengthen Palestinian efforts at state building. He said, “We need Interpol to stop many cases of people fleeing justice and to extradite those criminals who have fled Palestine.”

Damiri feels that joining Interpol will be a major step for Palestine, saying, “We are under occupation, but we consider ourselves a state in the making and, therefore, joining such an important international body will be instrumental.”

The current Interpol membership efforts began in January 2015. By Aug. 4, Palestinian Prime Minister Rami Hamdallah signed the application, but according to Damiri, it was too late to be put on the agenda of the 84th General Assembly meeting held in Kigali, Rwanda, Nov. 2-5. Interpol’s Executive Committee must submit the recommendations to the General Assembly before the latter can discuss and vote on them.

Damiri recognizes that one of the advantages of joining Interpol is to be able to extradite wanted persons, especially those who are accused of corruption. “We are a member of the Riyadh Arab Agreement for Judicial Cooperation signed in 1983 allowing us to get criminals extradited from Arab countries, but we are unable to ask any other country to hand to us individuals accused of crimes in Palestine,” Damiri said.

As a leading member of the Arab League, Palestine is also a member of Arab and regional police and security agencies, including the Arab Bureau of Criminal Police. Membership in these bodies entails mutual extradition.

Extradition, however, is rather tricky because Palestine does not have sovereignty over its borders. Damiri stressed that in criminal cases, the Israeli authorities have been cooperative when Palestinian police have attempted to get wanted individuals extradited from nearby Arab countries. “We have already achieved extradition of a number of criminals and the Palestinian Anti-Corruption Commission has succeeded in bringing back monies that were due to the Palestinian government,” Damiri said.

Rafiq al-Natsha, director of the Palestinian Anti-Corruption Commission, has repeatedly called for joining Interpol to create an effective mechanism to stem corruption and prosecute individuals who escape Palestinian justice. Natsha was quoted in the London-based Al-Quds Al-Arabi in 2014 as saying that its observer status does not allow Palestinian government agencies to issue international arrest warrants for Palestinian officials convicted of corruption and living abroad.

Israel has opposed the move. Israeli officials are on the record as refusing to support Palestine joining Interpol for fear that Israel will be forced to give up certain individuals who have collaborated with Israeli security and are wanted by the Palestinian government.

Joining Interpol will certainly have both symbolic and practical benefits to the fledging Palestinian government. Interpol is mostly an organization of sovereign states and such a move will be seen as supporting Palestinian statehood. But as in all such cases, there are obligations as well as benefits. Palestine will have to make adjustments to its legislation to comply with international regulations. Palestine would also be forced to give up other countries' wanted individuals who are taking refuge in areas under its control.

While Interpol is more concerned with crime than political and resistance activities, Palestinian officials are hoping that a vote by one of the largest and most important international agencies will further accelerate efforts for independence and statehood.