The defense ministers of Russia, Syria and Iran met in Tehran to discuss the latest regional developments and methods to "fight terrorism." 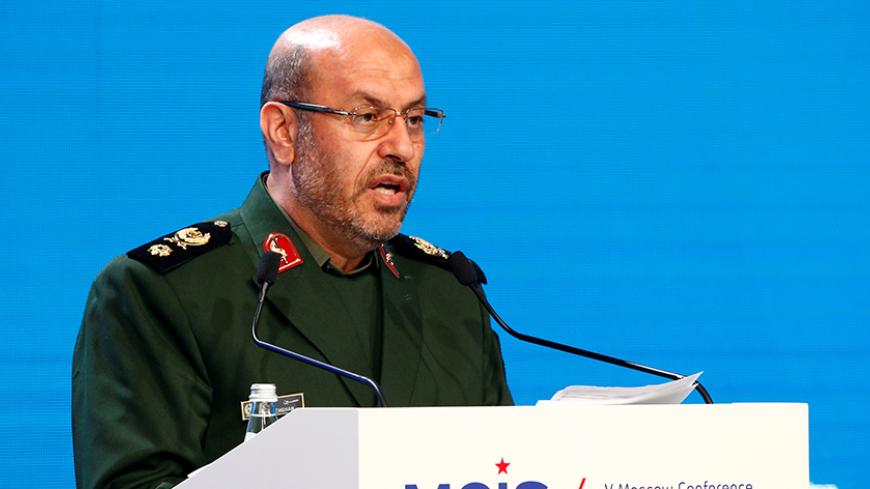 After the meeting, Dehghan discussed Iran's position on Syria and the region. On the cease-fires in Syria, which all sides have been accused of violating, Dehghan said, "We agree with cease-fires that do not result in the strengthening of terrorists in this country." Iranian officials refer to the armed opposition groups as terrorists and do not distinguish between the Islamic State, al-Qaeda and other Salafi-Jihadi groups. Dehghan accused the United States, Saudi Arabia and other regional countries of "justifying the support of terrorists under the cover of supporting moderate rebels." He said that this support "proves the falsehood of [the United States] being against terrorism," and that "claimants of human rights are closing their eyes to the most immoral acts and crimes of terrorists" in Yemen, Syria and Iraq.

Dehghan added that Iran would support a cease-fire that is a "complete cease-fire, providing disaster relief and humanitarian action while simultaneously preventing the arming and supporting of terrorist movements while at the same time taking decisive military action against terrorists." It is possible that Dehghan's third point about cease-fires — decisive military action against terrorists — is likely the reason for the meeting between the three ministers. In a televised speech to Syria's new parliament June 7, President Bashar al-Assad hinted at the purpose of the meeting when he said, "We will liberate every inch of Syria from the hands of the opposition."

Dehghan also requested of the Syrian groups currently in talks with the Syrian government to "collaborate to take steps to establish peace, calm and expel the terrorist threat." He also said that Iran has always supported Syrian-Syrian negotiations as a path to resolve the crisis in the country.

Dehghan thanked the Russian and Syrian defense ministers for meeting with him in Tehran to "exchange ideas, cooperation and adopting of strategic decisions to defeat the dangerous plot that has [sought] instability, disintegration and the distortion of the territorial integrity and national sovereignty of countries in the region."

Since Russia entered the Syrian civil war in September 2015 in order to back Syrian troops and Iranian forces, the tide of the war has changed. Armed Syrian opposition groups, backed by regional countries and Western countries, have mostly been in retreat. Iranian media has covered extensively successive Syrian army victories. Two June 9 articles from Tasnim News agency had the headlines "Advance of Syrian army on the suburbs of Damascus" and "The continued advancement of the Syrian army in Raqqa and the alarm of [IS]." Attacks on hospitals in opposition-held areas, such as ones that have happened recently in Aleppo, rarely make it into Iranian headlines.