Cairo wages war on corruption with TV ads, but will it work?

The Egyptian government has launched a TV ad campaign aimed at combating corruption, but some fear it will be ineffective without structural reform. 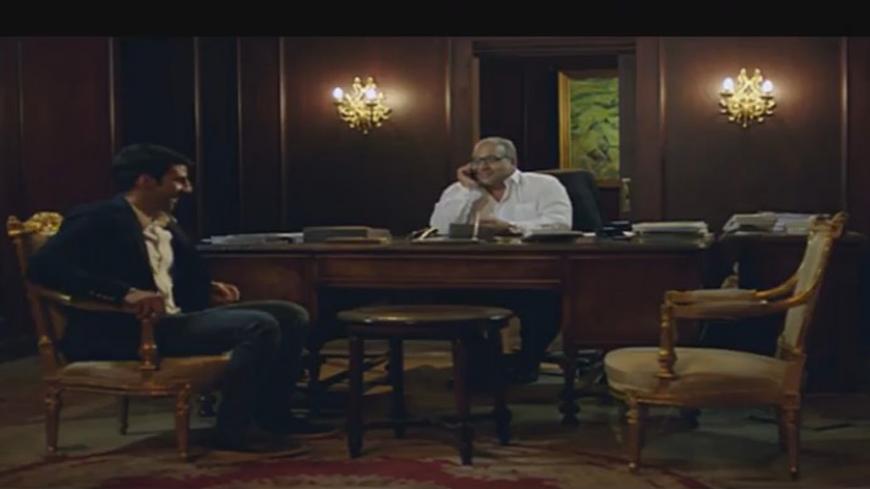 This ad, part of an Egyptian media campaign against corruption, targets cronyism. - YouTube

"Whether it’s deliberate or with good intentions, it’s still your loss and ours.” Under this slogan, the Egyptian government has launched an advertising campaign dedicated to combating corruption; commercials began to be broadcast on a number of channels starting with the beginning of Ramadan earlier this month.

One ad, which targets wasta — a term that roughly translates to cronyism, and refers to using one's connections to bypass or speed up procedures — depicts an official exploiting a government position and his ties to the head of an agency where he works in order to appoint the son of a personal friend to a position that he doesn’t deserve, without conducting any tests to determine his suitability for the position. Before the ad concludes, an outside voice stresses the gravity of such actions that destroy the possibility of a decent job for everyone.

The ad campaign includes four televised ads whose messages include: raising awareness of the role of cronyism and nepotism in securing positions, raising awareness among the bureaucracy inside government departments, “trembling hands” (an Egyptian colloquialism that refers to officials being afraid to take decisions for fear of being held accountable for mistakes) and raising awareness about bribes in the customs process. However, it is not explained at the end of any of these ads which government body is funding the ad campaign or which media agency is producing the ads.

Samy Abd al-Aziz, a professor at the College of Media at Cairo University who has developed concepts for anti-corruption ad campaigns, told Al-Monitor, “These advertising campaigns are seeking to modify citizen’s behavior and values, to stress that corruption doesn’t just mean financial profit, but also encompasses other areas, such as nepotism, cronyism and the bureaucratic procedures by which the employees of government ministries impinge on citizen’s interests.” He said this sort of advertising is common throughout the world, such as in the United States, where spending on media campaigns designed to raise public awareness reaches into the hundreds of millions of dollars annually.

He added, “In this campaign, the government hasn’t paid anything, because the campaign’s financing has come from international organizations. Further, all who participated in preparing it forwent their salaries and TV stations broadcast it for free without taking any material compensation from the Egyptian government.”

During the era of President Hosni Mubarak, the Egyptian Finance Ministry launched an ad campaign under the slogan “Taxes: In your interest first” in order to encourage merchants to file tax returns and pay their taxes. In this regard, Abd al-Aziz, who also participated in launching that ad campaign, said, “That campaign was one of the more successful campaigns that I prepared, because it coincided with structural measures in the tax system being taken by the Ministry of Finance. We achieved the main goal of the campaign in a short period of time.”

Regarding the divergent objectives of the advertising campaigns in the presidencies of Abdel Fattah al-Sisi and Mubarak, he said, "Every phase [of history] has its own ideas and its own priorities. In Mubarak's era, the priority was the housing problem and tax collection, while in President Sisi's era the priority is the issue of countering corruption. These advertisements are one way of answering the repeated calls to eliminate corruption in all its forms."

Despite Abd al-Aziz's point of view that these advertising campaigns enjoy long-term success, Asim Abd al-Mu'ti, the former undersecretary of the Accountability State Authority (ASA), the largest regulatory agency in Egypt charged with fighting corruption, said in an interview with Al-Monitor that these ads cost the government vast sums of money — sums that then are not available to pay the wages of government employees. He stressed that during his tenure, instances of corruption pertaining to the production of these TV ads were discovered, and the guilty parties were generally officials close to the ministry, who received large sums of money for their involvement.

"The government does not sincerely believe what it purports to in these ads about fighting corruption. For example, there is no law that protects informers and witnesses in corruption cases. Many informants have been subject to various forms of harassment and intimidation, including deductions from their salaries by their superiors in the absence of any legal framework for their protection," he said. "In most cases these media campaigns are funded by the Ministry of Finance, which dedicates a portion of its budget to these efforts.”

He added, “The government’s practical procedures contradict the advertising campaign’s stated goals, which are being financed by [the effort to] combat corruption. They tend to pass laws that work to the advantage of businessmen embroiled in corruption cases, without any procedures that might have a deterrent effect on them. The same goes for officials accused [of complicity] in corruption cases.” He stressed that these procedures are ineffective in the absence of any seriousness on the part of the government to embark on institutional reform to prevent corruption.

Abd al-Mu'ti recalls an instance of corruption related to these advertisement campaigns during his tenure at ASA. He said, "In 2005, an ad campaign was launched by the Finance Ministry about the importance of citizens' paying their taxes, and after reviewing all the items in the contract between the ministry and the relevant party, it became clear that said party was owned by one of the minister's family members, who owned an up-and-coming advertising agency. The value of the ad was estimated at 1,850,000 Egyptian pounds [roughly $300,000 at the time].”

According to the 2015 annual report issued by Transparency International, Egypt occupied the 88th place out of 168 countries in terms of combating corruption. A report issued by the same institution in May found that Egypt was among eight states where the level of corruption had actually increased since the previous year.

Ahmad Saqr Ashur, an expert with the United Nations on fighting corruption, told Al-Monitor, “These ads amount to a kind of squandering of financial resources and lack of appreciation for understanding the phenomenon of corruption, and for confronting it strategically. The type of corruption that is truly present in Egypt fundamentally relates to the loopholes in the laws governing the regulatory agencies responsible for combating it, and the imbalance in authority between the various regulatory bodies. Additionally, there’s the lack of evaluation for practices pursued by all government institutions.”

Ashur added, “The nature of corruption — which is present in all sectors of the state — demands that it be fought with a comprehensive anti-corruption strategy, that the ruling authorities invest serious political will and that institutional reform programs strengthen the role of labor within them.” He stressed that corruption has become more entrenched, especially as the current dire economic situation has given citizens incentives to engage in certain behaviors unsanctioned by the law.

Ashur said programs for institutional reform must include legal statutes that obligate all organs of the state to disclose their budgets, and called for launching effective programs for prosecuting corruption cases, especially since most of these agencies confront these cases after they occur and deal with most of them by merely providing “media shows.” He explained that there are some forms of corruption that have greatly weakened in the current era, particularly what he termed political corruption, while other forms of corruption in the education and health sectors have continued to thrive.