French oil exec speaks out on prospects of drilling in Lebanon

Elias Kassis, vice president of the Middle East and North Africa division of French oil and gas company Total, says 'there are many factors' companies must consider when deciding whether or not to drill exploratory wells. 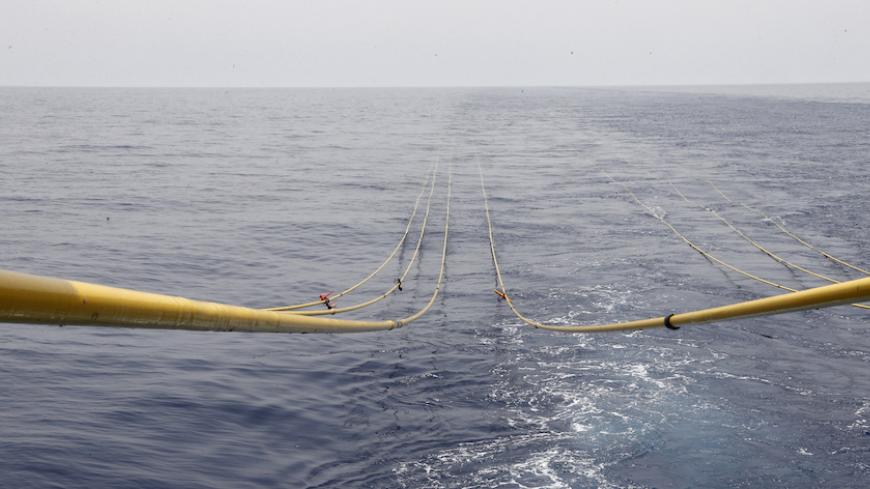 The cables of a side-scan sonar is seen in the waters of the Mediterranean sea, during a tour of areas believed to have gas reserves, off Lebanon's coast near Beirut May 30, 2013. - REUTERS/Mohammed Azakir 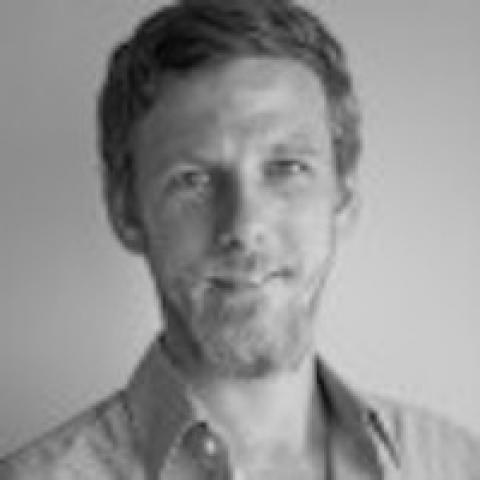 Oil is a volatile commodity, and the market is being reminded of that, Elias Kassis told an audience gathered for a forum discussing Lebanon’s oil and gas potential held May 26 in Beirut.

Kassis is the vice president of the Middle East and North Africa division of Total, the French oil and gas “supermajor.” Last year marked the end of a nearly decadelong run during which a barrel of oil sold for more than $50 on average. Prices began to fall in June 2014, and — as of press time — were still below $50 despite briefly surpassing that threshold on May 26. Just a few years ago, analysts were arguing that $100 oil was “the new normal.”

As drilling for oil and gas is not cheap, one of the first places oil and gas companies turn to trim costs during a price drop is their exploration and production divisions. Kassis said Total has reduced its exploration and production budgets and deferred investments. That said, the search for more supply never grinds to a complete halt. Case in point: Total reversed an early 2015 decision to completely abandon exploration efforts in Cyprus after the late 2015 discovery of a giant gas field in neighboring Egyptian waters, not far from where the French company had drilling rights.

Al-Monitor spoke with Kassis about exploration possibilities in Lebanon. A transcript of the interview, edited for clarity, follows.

Al-Monitor:  Most of Lebanon’s 22,000-square-kilometer (8,500-square-mile) offshore exclusive economic zone is covered with 2-D and 3-D seismic surveys. In your experience with exploration and production, do you commonly see so much data available prior to having a first licensing round?

Kassis:  Not necessarily, it depends.

Al-Monitor:  Given there is so much data, does that mean that drilling might start sooner than if there was no data collected at all?

Kassis:  It’s not pace of drilling, it means that there’s already data, there’s already knowledge and if and when you can access it, then you have to treat it, it’s time advantage, but you still need to do your homework anyway. It doesn’t mean that you do not need to acquire additional data — or retrieve existing data — because that’s part of a work program that you will have to consider when looking into an opportunity, but definitely it’s a plus compared to an area where nothing has taken place.

Al-Monitor:  In terms of prospective, how does Lebanon compare to some of the other areas in which you’ve worked?

Kassis:  I’m not a geologist, [but in general, when looking at an area that has never been explored before] you are relying on your analysis of the potential, looking to analogs, looking to what has taken place in the area. It doesn’t mean that if there is a discovery a few hundred kilometers out there you will necessarily hit oil and gas because the chemistry can be different. Geology can be different, but yet in an area where you have discoveries in, let’s put, three countries around, there’s potential, but you will find out once you drill. If you don’t drill, you don’t know.

Kassis:  It’s not that simple. There are a lot of factors, actually. It depends on whether it’s the right gas, whether it’s gas with some liquids, whether it’s oil, then the size, the depth and the nature of the accumulation that you end up finding if you are successful. [If you find oil or gas after drilling one well, you don’t stop drilling there.] You have already an idea, but then you continue your … appraisal to better size what you’ve seen to get more information of the nature of the accumulation and to be able to design … what kind of development based on what we think we found we’re going to be able to develop. How do we do it? Do we phase it? Do we not phase it? What kind of technology are we going to use if you discover gas? Do I put, for example, a floating entity? I’m speaking in general, not necessarily saying what could happen [in Lebanon]. [If gas is found, you have to ask] Do I bring it by pipeline and liquefy it onshore? Where do I sell it? To make it simple, there is a cake, how do we cut it? What is the robustness of the business [created by a discovery]? And that’s important for all actors. It’s not only the investor, because if one party loses money, [everyone suffers]. [Once you can answer all these questions] then you take the decision to invest. So there’s a process. It’s not only one well.

Al-Monitor:  In late 2015, Italy’s Eni [oil and gas company] found a “supergiant” gas field in Egypt’s exclusive economic zone. In the 12 months prior to that discovery, however, Eni drilled two wells in Cypriot waters that turned out to be dry. Are there any lessons you’ve learned from these experiences?

Kassis:  There are always lessons. You know sometimes you can drill a well and say ‘OK, I have drilled a well.’ But you have to [remember] that [when looking at seismic data, your distances are not to scale]. So sometimes you can drill a well and not find anything because the accumulation [you were aiming for based on the data] is a few hundred meters away.