How sanctions relief became a tool in Iran’s domestic battles

Opponents of Iranian President Hassan Rouhani have stepped up their criticism, claiming that Iran has not yet been reconnected to the global financial communications system. 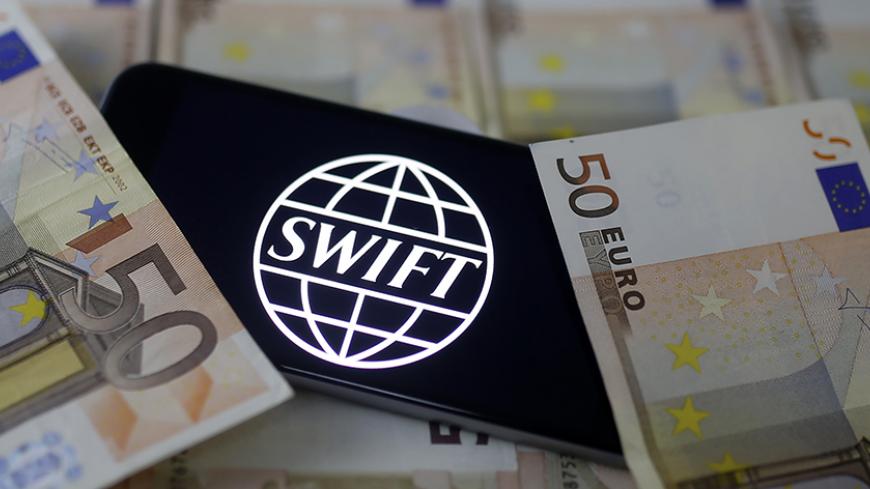 The SWIFT code bank logo is displayed on a smartphone on top of Euro banknotes in this picture illustration, Jan. 26, 2016. - Reuters/Dado Ruvic 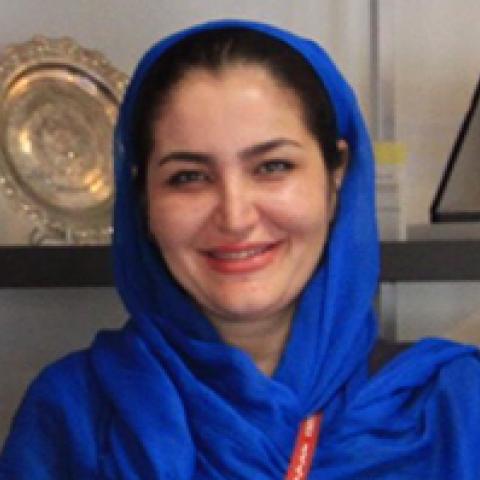 TEHRAN, Iran — With the removal of nuclear-related sanctions on Iran, domestic opponents of the administration of President Hassan Rouhani have changed tack, shifting to criticism of his handling of the economy. In their latest attack, these critics are now questioning whether Iran has really been readmitted to the Society for Worldwide Interbank Financial Telecommunication, known as SWIFT.

The criticism has become so intense that Deputy Foreign Minister Abbas Araghchi, a senior member of Iran’s nuclear negotiating team, has stepped in to the aid of the Central Bank of Iran (CBI). Addressing critics on state television, Araghchi said, “Anyone who has any doubts can go to the SWIFT room in the Central Bank of Iran and see for themselves that the banking system has already joined SWIFT.” This is the first time that a Foreign Ministry official has come to the direct defense of Iran’s economic sector in this manner.

The Joint Comprehensive Plan of Action (JCPOA) was signed between Iran and six world powers on July 14, 2015, and formally implemented six months later, on Jan. 16, 2016, leading to the removal of nuclear-related sanctions on Tehran. Now, more than three months later, Rouhani’s opponents are using SWIFT as a tool to attack his government, despite the administration having repeatedly announced that Iranian banks have been reconnected to the global financial messaging system.

Exactly one month after the JCPOA’s formal implementation day, CBI Gov. Valiollah Seif said that nine Iranian banks would rejoin SWIFT as a result of sanctions relief. However, although the CBI soon announced the readmission of Iran to SWIFT, many observers claimed the news was false.

Rouhani’s critics, many of them members of parliament, say the JCPOA has given major incentives to the "enemy." Through affiliated media outlets, they have advocated the idea that the nuclear deal has achieved nothing for Iran. Meanwhile, media outlets that support the Rouhani administration have tried to convince the Iranian public otherwise, emphasizing that the entire Iranian political leadership backed the nuclear deal and that the leaders of the signatories to the agreement in fact removed the SWIFT sanctions.

At the same time, some economists have joined forces with Iranian opponents of the JCPOA and become increasingly active on anti-Rouhani media outlets, voicing negative opinions about the government’s economic performance as well as the SWIFT controversy. The rise in attacks and criticism ultimately prompted the CBI to invite a group of local reporters to visit its SWIFT department and observe a number of online transactions being made with the global financial messaging service.

Meanwhile, it is not just Rouhani’s political opponents and some economists who say the JCPOA has benefited no one. Some important Iranian private sector representatives share that view. Business magnate Asadollah Asgaroladi told the local media outlet Farheekhtegan, “Before the JCPOA, everyone would find a way to make financial transactions with foreign countries. It was not possible to do this directly and most transactions were made through Dubai. But since the JCPOA, no monetary exchange has been made — not even once. Also, nothing has been done to help the nongovernmental sector carry out its transactions after the deal.”

Pedram Soltani, the vice president of Iran’s Chamber of Commerce, Industries, Mines and Agriculture, shares this view. Soltani told Farheekhtegan, “We work mainly in Asia, and in this regard trade is being done more or less in the same manner as it was done before. However, trading with Europe and some regional countries is still very difficult. New banks are gradually being introduced and currency exchange is being done, but at a very slow pace.” Soltani added, “Except for a select few countries such as China, India and South Korea, with which we have reconnected through SWIFT, the rest have yet to connect their financial system to Iran.”

As the domestic controversy over SWIFT rages, a strange silence seems to prevail on the issue outside of Iran’s borders. Earlier this month, the Financial Times reported, “Bigger European banks remain on the sidelines alongside their US rivals, scarred by a string of multibillion-dollar fines for earlier sanctions breaches in Iran.” The report argued that Iran’s banks are indeed being reconnected to SWIFT, from which Iran was excluded due to EU sanctions imposed four years ago. However, Iranian bank officials are quoted as saying that there have been “too few” transactions sent by Iranian banks via SWIFT, partly due to the need for software upgrades, but more importantly because foreign banks are “worried about the risks” of dealing with them.

Commenting on his earlier remarks about nine Iranian banks having been admitted to SWIFT, the CBI governor said, “The banks need a couple of days to install the necessary software. Nine Iranian banks had been disconnected from SWIFT [as a result of sanctions]. However, our other banks that were not under sanctions continue to benefit from the SWIFT system and have been doing so since the day the JCPOA was implemented.”

In this vein, CBI official Nasser Hakimi told the semi-official Iranian Students News Agency, “Under normal circumstances, it would take between two to three months to reconnect to SWIFT since the network disconnects at different intervals to add new banks. But to reconnect Iranian banks, the network implemented a two-week process and so Iran’s banks were added outside the usual time frame and in about two weeks.”

So is Iran still not reconnected to SWIFT? The banks that were actively trading even during the sanctions era continue to maintain their business. However, nothing has so far changed for the bigger banks. The CBI is correct in saying that the reconnection process has been physically established. However, no major foreign bank has decided to engage with Iran yet.

In the past six months, many economic delegations from Europe and Asia have visited Iran, sat down for negotiations and ultimately returned to their home countries to make decisions. As of now, no agreements have been signed that would require the reconnection of SWIFT. Regardless, the CBI is ultimately right in saying that Iran has been reconnected to the global financial messaging service. Hossein Yaghoobi, the director general of the CBI’s International Affairs Department, told the Iranian Labour News Agency, “Currently, 29 banks have joined SWIFT, but the three banks Saderat, Mehr and Ansar are still under sanctions.” However, Yaghubi said, “After the implementation of the JCPOA, which took place on Jan. 16, and up until now, there has been a positive growth in the amount of correspondent [banking] relations.”