Will Iran be able to win over Britain when it comes to banking sanctions?

To put pressure on the United States to uphold its commitments to facilitate the implementation of sanctions relief, it appears that the Iranians are now turning to Britain. 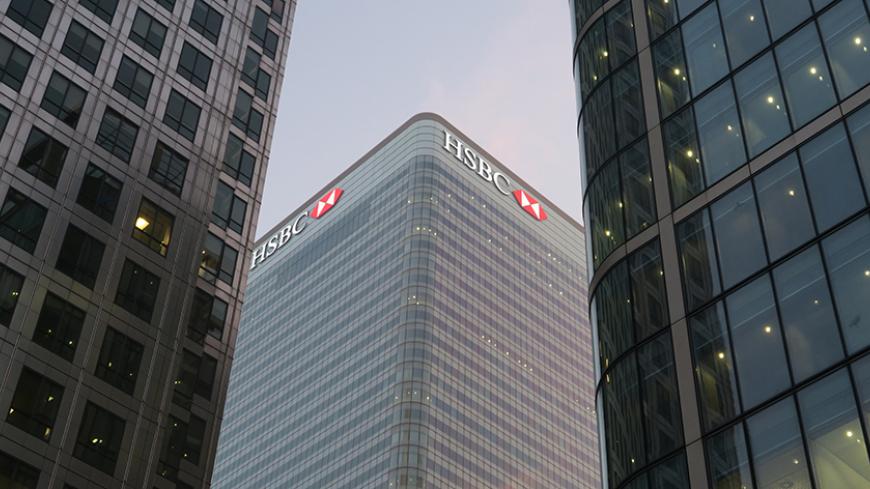 Two months after the Jan. 16 implementation day of the Joint Comprehensive Plan of Action (JCPOA), the lifting of nuclear-related sanctions has yet to usher the normalization of banking relations with Iran. To put pressure on the United States to uphold its commitments to facilitate the implementation of sanctions relief, it appears that the Iranians are now turning to Britain. In other words, the Islamic Republic is turning to "Little Satan" to do what "Great Satan" isn’t.

Speaking at the Royal United Services Institute (RUSI) in London on March 10, Mohammad Nahavandian, the chief of staff to President Hassan Rouhani, implored Britain to take the lead on resuming banking relations with Iran. Of note, while other European nations involved in the nuclear negotiations with Iran have been quick to forge major business deals with the Islamic Republic, British firms have largely remained out of the limelight. “British companies have not been the first in line,” Nahavandian said. “I think time is of the essence. Those who act quickly get the best results.”

“Particularly one area in which the British government and the city of London, being the most important financial center, can do, is on the banking frontier,” he added. “We need to see facilitation of banking relations as soon as possible and as complete as possible — and London can do that.” Moreover, after referring to the provisions of the JCPOA related to ensuring the implementation of sanctions relief, Nahavandian rhetorically asked, “Do you see that kind of ensuring on banking issues? Not yet.”

In Nahavandian’s telling, “There has been some work that has been done. SWIFT [a messaging network that financial institutions use to securely transmit information] is in place with all Iranian banks, there are some LCs [letters of credit] being opened here and there, there are some correspondent relations with some banks — but not everywhere.” Specifically, he lamented, “The big banks are still worried about the primary sanctions of the United States. I think they have to come with a very clear interpretation on drawing the line between primary sanctions and secondary sanctions. Non-US banks should not be limited in any kind of banking transactions with Iranian banks. That has to be delivered, and Britain can do a lot on that.”

Indeed, it appears that Britain is beginning to do precisely what Iran is urging. Coinciding with Nahavandian’s visit, British Prime Minister David Cameron penned a strong letter to largely state-owned Barclays, arguing that its refusal to process payments from Iran is “in opposition to the policy of the UK government.” In response, Barclays’ chief executive Jes Staley has said that there is “a considerable divergence in both approach and intention between the EU … and the US, where primary sanctions remain in place,” adding that “as we offer banking services through our US operations, we are required to continue to restrict business activity with Iran.”

Cameron’s move appears to have been warmly welcomed by the Iranians. It is also timely, as Tehran is due to host a major British trade delegation in May headed by UK Business Secretary Sajid Javid.

Speaking at RUSI — immediately following a visit to 10 Downing Street across the road — Nahavandian said he “admired” Cameron’s letter and that it was “very encouraging.” He added, “That sort of demand should be in place, and OFAC [US Office of Foreign Assets Control] and the US government are responsible to give that kind of comfort to non-US banks to engage [with Iran].”

In the meantime, the chief of staff to Rouhani appeared to be open to the idea of smaller banks taking the lead, acknowledging that they “can pave the way” and that “there are some who are working [in this respect].”

The issue of big banks not willing to engage in trade with Iran — as confirmed to Al-Monitor by Iranian sources — is compounded by regional tensions, including the cutting of Saudi diplomatic and commercial ties with Tehran and also the downgrading of relations between Iran and the United Arab Emirates. According to an article in Politico, remaining sanctions “prohibit banks from processing any Iran-related transactions in the United States, which affects any bank dealing in US dollars.” The gray zone surrounding dollar clearing means Iranian trade with the world — including Europe — must at present be conducted in euros and pounds. With the exception of Kuwait, Gulf Cooperation Council (GCC) members’ currencies are pegged to the greenback, meaning that normalized banking relations with GCC banks could allow the effective “re-dollarization” of Iran’s trade with the world. Given the poor state of Iran-GCC relations, the Islamic Republic thus has added incentive — beyond the myriad other motivations to ensure facilitation of sanctions relief — to push for countries such as Britain to aid the reintegration of Iranian banks with the global financial system.

The big picture is that ensuring sanctions relief translates into tangible improvement in the living conditions of ordinary Iranians isn’t just about protecting the nuclear deal or keeping the improvements of relations with the West on track. It is about Rouhani’s political future — and more so, that of Iranian moderates. In this vein, the importance of meeting the expectations of ordinary Iranians for an improved social and political atmosphere should also not be discounted.

Addressing these concerns, Nahavandian said, “President Rouhani was successful in delivering what he promised on two priorities that he put for his first years of being in office: First, the nuclear issue and the lifting of sanctions; second, bringing stability to the economy. I think his record is something to be proud of.” He added, “Now he has time to go to some other issues. If the pace and speed on these two issues was good — bringing inflation from 35% to 13% in two years is unprecedented — I think the pace will be proper when handling other issues.”

Tellingly, Nahavandian also offered some insight into the Rouhani administration’s position on how to manage popular expectations — and a key component of its strategy for the 2017 presidential elections. He said, “Iranians showed that they are patient enough and pragmatic enough to see what choices are available and make the best of it. So we will work together.”

In the absence of sanctions relief providing tangible economic benefits and the glut in oil prices, the Rouhani administration should be careful about counting on the patience — and pragmatism — that Iranian voters showed in the Feb. 26 parliamentary and Assembly of Experts elections. Having spent the first two years of his term forming an elite consensus — and public backing — for the JCPOA largely by blaming many of Iran’s ills on the sanctions, Rouhani must now spend the remaining two years of his term convincing voters that sanctions are not the problem. In the meantime, the importance of the Rouhani administration's bet to engage with "Little Satan" to get "Great Satan" to facilitate sanctions relief should not be underestimated. If this doesn’t materialize, it will be to the detriment of all.