Why Yemen may not be heading for a split

Have southern Yemeni rebel leaders forfeited their quest to secede in exchange for positions of power or are they building political strength and biding their time? 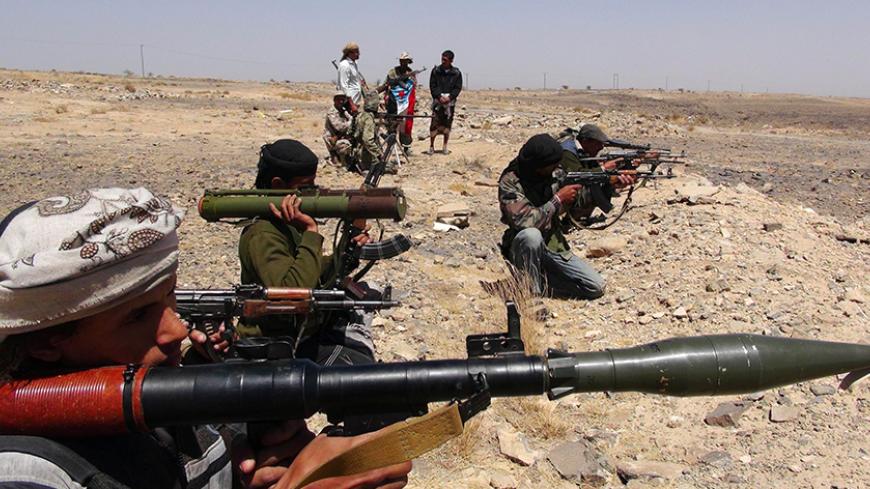 Yemeni President Abed Rabbo Mansour Hadi won over two prominent secessionist leaders by giving them positions of power in the current government. In doing so, he redirected rebel interests to align with his fight against the Houthis and his predecessor, Ali Abdullah Saleh.

In return for renouncing their secession demands, in December Hadi appointed Aidroos al-Zubaidi governor of Aden, the administration's temporary capital, and named Gen. Shallal Ali Shayae police chief of Aden. The high-caliber leaders of the Southern Mobility Movement (SMM), one of the most active forces in south Yemen, had been demanding secession since 2007.

The SMM leaders' participation in Hadi's government brought the idea of ​​a federal regime to the forefront. But the Iranian-backed Houthi rebels’ attempt to control state institutions by force hampered all steps toward implementing this option. This solidified a large section of southerners to adapt by abandoning the demand of disengagement with the north to support Hadi’s regime. The southerners, most notably the SMM, strengthened their political alliances with Hadi supporters to create an axis in the southern arena to help support a new approach to Yemeni unity.

However, Hadi's decision to give the SMM positions of power was criticized in the north as setting the foundation for a progressive independence of the southern regions. But the move helped Hadi restructure the security and military institutions in the south, while also maintaining the north's antagonism toward the Houthis.

“The SMM turned, after this decision, from an opposition force in the street into tools in the hands of the legitimate government," Hadiani told Al-Monitor.

He explained that Hadi took advantage of the circumstances to push the secessionist movement to help deal with the immediate threat of the Houthis. Regional players, represented by the countries of a Saudi-led coalition, were also an important factor in dissuading the SMM from demanding a revival of south Yemen, which was united with the north in 1990.

When it was discovered that Iran had supported the Houthi militants' invasion of the SMM stronghold in the south — while south Yemen was a prominent ally of Tehran — it sent the SMM into the arms of the Gulf countries supporting Hadi's legitimacy, Hadiani said.

The south's demand for secession was completely abandoned when those making the demand agreed to be part of the state administration, creating a strong alliance, Hadiani noted. “It will not be easy to topple the existing settlement, now that the SMM is part of it,” he said.

In Hadiani’s view, the secessionists had no choice but to accept the internationally recognized and militarily protected government, since any opponent would have to confront not only Yemini military, but other countries in the Gulf as well.

Adnan al-Aajam, editor-in-chief of Aden-based Al Omanaa weekly newspaper, which is loyal to the SMM, said the convergence between the SMM and Hadi was inevitable.

“Secession by force has become unthinkable. Therefore, the SMM activists changed their struggle tactics by tightening their grip over the power in the south and agreeing to run some state institutions, as a provisional step toward the restoration of the former southern state and to find a real solution for the southern cause,” Aajam told Al-Monitor.

One may say that the situation in Yemen paints a gloomy but versatile scene subject to numerous interpretations. However, the country in general is undergoing a profound, historic transition that will change the entire scene based on the outcomes of the conflict, which has taken on a regional and international dimension.