Why is it so hard to reintegrate Libyan fighters into society?

Libya is working to reintegrate the young people who fought in the revolution, but the country's economic situation and social unrest pose even bigger challenges than its ongoing insecurity. 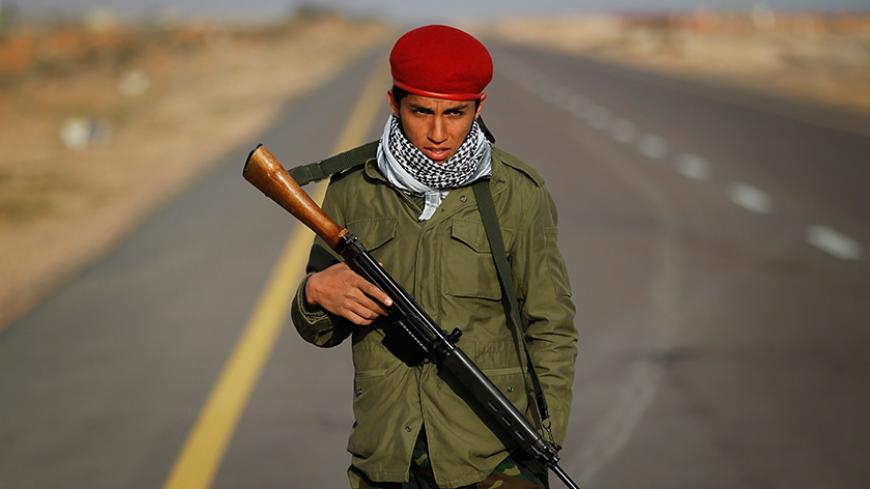 A youth fighter guards the final checkpoint on the road from Bin Jawad toward Nawfiliyah in eastern Libya, March 29, 2011. - REUTERS/Finbarr O'Reilly

“You fought or you died,” explained Ashraf al-Meer, who in March 2011 joined the revolutionary fight against the 42-year rule of Moammar Gadhafi to protect his family. At the age of 28, after two weeks of military training and armed with a Kalashnikov, he would fight for the next eight months for the liberation of his country.

Following Gadhafi’s fall, Meer joined the military, but suddenly decided to hand in his weapon in 2012. Thanks to the organization the Libyan Program for Reintegration and Development (LPRD), which offers training for ex-combatants, he realized that fighting wasn’t the only way to rebuild the future of his country.

“We needed to move the youth from arms in a peaceful way,” explained LPRD’s founder Mustafa El Sagezli from Benghazi. “The youth need to be given a chance to build the future of Libya,” he said.

Like Meer and a majority of Libyans, Sagezli took up arms against Gadhafi back in 2011. He joined the first revolutionary brigade in Benghazi on Feb. 27, 2011, and witnessed firsthand thousands of young people being trained and armed. A vast majority were men younger than 35 years old.

As the struggle dragged on in 2011, Sagezli kept wondering: How will we disarm and integrate these youths after the war? At the end of October 2011, after Gadhafi had been toppled and killed, Sagezli put his career as a computer engineer to the side and founded the Warriors Affairs Commission, which would later become LPRD. With governmental funding and support from international organizations, its aim is to disarm and reintegrate Libyans who had become militarized back into society through rehabilitation and training.

Sagezli and his co-workers interviewed around 162,000 ex-fighters about their backgrounds, interests and aspirations and customized training plans that offered ways for them to start businesses or join the state's military or police force. The program opened academic opportunities through, for example, scholarships to study abroad. With this support, Meer was able to build a new career and is now working as a security manager at the Libyan Embassy in London. “Most people were keen to get an opportunity, even the commanders of militias,” explained Sagezli. He learned that it's better to offer people opportunities than to try to disarm them by force.

There are limitations, however. At the moment, the private sector is not developed enough to be able to provide opportunities for this population. At the same time, there isn't enough space even in the enormous public sector to reintegrate all of them, said Abdulrahman al-Ageli of the Libyan Youth Forum. Libya has one of the largest public sectors in the world, employing up to 70% of the country’s workforce. “It’s a result of Gadhafi’s policy to create a social contract built on dependency,” Ageli told Al-Monitor.

Since 2012 the situation has grown increasingly more complicated, admitted Sagezli. One of those reasons is the spread of the Islamic State (IS) on Libyan soil. Today, most actors consider the group the biggest concern for the already war-torn country. According to the Pentagon, there are currently about 6,000 IS fighters in Libya, where the group continues to take advantage of the power vacuum. A recent report examining IS in Syria and Iraq shows the group’s proportionally large number of young members, where children fight alongside adults. A recent UN Security Council report on IS raised concerns about the recruitment of children and the reported emergence of youth training camps. To what extent the trend is present in Libya is unclear. But Sagezli is concerned that if the plight of young people is not addressed, groups like IS can take advantage of the situation. “Some of them are as young as 15-18 years old,” he said. “The majority of these groups are victims of neglect and exclusion.” Sagezli would like to see the implementation of a decentralized national program for dialogue run by local communities.

According to Ageli, IS can offer young people exactly what the Arab countries can’t: empowerment. That is why disarmament is difficult at this stage. Carrying weapons, he argued, “makes them an empowered member of society.” According to Ageli, taking the weapons away without any alternative means of empowerment is a recipe for disaster.

Disarmament remains a key obstacle. Many of Meer’s friends back in Libya still have not given up their weapons. “They feel they need to continue to protect the revolution,” he said. “Many will ask, 'Sure, I will disarm but then what?'” Disarmament can only come through agreements and dialogue, he said. Libya needs a holistic plan.

Now the UN-backed Government of National Accord will need to begin inviting all parties to a comprehensive dialogue, argued Sagezli. If the government does not show commitment to speak to all parties, then how are they supposed to unite Libya if they can’t even unite themselves? Sagezli is a firm believer in full inclusion. The military and the security sector need reformation. In order to disarm, all the people who became militarized during the past few years and who carry weapons need to be included, and the militias need to be reintegrated.

But reintegration is not easy. “It is a long process that takes many years and involves multiple aspects,” Timothy Reid, a former UN worker in Libya told Al-Monitor. “The longer the conflict goes on, the more difficult it is.” Reid is concerned that if the root causes of the conflict are not addressed and the rule of law is not built up, reintegration is unlikely to work.

According to Ageli, IS is not the main threat to Libyan youth. The biggest problems are the economic situation, social grievances and the breakdown of social cohesion. Today, most of the suicide bombers in Libya are foreign, Ageli said, adding that the day we start seeing Libyan suicide attacks will be the indicator that Libyan youth have grown truly desperate. 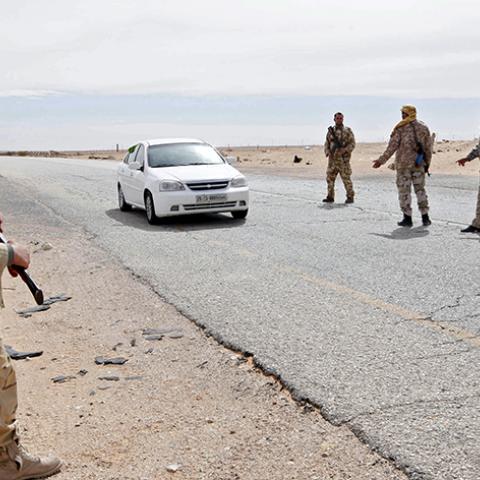 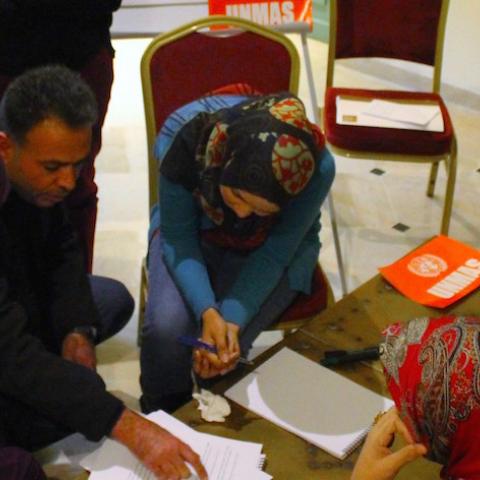 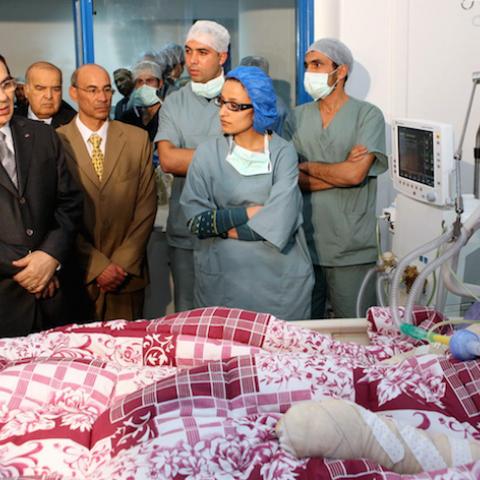