How the Arab Spring impacted Iran

In light of Iran's new openness to the world following the nuclear deal, how do Iranian pro-reform activists interpret the events of the Arab Spring? 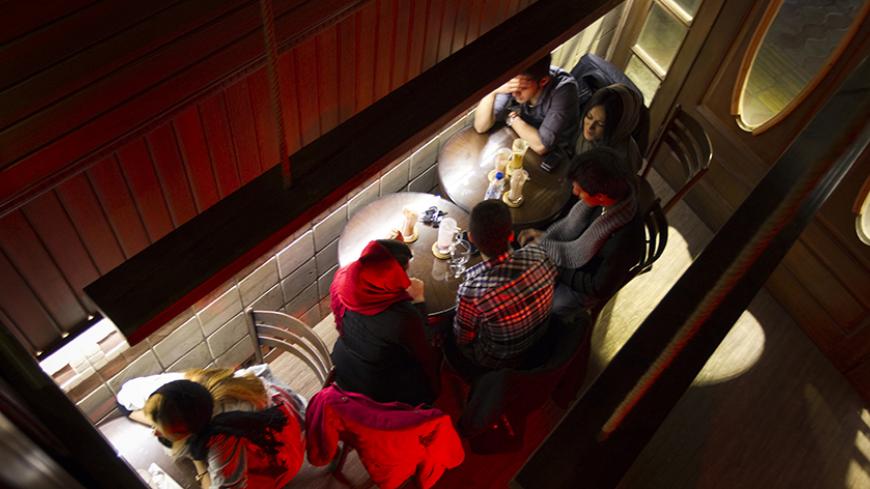 KASHAN, Iran — Some 190 kilometers (120 miles) south of Tehran lies the city of Kashan. There, a group of Iranian university lecturers who are also pro-reform activists gather around a dinner table in a traditional cafe near the old bazaar, which is famous for its carpets. Al-Monitor asked them, How do you see the developments of the Arab Spring and its repercussions for you and your country?

To Iranian Reformists, the Arab Spring is a significant matter. They see it as having had a positive impact on the West’s — including the United States’ — approach toward Iran. However, they also see it as having intensified sectarian divisions, ultimately strengthening conservatives in Iran.

One of the university lecturers, using the pseudonym “Agha,” told Al-Monitor, “We were skeptical about the outbreak of the so-called Arab Spring, its impact on the communities in which it unfolded as well as its repercussions on Iran’s internal scene and on our relations with neighboring and regional countries. Since the beginning of the uprisings … it was clear to us that tribal structures and rural mentalities, in the sociological sense, were still prevailing in the majority of these communities. Thus any potential revolution under such situations and circumstances surely lacked the elements of success to shift the prevailing political regime from autocracy to freedom and liberation. Rather, such revolutions will lead to long and chronic civil wars and attract foreign intervention. This is in addition to exclusionary power struggles between the rebels themselves and between all those whose appetites for power have been awakened by the fall of former rulers.”

Agha emphasized, “It was clear to us that these new conflicts caused by the Arab Spring will sooner or later take on a religious and ideological nature. This will further sow sedition among Sunnis and Shiites, which is neither in Iran’s best interest nor in favor of our vision of the Iranian state.”

“Ehsan,” another pro-reform university lecturer, told Al-Monitor, “We believe that sliding into sectarian strife is a great threat to our country, and a greater threat to our vision … of Iran. It is impossible to consider reform or propose the development of our society, state and economy under the weight of … sectarian conflicts. In order for our ideology to thrive, we need an atmosphere of dialogue and openness. At the outbreak of the Arab Spring … it appeared to us from the status quo in our surroundings that there were three countries qualified to be the Sunni partner or interlocutor with Shiite Iran: namely, Egypt, Saudi Arabia and Turkey.”

Ehsan said, “What happened in Egypt was a shock … but after its advent to power, the [Muslim] Brotherhood — which for almost a century kept demanding justice and equity — quickly adopted practices that have nothing to do with its [previously declared demands]. This led to the military’s return to power. In both cases, Iran lost the opportunity of having Egypt as its Sunni partner.” He added, “As for Saudi Arabia, the problem was and still is more difficult and complex. While Egypt failed to assume the role of Iran’s interlocutor, the Saudi regime deliberately posed as Iran’s fierce religious, sectarian and ideological enemy. The kingdom was keen on every occasion to exert as many sectarian mobilization efforts as possible against our country and our government. … Riyadh's rulers perhaps think that mobilizing the Sunni world against Tehran is the best way to win the series of wars they are waging. Ultimately, this killed all chances of a possible dialogue-based Iranian rapprochement with Saudi Arabia.” As for Turkey, Ehsan said, “[President Recep Tayyip] Erdogan's behavior was very similar to that of the Muslim Brotherhood in Egypt. He did not hesitate to adopt a sectarian discourse and mobilization-based policies against non-Sunnis. This deprived us of any chance of having a possible Sunni partner or interlocutor in our surroundings and in the region.”

One of the pro-reform activists, a professor of history, told Al-Monitor on condition of anonymity, “We are caught between a rock and a hard place. On the one hand, we face the escalation of sectarian tension in the Sunni countries against Shiites and Iranians. On the other hand, we are further confronted with the Shiite reaction inside Iran against any moderate voices calling for reform or openness. A popular Iranian historian once said that Iran is made up of an accurate and deep equation between two components: the historical state of Persia and Islam as a comprehensive lifestyle. These two components may not be separated, and one of them cannot prevail over the other. According to the same logic, Iran turning into a pure Islamic state without its Persian identity is also a threat to its stability and balance. This is the reaction we feared that the events of the Arab Spring in our surroundings would conjure. This is especially true as a result of the absence of any real Sunni partner or interlocutor in a … regional dialogue that can lead Islam and our societies toward development and modernity.”

Agha concluded, “We believe that Iran, after the nuclear deal, will start a new course. We hope the Sunnis will follow suit. When Shiite radicalism emerged in Iran, it was coupled with the emergence of Sunni radicalism. Now we are heading toward openness and moderation, and we hope they [Sunnis] will do the same; otherwise, this will be a disaster for everyone.”

Reformists in Iran are pondering over two key developments from the past five years: Iran’s openness to the West and the increased Sunni militancy aimed at Iran. This is especially true since the Arab Spring shifted from being liberal popular movements to Sunni fundamentalism in Libya, Iraq, Syria and even Egypt. Thus, Iranian Reformists find themselves standing at a crossroads; they hope that the nuclear deal will lead to the Iranian regime moving toward further openness and moderation. Meanwhile, they fear that the West will only go for the nuclear deal — securing its political and economic interests — and turn a blind eye to the oppression of the Reformist movement. They also fear that the Sunni fundamentalism surrounding Iran, which serves as an excuse for domestic conservatives to target Reformists, will become grounds for popular mobilization within Iran to the benefit of radicals.

Nevertheless, Iranian Reformists entertain hope that the Arab Spring will return to the right track and produce, at a later stage, civil governments in Sunni states. Most of all, they agree that the Iranian state cannot continue with its current approach and that things are bound to change.