Why Tehran matters so much in Iranian politics

While the final nationwide results of Iran’s Feb. 26 elections have yet to be announced, it is clear that the elections have produced a stunning victory for the Reformist-moderate List of Hope alliance in Tehran. But why do electoral gains in the relatively small Tehran constituency mean so much? 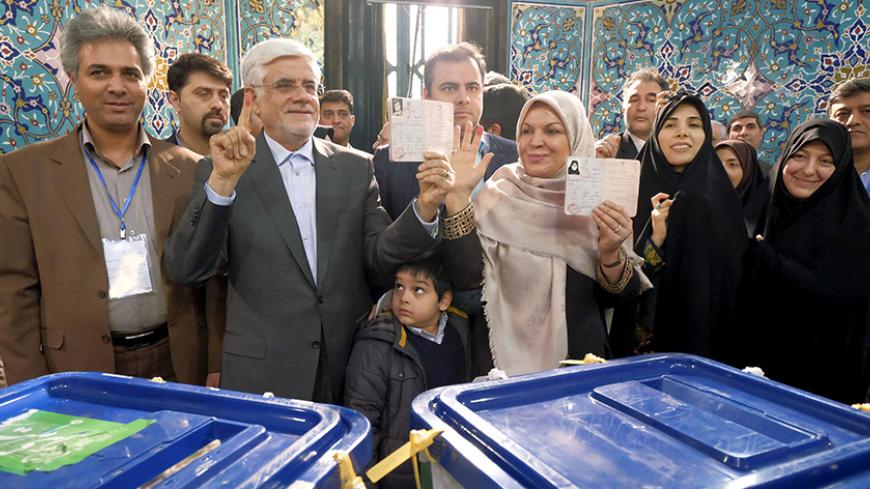 Iranian candidate for the parliamentary elections and leader of the List of Hope alliance Mohammad Reza Aref and his wife show their ink-stained fingers after casting their ballots in Tehran, Feb. 26, 2016. - REUTERS/Raheb Homavandi 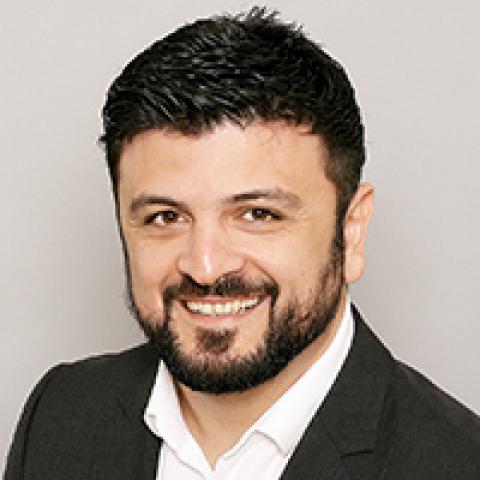 Three days after key parliamentary and Assembly of Experts elections, vote counting is still ongoing in Iran. Final nationwide results are expected to be announced Feb. 29 for the assembly, and on March 1 for parliament. What is clear so far, however, is that in Tehran province — the largest and politically most sensitive constituency — the elections have produced a stunning victory for the Reformist-moderate List of Hope alliance. According to the Interior Ministry, this pro-government coalition has won all 30 parliamentary seats up for grabs in the Tehran constituency. Meanwhile, all but one of the 16 Tehran seats in the 88-member Assembly of Experts will be in the hands of this alliance of Reformists, moderates and government-leaning Principlists.

Tehran is the epicenter of Iranian politics. It is the main theater for the power struggles between competing factions and state institutions, as it is home to virtually all major state bodies. Thus, the outcomes of these dynamics shape the broader political climate in the Islamic Republic. Against this backdrop, the electoral victory of the Reformist-moderate coalition in Tehran is significant and also carries high political symbolism.

The nature of the interplay between the legislative and executive branches will have a major impact on the political future of moderate President Hassan Rouhani, who is expected to seek a second term in the 2017 presidential vote. To this end, the Tehran seats in parliament are of particular significance since they will greatly impact whether the Rouhani administration will be backed by the legislature. The reason for the outsized political weight of these members of parliament is that they are among the most prominent and known across the country, and as such have the capability to set the tone for the overall discourse and political climate.

Economic conditions in Iran will remain the key challenge for the administration. Rouhani needs to address the dire need for managerial development and also foreign direct investment, in line with what Supreme Leader Ayatollah Ali Khamenei has been demanding in numerous speeches. Such an endeavor needs to be facilitated by legislation. A strong Rouhani-friendly faction in parliament can be crucial to this end.

Yet despite the landslide Reformist-moderate win in Tehran, the other 260 seats in parliament are up for grabs in constituencies where local affairs matter much more than partisanship and national politics. Voters outside the Iranian capital care much less about whether the candidates in their districts are Reformist, moderate or Principlist. Regional issues such as infrastructural development (roads, hospitals, schools, etc.) and economic conditions (employment, housing, etc.) are as significant as local dimensions such as sect, kinship and ethnic identities.

But beyond regional challenges and local dynamics, the improvement of living conditions matter the most for the broader electorate, including voters outside Tehran. Hence, while current projections of the makeup of the next parliament may suggest an overall majority for Principlists, their conduct will likely focus on local economic conditions rather than partisan politics by default. Given the central nature of governance in Iran, this can turn out to be an advantage for the Rouhani administration. Members of parliament in the provinces can be counted on to seek good relations with the central government and the government-friendly List of Hope in order to seek economic development in their constituencies.

In the race for the 16 Assembly of Experts' seats in Tehran, there is huge symbolic meaning in Expediency Council Chairman Ayatollah Ali Akbar Hashemi Rafsanjani coming in first and Guardian Council Chairman Ayatollah Ahmad Jannati in 16th place. But this is only symbolic. Formally, the number of votes each candidate receives — as long as he receives enough to enter the Assembly of Experts — bears no automatic corresponding political weight.

However, given the heightened relevance of the upcoming fifth term of the Assembly of Experts — due to the probability of it having to determine the nature of succession for Ayatollah Khamenei — symbolic political capital will be essential. Personas matter greatly in the Assembly of Experts, where unlike in parliament, party affiliations or the alignment with an electoral roster is only of marginal relevance.

The questions the next Assembly of Experts will have to address are both personal and systemic. Personal, because the Assembly of Experts will have to decide whether there is a clerical figure with adequate authority among the clerical, political and security establishment who can be elevated to the position of supreme leader, while the systemic question will have to be raised if the Assembly of Experts fails to agree on a single candidate and, therefore, moves to introduce a "Leadership Council" to assume the duties of the velayat-e faqih. In this event, the Assembly of Experts will not only have to decide on the composition of this council, but also determine its interplay with other state institutions. In this vein, it should be noted that it would be shortsighted to believe that the establishment of a Leadership Council would by default lead to a decentralization of power in the Iranian political system. Indeed, the latter may very well further weaken the influence of the elected institutions of the Islamic Republic.

As the struggle over the nature of the Islamic Republic continues, key decision-makers in Tehran will — as in the past — push hard to steer the political system either toward its republican or theocratic character. To this end, the electoral success in Tehran of figures close to the Reformist camp and that of Ayatollah Rafsanjani can be viewed as a significant win for those who push toward more republicanism within the Islamic Republic. However, it must not be overlooked that this victory may very well be temporary.