Turks expressed their outrage at a response by the Religious Affairs Directorate to a question involving incest. 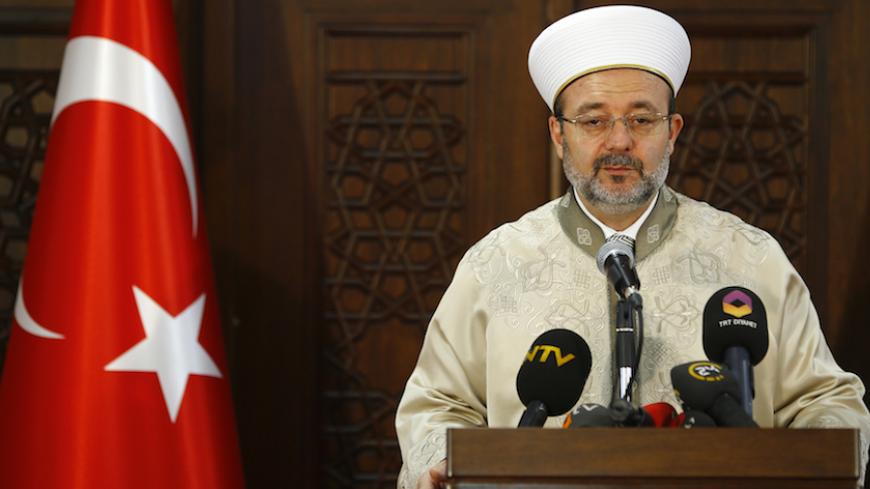 The newspaper Birgun shared a screen grab of a Diyanet Q&A in which an anonymous visitor to the interactive site had posed the question, “Would my marriage be void if I lust for my own daughter?” The Quran (4:23) prohibits incest, as does Turkish law, making the answer of an unidentified ulama (religious scholar) to this question all the more shocking. He stated, “There is a difference of opinion on the matter among Islam's different schools of thought. For some, a father kissing his daughter with lust or caressing her with desire has no effect on the man's marriage.” He went on to assert that according to the Hanafi school of Islamic thought, the mother would be “forbidden” to such a man. After elaborating in graphic and disturbing detail about girls' attire, he suggested, “The girl should be over nine years of age.” He also referred to writings by particular religious scholars and gave a concluding explanation about differences in sexual arousal between males and females.

Although the religious ruling, or fatwa, appeared on Diyanet’s own website for all to read, the directorate appeared to be more upset at the press for publicizing it and the people who shared it on social media. The reactions by those trying to defend Diyanet were as mind-boggling as the fatwa itself, which was removed from the website Jan. 8.

Hilal Kaplan, a columnist for the pro-Justice and Development Party (AKP) daily Sabah, issued a series of related tweets. In one she wrote, “The question raised here is whether or not the marriage commitment would be nullified. The enemies of Islam, those who want to hurt Diyanet, are the ones reflecting on the answer as halal, 'permissible.' [They] are the real perverts. They must be the ones writing this question, as they are the ones spreading the private answer written in a private conversation.”

In addition to ignoring or overlooking that the question as well as the answer were not private, but posted on a Diyanet Web page accessible to the public, Kaplan attempted to compare civil law with religious law, asking which is more perverted. She finished her tweets stating, “There are no lessons for Muslims from those who have chosen perversion as their religion.” The tweet elicited harsh and slur-filled reactions.

Another Sabah columnist, Meryem Gayberi, took things a step further, assigning blame for the answer to the AKP's rival, the Gulenist movement, accused of being a “parallel structure” by AKP supporters. Gayberi tweeted, “The questions posed to Diyanet’s fatwa link, and the answers, and how promptly they appeared in the press indicate that Diyanet is not yet cleared of parallel [Gulenists].”

While dozens of replies rolled in ridiculing Gayberi, Minister of Justice Bekir Bozdag concurred with her on Twitter. Bozdag admonished everyone not to take sides without understanding the matter and claimed the episode was an attempt to taint Diyanet’s reputation. He alleged that Gulenists, their supporters, people uncomfortable with religion and pious people were responsible for perpetrating the incident. Many courageously responded to him, knowing that any criticism of Diyanet, because it is a government institution, would be sufficient to be labeled an Islamophobe or an enemy of Islam by defensive AKP trolls on social media.

With most of the public outcry focusing on the pedophilia and incest implied by the Q&A, and although Diyanet had acted to remove the “lust fatwa” from its website, no pronouncement was immediately forthcoming from the director or any other government office. Diyanet did not even attempt to clarify the fatwa's content. In fact, due to protests, Diyanet's director, Mehmet Gormez, canceled a TV appearance the same day the fatwa became the news.

In Ankara, a group of women protesting outside the directorate were taken into custody Jan. 9. On Jan. 12, newspapers reported that the “Hello Fatwa” phone line had been disconnected, and Diyanet was investigating an alternative method for responding to the public’s questions that would not permit “abuses.” Finally, on Jan. 14, Gormez acknowledged the controversy, admitting that a mistake had been made and saying that the person who had responded to the question was under institutional investigation.

Diyanet has repeatedly been at the center of controversy. Its growth, through increased financial support and personnel, have led to closer public scrutiny of its agenda, but without concrete results as of yet. Diyanet has made headlines on a number of recent occasions.

On Dec. 31, the directorate made the news with its “engaged couples fatwa,” warning that couples should not be left alone, nor should they hold hands, during their engagement. When Al-Monitor asked a prominent imam about the rationale behind the fatwa, he replied on the condition of anonymity, “We are under pressure from young couples and their parents to perform religious weddings [which are not legally binding]. Once they get the religious approval, if the marriage is consummated and the couple breaks up [before their civil ceremony], then the young women become victims.”

Diyanet is well aware that the demand for religious marriage comes with a cost, and it is therefore trying to persuade couples to refrain from sex prior to officially being married in the eyes of the state. A medical doctor told Al-Monitor, “I am not surprised about this announcement from Diyanet. Vaginal reconstruction surgeries have skyrocketed in the last couple of years among the most conservative groups. And frankly, most of these women are victims of failed religious marriages [without the legal protections of recognized marriage]. It is a lucrative sector, as private doctors set their own prices depending on the level of confidentiality required.”

The headlines on Jan. 4 reported that Diyanet had declared marriage to Alevis impermissible. “According to Islam, a Muslim woman can only wed a Muslim man,” Diyanet responded to a question on the matter. A week later, on Jan. 10, Diyanet was reported to have announced that anyone having an abortion should donate 5 camels or 221 grams of gold.

Several women’s groups have demanded that Diyanet stop obsessing about women’s bodies and sexuality and instead focus on corruption, bribery, rape, sexual harassment, children’s rights, murder of women, poverty and hunger. In addition, opposition parties have asked for Gormez' resignation and an investigation into lavish spending by the directorate. So far, their pleas have fallen on deaf ears.