4 ways Russia could retaliate against Turkey

Russia is mulling its limited options for dealing with Turkey without hurting itself in the process. 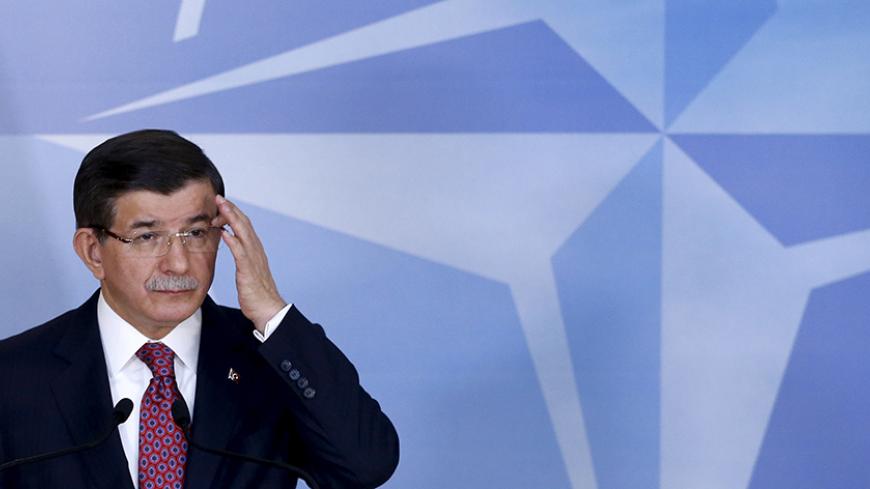 As the emotional heat from Turkey’s downing of a Russian military plane dissipates, Moscow has been pondering its retaliation. Doing real damage to Ankara, however, is proving easier said than done. Many of the drastic options initially proposed by some pro-Kremlin experts — such as arming the Kurds or retaliating militarily — have tuned out to be more nuanced than originally thought.

By backing down from his harsh rhetoric and seeking to meet with Russian President Vladimir Putin to calm escalating hostilities, Turkish President Recep Tayyip Erdogan created the impression he was looking for an exit strategy in the emerging conflict with Russia.

Putin is still in pursuit of a well-balanced yet decisive and effective response. At this point, however, Russian options are limited and, as it turns out, look bad for all parties. Even some of the steps Russia has already taken, such as visa requirements, travel bans and trade restrictions, are considered by many in Russia as half measures, as they do not demonstrate any palpable damage to Turkey. However, any strong action will complicate things even more and drag Russia further into the Middle East.

There currently are four groups of retaliatory options the Kremlin might consider.

First is the military option, which severely concerns some and excites others. To the delight of the first and disappointment of the latter, it’s highly unlikely that Russia will stage a military retaliation in any form, let alone a direct, head-on strike. NATO members are not particularly happy with what their Turkish partner did. Neither are they excited about the way Erdogan tried to manage the aftermath.

“His hot-tempered moves drove a wedge into the decades-strong unity of the alliance,” said a German NATO official on condition of anonymity.

There’s every likelihood that NATO as an organization will end up politically split over the matter, which is not what the alliance needs now in the face of daunting security challenges to Europe.

Second, the economic response looks like the most obvious, especially in light of the steps Moscow has already taken. However, the Russian economy is in bad shape and the Russian leadership is not interested in making matters worse.

“Harsher sanctions, should they be applied, would hurt the Russian economy a lot more than that of Turkey,” said economist Sergei Khestanov of the Russian Academy of National Economy and State Service.

There are two other options Moscow could consider that would be both costly to Erdogan politically and painful for Turkey in the long run.

The option Moscow would most likely pursue entails painting Erdogan and his close associates as “accomplices of terrorists.” This strategy would be designed to diminish Western support for the Turkish government and force Turkey to physically demonstrate that its alleged struggle against the Islamic State (IS) is real and tangible. If Turkey’s leadership fails to do so, Erdogan’s profile will deteriorate further internationally. It won’t necessarily make him more cooperative; in fact, it might be quite the opposite, given his impulsive and ambitious nature. But then, that kind of reaction could back up Russia’s argument that Erdogan’s behavior is reckless and irresponsible.

The Russian Defense Ministry said it has already presented Moscow-based military attaches of foreign embassies with “concrete evidence” of Turkey smuggling oil in cooperation with IS. The accusation has echoed in the public and resulted in calls for journalists to investigate the issue in the West, Middle East and Turkey itself. Even though some found the “evidence” rather flawed, Russia’s Defense Ministry claims it will present more photo and video footage to prove its charge.

The last, but definitely not least, retaliatory option for Moscow has to do with raising the stakes regarding Turkish domestic security. Putin’s promise to “not forget what happened” in his recent address to the Federal Assembly may mean exactly that: long-term security complications. The Kurdish issue could rise from the dead in Russian public discourse. But such an approach would be a lengthy and resource-demanding process requiring a lot of fine work. This wouldn’t provide the fast response the public wants to see; by the time it gets implemented, the impetus for retaliation might lose its steam. Most importantly, the approach also would have a lot of drawbacks for Russia itself, since Russia’s own domestic structure has vulnerabilities Turkey can easily exploit through its channels.

For years, Ankara has been forging ties with Russia’s massive Turkic population, from the North Caucasus to the Ural region and now to the Crimean Peninsula. In fact, these groups seem most concerned over the future of the bilateral relations. An ethnic Karachay senior religious leader in the North Caucasus told Al-Monitor, “We have found ourselves between the Turkish anvil and the Russian hammer. If anything, we wouldn’t want to make a choice between our loyalty to Russia and sympathy to ‘things Turkish.’”

The feeling is largely shared, with larger geopolitical and economic stakes, by two of Russia’s immediate neighbors, Azerbaijan and Kazakhstan. The two are extremely uneasy about the ongoing spat between Moscow and Ankara and are looking for ways to mediate the suddenly emerged conflict. In a phone conversation with Erdogan, President Nursultan Nazarbayev of Kazakhstan suggested establishing a Russian-Turkish commission to investigate the downing of the plane and establish responsibility.

Nevertheless, the domestic-security option is not entirely off the table for Moscow and is likely to be considered down the road, even though Russia is reluctant to exploit it for now.

So far, the visible losers in the conflict are the groups in both countries that have been involved in bilateral work at all levels: People-to-people contacts, academic exchanges and scientific projects have suffered most. This paves the way for a dangerous trend where incompetence rather than expertise dominates the public discourse, while different phobias further narrow the options for settling the conflict.