How will relations between Jews and Palestinians in Israel be restored?

Israelis can't rely on politicians to help repair fraught relations between Jewish and Arab citizens, because they are in part responsible for the incitement highlighted by the recent wave of stabbing attacks. 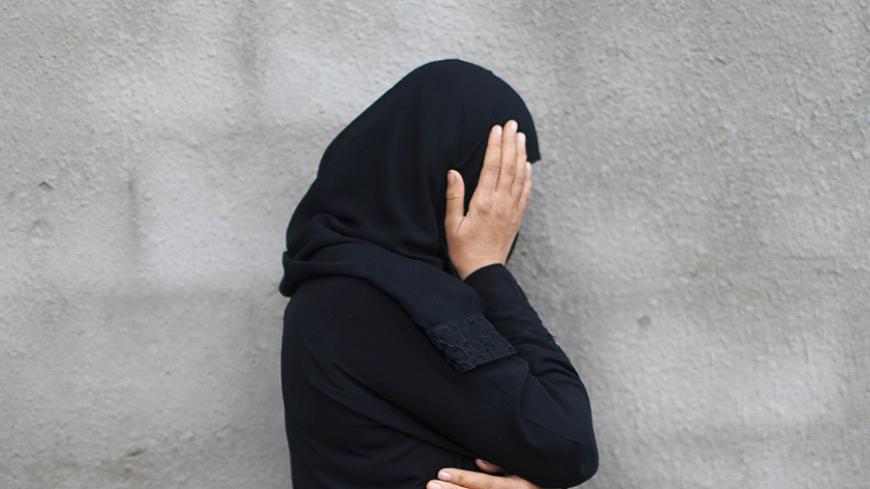 A relative of Palestinian Khalil Obeid, who died on Saturday from a wound he sustained during clashes with the Israeli troops, mourns during his funeral in Khan Yunis in the southern Gaza Strip, Oct. 25, 2015. - REUTERS/Ibraheem Abu Mustafa

The line was crossed during Operation Protective Edge in the summer of 2014 and resulted in the recent wave of terror attacks. The public discourse surrounding Israeli Arabs has become violent, racist and dangerous.

The rift was created despite the low degree of involvement of Palestinian Israelis in the recent wave of terror. Out of the 75 terror attacks perpetrated during the month of October, only two assailants were Palestinian Israelis: Alaa Raed Ahmad Ziwad, who carried out a stabbing and vehicular attack Oct. 11 in Gan Shmuel, and Mohannad Khalil Salam al-Okbi, from the Bedouin community near Hura, who on Oct. 18 carried out an attack in Beersheba. Asra Zidan Abed, from Nazareth, to whom an Oct. 9 attack in Afula was initially attributed, suffers, it seems, from a mental disorder. An investigation revealed that she was waving a knife at security forces because she wanted to commit suicide.

In light of the dozens of terror attacks in recent weeks, the Jewish public suspects, and rightly so, that everyone is a potential threat and might pull out a knife or some other sharp implement to carry out a bloody attack. “Anyone with Arab or Middle Eastern facial features is being very careful,” a floor manager at a Jaffa restaurant that only employs Arabs told Al-Monitor on condition of anonymity. He pointed to a young man walking down the street wearing a T-shirt that read, “I’m an Iraqi Jew. Don’t shoot me.”

“That’s not funny,” he explained. “Jews from North African or Middle Eastern origins with those facial features put on shirts saying they are Jews so that nobody will mistake them for Arabs. There are shirts like this for Moroccan, Tunisian and Yemeni [Jews]. Look what’s become of us.”

Whether the T-shirt makers were trying to be funny or simply taking advantage of the escalation in the security situation to make a fast buck, these shirts would not have become such a hit if so many Israelis were not rightly concerned about being caught in the middle of a terror incident or being injured in a case of mistaken identity, which has happened on more than one occasion.

Sweepingly calling into question the loyalty of Arab Israelis is the result of ongoing, unbridled incitement by Israeli politicians. Beginning with Prime Minister Benjamin Netanyahu’s warning on election day, March 17, that “Arabs are voting in droves,” it moved on from there to right-wing Knesset members, chief among them former Foreign Minister Avigdor Liberman, who called Arab Israelis a “fifth column,” accusing them of trying to destroy the State of Israel. Not helping matters were Arab Knesset members from the Joint List, mainly from the Balad Party, who engender a hostile climate between the two communities.

When right-wing ministers and Knesset members lump together the involvement of the northern chapter of the Islamic Movement in Israel over the Temple Mount and the direct involvement of Arab Israelis in terror attacks, it means that the steps to allay concerns, mend fences and advocate reconciliation will not come from politicians.

A decline in the number of attacks has been noted in recent days, but even when things quiet down completely, it will take a long time to undo the devastating damage to the charged relations between Jews and Arabs. The only way to rebuild relations, if that is even possible, is by taking conciliatory steps.

On Nov. 1, I grabbed a taxi in Tel Aviv. The driver, boasting that since the start of the stabbing attacks, he had not taken on any Arab passengers, told me, “All Arabs are collaborators. They can’t be trusted. They should leave, go away from here.”

He went on, “I’m not a racist, really I’m not. Many years ago my dad had Arab workers from Gaza who used to live with us. But today that’s it. It’s over. No Arab will get into my cab, not one. And I’m not the only one who thinks that way. Almost every cabbie I talk to says the same thing. We have an agreement between us that we don’t pull over for an Arab, regardless of whether he is a pharmacist, a doctor or a university professor. An Arab is always an Arab.”

The cab pulled up in front of a restaurant at the Tel Aviv port. Realizing that one of the waiters there was an Arab Israeli, the driver quickly covered his face. “Look he’s coming over here,” he said. “I used to be a regular here, but now they won’t see a penny out of me.” Tapping lightly on the window, the waiter said with a broad smile, “Hey Mordoch, where have you been? Come in bro, grab a bite.” Rudely rejecting the offer, the driver replied, “I have no time for you [all].” The smile instantly disappeared from the waiter’s face. It seems he understood what was going on. All the other restaurants in the area looked packed, except for this one, which mainly employs Arabs.

At a nearby cafe, I was approached by a waiter who recognized me as a journalist. Speaking quietly, he said, “I’m from Tira [an Israeli Arab town].” Requesting anonymity, he said that his Jewish boss supports him, but because of the current situation, he had had to change his name from the Arabic Yunis to the Israeli-Jewish-sounding Yoni. Yunis remarked, “Sometimes the waiters and the cooks call out, ‘Yoni’, ‘Yoni,’ but I don’t reply. I still haven’t gotten used to the fact that that’s my new name.” In response to being asked if his employer had urged him to change his name, Yunis smiled, but didn't say a word.

In another jam-packed restaurant, I saw a young couple. The woman, clearly pregnant, was wearing a burqa. Her husband was sitting by her side. Seated in the middle of the restaurant, they were surrounded by Jewish patrons. “You can print our names,” the husband told me. “I’m Nahed, and this is my wife, Nissrin. We’re from Jaffa, and we’re not scared. This is our country as much as it is yours. You and we have to get used to it.” Nissrin added that in the future, she would teach the daughter she is carrying to live in peace with everyone — Jews, Muslims, Christians.

There are some long-time Israeli businesspeople who especially at this time continue to insist on hiring Arabs and even increasing their numbers in their companies. One of them, the owner of a large supermarket chain who requested anonymity, explained to Al-Monitor, “I hire Jews and Arabs together, regardless of color, religion or sex. I do it all the time. Only this way, together, will they get to know each other and realize that generalizations are a terrible thing.”

That’s what it’s really all about. There is no silver bullet. We need to get to know each other, but mainly, as the businessman observed, “not to be afraid at all,” a reference to Rabbi Breslov's saying that the main thing in life is not to be afraid.