August brought a stifling heat wave to Egypt, where the short-staffed medical centers of small villages were overrun by patients and officials downplayed the number of deaths. 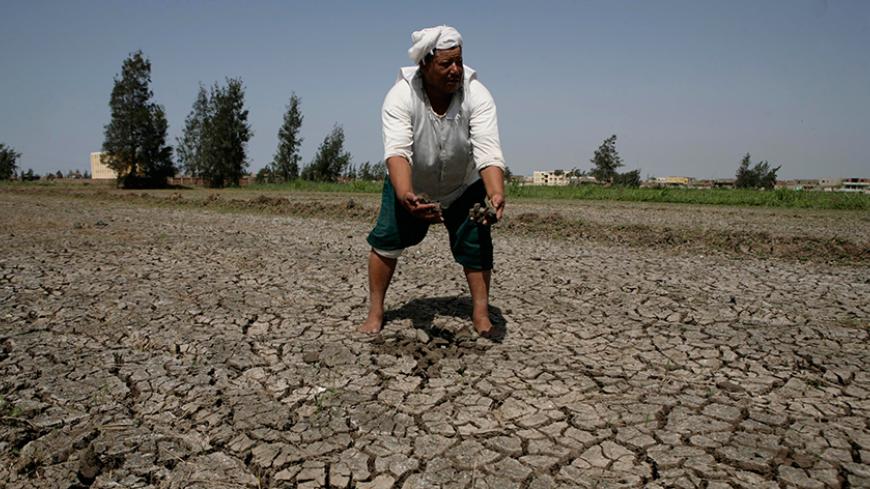 An Egyptian farmer removes pieces of cracked earth from his fields in a village near Balqis, northeast of Cairo, June 14, 2008. - REUTERS/Nasser Nuri 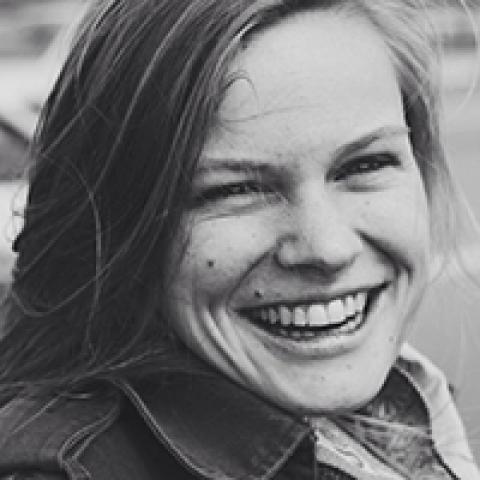 Ahmed Rizq watched the mercury in his thermometer rise: 118, 127 … 131 degrees Fahrenheit. It rose higher than he had ever seen it go before. And then it stayed there — for more than three weeks. Rizq had lived in Aswan in the very south of Egypt his whole life; he could take a little heat. But August 2015 was a new kind of hot. It was the sort of hot that could kill you.

By Aug. 10, the Ministry of Health had begun emailing flyers to hospitals all around the country, encouraging citizens to stay at home if possible and avoid prolonged exposure to direct sunlight. But those flyers never reached the desert village of Ladid. Even if they had, they wouldn’t have made a difference, said Rizq, a public health researcher and human rights lawyer for the Egyptian Center for Economic and Social Rights.

“The village is close to a mountain in the desert,” Rizq told Al-Monitor. “There isn’t a water source inside. You’re outside the agricultural area by some kilometers.”

Ladid, like most small Egyptian villages, is served by a modest medical center. In general, these centers are well-equipped but lack the staff to run them, Rizq said, because anyone who can get enough medical experience to get out of his village usually does. The closest hospital is in Edfu, about an hour and a half away by public transportation. By mid-August, Ladid’s residents were shuttling their sick and dying to and from the general hospitals in Edfu, Luxor and Aswan. “There was a very high number and the hospital had far more people than it was equipped to handle,” Rizq said.

Ladid was hardly the only village overwhelmed by the crushing heat. As August crept along and the heat wave persisted, city hospitals became overrun as patients poured in from surrounding rural villages. The Luxor International Hospital, widely considered the best hospital south of Assiut, was overflowing.

“The emergency wing can treat up to 300 patients at a time, 50 at a time in the ICU,” an emergency room doctor told Al-Monitor. He asked not to be named, as he had been instructed not to speak to the press about the heat wave. “We were always full. People had to wait.”

“They would take them to the local medical center and then to the hospital in Edfu and they would die there or on the way,” Ibrahim said. “But the government didn’t count these as heat-related deaths. They said they died of high blood pressure or liver problems or heart problems.”

And so when the Ministry of Health announced the official tally of heat-wave casualties Aug. 16, Ladid’s dead were not counted among them. As it stands, the official death toll for the entire country reached 110 this summer, with 11 casualties from Aswan. But dozens, if not hundreds more, have gone unaccounted for, said Rizq, asking, “They say [the Ladid villagers] died of natural causes, but how can you tell me 13 people from the same place died in one week from natural causes?”

The emergency room doctor at the Luxor International Hospital told Al-Monitor that plenty of heatstroke cases went undocumented. “Officially, we maybe had five diagnosed cases a day of heatstroke, but we certainly saw a noticeable rise in heat deaths this summer, even if not all were documented,” he said.

“Each doctor has to make his own diagnosis. One could write 'heat stroke' and another could write ‘acute renal failure’ and he wouldn’t necessarily be wrong,” Rizq added.

“All I know is what we observe, and that’s that when the temperature goes up, the number of deaths goes up,” Aswan resident Khaled Sadek told Al-Monitor. “We don’t have conclusive proof that the heat was what caused the deaths. … Hospitals, when they get cases like these, have a lot of causes they can pick from. But that’s not actually helpful for researching the problem and understanding what’s going on here.”

What’s going on, in a nutshell, is that Egypt is seemingly getting hotter with every passing year. As of 2010, data from the Egyptian Meteorological Authority showed that Egypt’s five hottest years in recorded history have occurred from 2002 onward. The data also showed that heat waves are becoming more common and prolonged. The study showed that from 2001 to 2010, Aswan recorded more than 100 summer heat wave days, whereas in the 1970s, that number was closer to 40.

And as this past summer revealed, the heat is starting to take its toll. Rizq estimated that there were no fewer than 50 deaths in Aswan governorate alone — but these casualties are just the tip of the iceberg. Dr. Bahaa George, an obstetrician at the more modest Luxor General Hospital, said the heat also endangers unborn children and their mothers.

“When you are pregnant, you are particularly at risk of dehydration,” George told Al-Monitor. “It can severely affect the amniotic fluid. If the mother is dehydrated, she will draw her amniotic fluid from her urine. There will also be comparatively less blood flow to the fetus and the baby’s immunity will be lower.”

While George said it was too soon for him to have noticed any trends in maternal or infant mortality as a result, he did say the heat was harming his patients and could cause further problems down the road.

Additionally, rising temperatures can lead to an increase in parasitic diseases, Wael Lotfy, a professor of parasitology at the faculty of medical research at Alexandria University, told Al-Monitor. What worries him most is the possibility that in the next three or four decades, malaria could be reintroduced to Egypt if malaria-carrying mosquitoes begin to migrate north from Sudan.

“With global warming it is possible that the range of Anapholese gambiae [a malaria-carrying mosquito] will expand to Egypt, and hence introduce the parasite to the country,” Lotfy said. The mosquito species has already been reported in Aswan and Toshka, Lotfy said, though the ones tested were not carrying malaria.

Now more than ever, the Ministry of Health needs to ensure the accurate reporting of parasitic diseases and monitor their spread, Lotfy said. Other than that, though, there isn’t much anyone can do but wait and see. That part is the hardest for Sadek: to know the future of his homeland is out of his hands.

“Most of these poor people aren’t part of the problem. They use simple tools that don’t hurt the environment. But then the end result is a lot of problems fall on them,” Sadek said. “I don’t want to live in a skyscraper. I just want to live on an island with water around me and a clean environment beneath me. You can live in a skyscraper if you want, but don’t you choose something that’s going to hurt me in the end. Live the way you want to live but don’t live in such a way that will hurt me here.”

The author's recent trip through Egypt was supported by a grant from the Earth Journalism Network.