An Israeli envoy has revealed that Prime Minister Benjamin Netanyahu had agreed to meet secretly with Palestinian President Mahmoud Abbas. 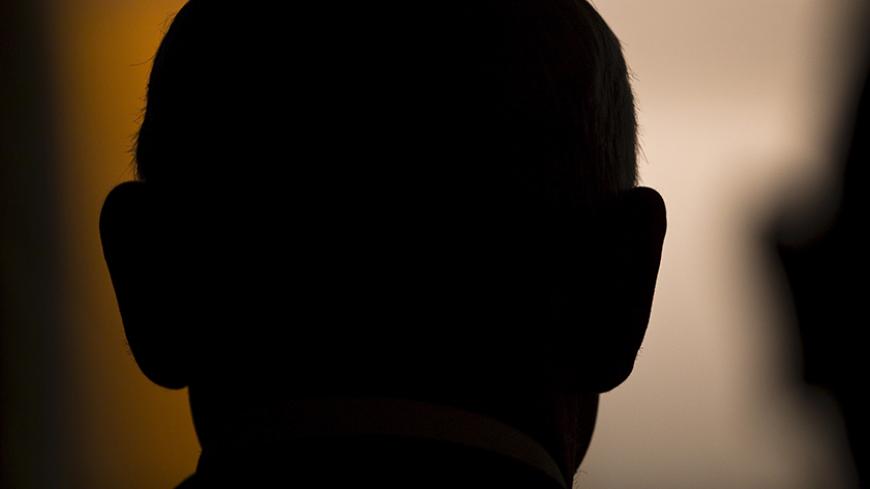 At the end of August, about 10 days before the Jewish New Year, Palestinian President Mahmoud Abbas asked his people to put him in contact with an Israeli political personage with whom he is closely acquainted. He had served as Knesset member and minister in numerous Israeli governments, had recently resigned from politics, is well-connected with the top political brass and is closely familiar with Prime Minister Benjamin Netanyahu. Abbas asked the man to visit the Palestinian Authority headquarters in Ramallah. The man willingly agreed. Several days later, they met; it was around a week before the end of the Hebrew year.

In private discussions after the tête-à-tête, speaking on condition of anonymity, the Israeli intermediary described Abbas as an isolated, gloomy, despairing leader who is counting the days and begging for help. He is considering resigning from his post, to “call the Israeli General Head of Command and give him the keys to the West Bank.” Abbas is not capable of giving hope to his people, and he reports “total disconnection from the Israelis," saying, "They are making fools out of us. I can’t do a thing without Israel’s approval. Everything is stuck. No negotiations, agreements aren’t implemented. I have no choice left.”

The intermediary tried to encourage him and talk him out of his bad spirits. He begged Abbas not to resign. “It will cause all the other people who still believe in the peace process to despair,” he told him. “Also, there’s no one to replace you. A catastrophe can happen if you quit.” And then Abbas reportedly told him, “I want to make peace. I know that the Israelis don’t believe me, but I really do want it. I know that if I do it, my fate could be like that of [Egyptian President Anwar] Sadat and [Israeli Prime Minister Yitzhak] Rabin, but I don’t care.”

Abbas asked him to carry this message to Netanyahu. The Israeli intermediary willingly agreed. The very next day, he sat across from Netanyahu in Jerusalem and made his report. “The situation is dangerous,” he told the prime minister. “It leads us nowhere. [Abbas] is desperate. There might be an explosion. What, do you really want to run the West Bank on your own?” he asked Netanyahu. In the course of the conversation, the Israeli raised a proposition. “Let’s organize a secret meeting between the two of you, in my house. No one will know about it. Now, immediately, within the next two days, even before Rosh Hashana. What do you say?”

To his surprise, Netanyahu thought for a few seconds and then agreed. “No problem. If he comes, I’ll come.” In essence, the Israeli intermediary had proposed to set up a secret channel between Netanyahu and Abbas. “Official, media-covered meetings now can only cause damage,” he said. “You two have to sit alone behind closed doors and break the ice.” Netanyahu agreed.

The Israeli returned home and tried to make contact with Abbas, but was unable to reach him. The Palestinian president's assistants screened his calls, saying he was busy at meetings and would get back to him after the holiday. The intermediary insisted that it was urgent, that he had an important message, but his efforts bore no fruit. He understood that something had happened on the other side.

After a short time, Abbas flew to Paris on Sept. 21. There, he met with four retired Israeli ambassadors who had served in France. The meeting was covered by the Israeli media, which reported that Abbas had said he was willing to meet with Netanyahu, but a “third party” had blocked the meeting. After a few days, it emerged that Abbas had been referring to the Americans. According to Abbas, Secretary of State John Kerry felt that an unplanned meeting between Abbas and Netanyahu might not go well and could cause damage and prompt an explosion. State Department spokesman John Kirby, however, said the details “were not accurate.” One way or the other, the meeting never got off the ground.

“That was a terrible mistake,” the Israeli told Al-Monitor this week. “Such a meeting would not have caused an explosion; on the contrary, it would have prevented it. If we were talking about an official, media-covered talk, then perhaps the Americans would have been right. But the meeting that was supposed to have been held in my home was not that kind of forum. It would have remained secret; it would not have caused damage to either side and would have helped to break the ice between them. I am sorry that the Americans didn’t understand that.”

Now all that is left for both sides is to pick up the pieces. In recent weeks, ever since the eruption of the terror wave nicknamed by some the “knife intifada,” Netanyahu has turned Abbas into a punching bag. Of course, it must be noted that the Palestinian president only got what was coming to him. His incendiary statements approving the recent terror attacks are inflaming the atmosphere in Israel. The PA media outlets continue the incitement and stoke the rumors regarding Israeli intentions to change the status quo on the Temple Mount. And an official statement from Fatah this week elucidated that the “occupation” also refers to the territories conquered before the Six Day War in 1967. Such a statement negates the very existence of the State of Israel that was established in 1948, and in effect views all its land as “occupied territory.”

Netanyahu, who isn't one to shrink from a fight, caused a ruckus Oct. 20 in the speech he delivered to the Zionist Congress in Jerusalem. Netanyahu noted that at the outset, Adolf Hitler actually hadn't wanted to exterminate the Jews, but only to expel them. According to the prime minister, Jerusalem Mufti Haj Amin al-Husseini went to Hitler in November 1941 and said, “If you expel them, they'll all come here [to Palestine].” Hitler then asked, "What should I do with them?" and the mufti replied, "Burn them."

That’s Netanyahu’s story. The storm erupted almost immediately. In effect, Netanyahu made the Palestinians out to be worse than the Nazis in his claim that they convinced Hitler to carry out the Holocaust. The heads of the Israeli opposition, who have given Netanyahu a certain amount of backup and free rein since the eruption of the terror wave, furiously fell upon him. Meretz Chairwoman Zehava Gal-On outdid herself when she noted that the massacre in Babi Yar, in which more than 33,000 Jews were murdered, took place months before the meeting between Hitler and the mufti. Also, she said, 200,000 Jews in Lithuania, including many of Netanyahu’s relatives, were murdered before this meeting.

Netanyahu’s words are stirring the academic world as well. Historians, Holocaust scholars and experts are united in their opinion that the prime minister’s allegations have no connection to reality. The “Final Solution” unofficially began even before Hitler and Husseini met, as evident in the numerous acts of slaughter perpetrated before the meeting.

The chaotic reality of the Middle East has its own brand of dark humor: On the day after Netanyahu’s tempestuous words, his timetable dictated an official state meeting in Berlin with German Chancellor Angela Merkel. He is arriving there as someone who portrayed Hitler as someone who "didn’t want to kill the Jews," and instead blames the Palestinians for the Holocaust of European Jewry.

In Netanyahu’s current state of mind, the ends justify the means. Thus he allows himself to say anything to achieve his goal of passing the buck of responsibility for the current situation from himself to Abbas. As far as Netanyahu is concerned, all is fair in love and war, and so he allows himself to distort and rewrite history, including its most appalling chapters.