Iranian aviation is faced with multiple challenges, even in the aftermath of long-sought sanctions relief. 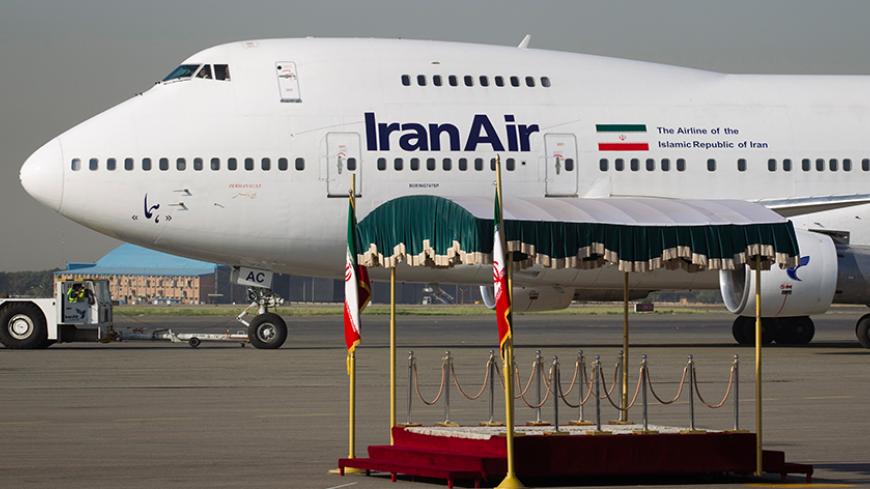 TEHRAN — Other than Iran’s energy, auto, finance and tourism sectors, the country’s aviation industry — one of the hardest hit by Western sanctions — is seen as a major beneficiary of the July 14 nuclear deal with six world powers.

Decades-long restrictions on Iranian imports of Western-made planes and spare parts have left the Islamic Republic with an aging fleet. With an average age of 23 years, Iranian passenger aircraft are nearly twice as old as the international average. This has had a grave impact on flight safety. According to the International Flight Safety Foundation, 1,672 people have lost their lives in airplane-related disasters in Iran since the country’s 1979 revolution. The most recent crash, in August 2014, claimed 39 lives.

Given the current state of Iranian aviation, it is hard to imagine that four decades ago, Iran Air — the flag carrier — was ranked as the world’s second safest for having been accident-free for at least 10 consecutive years. Strikingly, Iran Air was also the region’s leading airline, and by the late 1970s, the fastest-growing carrier in the world.

To keep its fleet operational, Iran launched the Iran Aircraft Manufacturing Industrial Company (HESA) in 1997. However, major maintenance problems still exist. Of the 250 planes reportedly in the Iranian fleet, a whopping 110 are grounded due to an urgent need of repair and spare parts.

Apart from maintaining old aircraft, Iran has tried to build planes on its own — without much luck. To meet demand for passenger planes, HESA obtained the production license for the twin-engine turbojet Antonov An-140 from Ukraine in 2000. Three years later, it built its first local Iran-140 passenger plane. However, mass production of the aircraft never materialized. Even worse, shortly after a fatal Iran-140 crash in August 2014, Iranian President Hassan Rouhani ordered the grounding of the entire Iran-140 fleet.

With sanctions relief in sight, officials, including Mohammad Khodakarami, caretaker director of Iran’s Civil Aviation Organization (CAO), now say a new chapter in the country’s aviation industry is about to begin.

Aviation experts and Iranian officials have estimated that the country needs as many as 400 new aircraft in the next decade to renovate its antiquated fleet. Some officials have been more specific about the number and type of planes, and said that Iran plans to buy 80 to 90 Airbus and Boeing planes a year. These kinds of purchases are estimated to cost $20 billion, according to Abbas Akhoundi, Iran’s minister of Roads and Urban Development.

However, aviation experts have doubts about whether Iranian airlines have the financial muscle to order such a large number of aircraft at once. Seyed Ali Tonekaboni, procurement manager at Iran Air, told Al-Monitor that one way to address this issue is for the government to allocate a special budget. While acquiring modern Western aircraft may be the top priority of Iranian aviation authorities, “turning to second-hand planes or leasing them may be inevitable in the short term,” Tonekaboni added, pointing to multiyear waiting lists for delivery.

The Iranian aviation sector faces other challenges too. While the authorities have long attributed the industry’s decline to sanctions, some experts also lay blame elsewhere. Pointing a finger at CAO mismanagement over the past two decades, Amir Tajik, head of Iran Air’s Internal Procurement Department, told Al-Monitor, “The organization needs strategic and long-term planning for the industry.”

“It’s very good that sanctions will be lifted, but that alone can’t help us to regain our position in the region’s aviation industry,” Tajik added.

Although it is not clear how many planes Iranian airlines will eventually order, Tonekaboni said that other than obtaining new planes, local carriers need to have a commercial mindset to develop a profitable passenger business and “put an end to the strategy of selling seats at any costs.”

Tonekaboni, who is also a university professor, stressed that “giving high priority to training, transfer of knowledge and expertise from experienced to new employees, along with applying proven business models,” could help Iranian aviation regain its past glory.

Other than renewing the fleet, Iran is also looking to expand its airport infrastructure and facilities to attract more international corridor and transit flights by foreign airlines. Situated right on the Silk Road, Iran’s geography gives it an ideal position for flights from Western Europe, North Africa and North America to the Asia-Pacific region.

With regional rivals such as Emirates and Qatar Airways based just across the Persian Gulf, it remains to be seen if Iran’s aviation industry in general, and Iran Air in particular, can make up for lost time.