The Senate Foreign Relations Committee has started holding classified briefings to prepare members to review the terms of a prospective Iran nuclear deal next month. 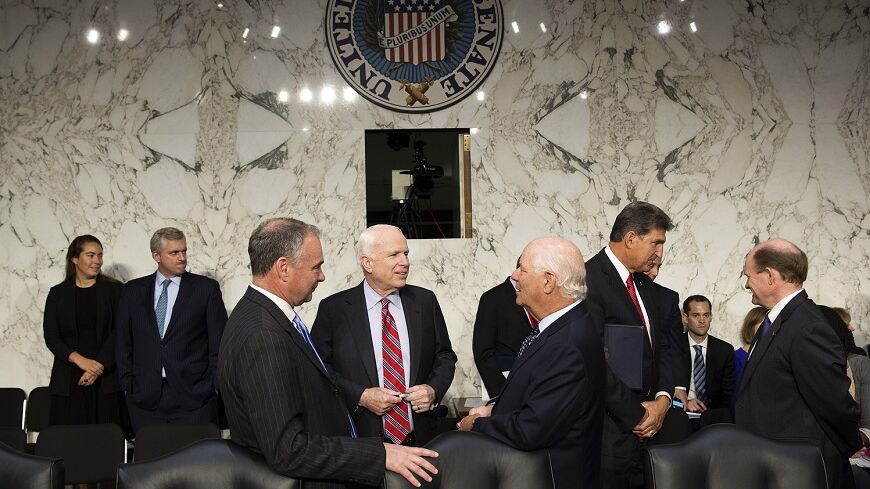 With negotiators from Iran and six world powers locked down in Vienna, almost continuously trying to meet the June 30 deadline for a final Iran nuclear deal, the Senate Foreign Relations Committee has started holding a series of classified briefings and open hearings to prepare members to evaluate a prospective deal next month.

US Energy Secretary Ernest Moniz, freshly back from US-Iran bilateral meetings in Geneva last weekend, after which US Secretary of State John Kerry broke his leg, briefed members of the committee this week of June 2. He was joined by directors of US nuclear laboratories that have been involved with evaluating the technical specifications for a final Iran deal.

“As negotiators from the P5+1 nations [permanent five members of the UN Security Council plus Germany] and Iran attempt to meet a June 30 deadline for a final agreement, the committee is holding a series of briefings and hearings this month to prepare members for congressional review of a final deal if one is reached,” a Republican Senate Foreign Relations committee aide, speaking not for attribution, said June 5.

The June 2 briefing “with the secretary of energy and the directors of US nuclear laboratories was arranged to help members understand in more detail the technical aspects of Iran’s nuclear program,” the Republican committee aide said. “Additional briefings and hearings on other elements of a deal are expected later in the month.”

A closed briefing will take place next week on how to create a successful inspection and verification regime, that will feature Ambassador Joseph DeTrani, a former senior adviser to the director of national intelligence and envoy to the six party talks with North Korea, and Gary Samore, the former top Obama White House arms control adviser told Al-Monitor June 5.

Despite occasional pronouncements from Iran’s Supreme Leader Ayatollah Ali Khamenei that seem to rule out elements agreed in the framework deal, “Both sides are too close to the finish line to turn back now,” Samore said at a panel convened by the Iran Project at the Woodrow Wilson International Center for Scholars in Washington June 3. “All issues are resolvable.”

US Undersecretary of State Wendy Sherman, her counterparts from the P5+1 and Iranian Deputy Foreign Ministers Abbas Araghchi and Majid Ravanchi are expected to return to the capitals June 6 for consultations after negotiations in Vienna this week. Experts from their teams will continue to meet in Vienna, Iranian negotiators said June 5.

The congressional review process of any Iran deal reached is going to be “more objective than you think,” ranking SFRC Democrat Ben Cardin (D-Md.) told reporters at a breakfast hosted by the Christian Science Monitor last month.

“The Iran agreement is going to be judged on whether it achieves its objectives,” Cardin added. Those parameters to evaluate it include, Cardin said, if the deal sufficiently extends the amount of time it would take for Iran to produce enough fissile material for a nuclear weapon; if there are ample inspections and verification to determine if it is cheating; and the time and tools to respond if it is cheating, including snapback sanctions.

“My greatest hope is that the president is able to negotiate an agreement that meets these objectives,” Cardin said.