Both Russia and the Gulf states have pursued divergent foreign policies for years, though some may be ready for an alliance. 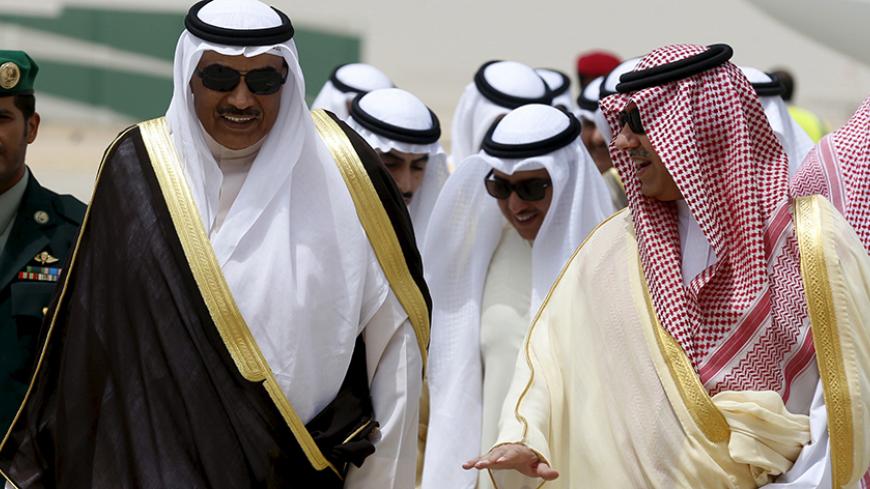 As Moscow works intensively to make sure Russia’s interests are secured in the Syrian puzzle, its general foreign policy toward Damascus is still meeting resistance in some parts of the region, namely, from countries within the Gulf Cooperation Council (GCC).

The list of mutual claims is rather long. Both parties pursue diverging interests and support opposing forces in the region. Both perceive each other as major troublemakers in the region. Moscow labels Saudi Arabia and Qatar as main sponsors of terrorism in the region, while the Russian Foreign Ministry has long argued that the Gulf monarchies “are trying to achieve their geopolitical goals at the expense of the blood and suffering of the Syrian people." In turn, the Gulf states use the same type of language: “Blood of Syrian civilians is on Russia’s hands.”

Russia’s image in the Gulf is rather negative. The source of this perception lies in Moscow’s reading of the Arab Spring. Russia has been skeptical about the nature of the revolts, which subsequently became a bone of contention between Moscow and the GCC. Since the beginning of the rebellions about five years ago, Russia gained the reputation of being a major spoiler in the Middle East. Russians see little hope in trying to improve their image among the Gulf states. While Moscow projects its soft power across the Middle East, of all subregions the Gulf seems to be less receptive of the Russian narrative.

Although the monarchies’ stance is hardly a surprise to the Russian leadership, concerns the GCC express must be taken into account. Arab countries of the Gulf are playing an increasingly vital role in regional politics, and their ability to exert influence over peace in the Middle East is most likely to grow, whether in a constructive or destructive way.

On the surface, Russia and most of the GCC states pursue different interests and support opposing parties. But the interests of Russian regional policy are based on several underlying principles with which many in the Arabian Peninsula disagree.

First, most of the current discourse on Russia-Gulf relations revolves around Syria. The arguments Russian officials and the majority of political commentators use to justify Russia's position on the Arab republic are not accepted by GCC states. For one, the GCC does not buy the idea of the importance of the Tartous naval facility, since its capacities are insufficient to support President Bashar al-Assad. The threat of Islamists taking over the country is an even more concrete prospect often put forward by Russians when discussing Syria. However, what looks certain and obvious to many Russian analysts and diplomats falls on deaf ears in the Gulf. Russia’s concerns about the potential destabilization of its own southern flank are dismissed on two grounds. First, as a former senior military commander in Kuwait stated in a private conversation, “Few in the GCC believe that a handful of Islamist fighters are capable of wrecking havoc in such a big country.” Second, the GCC never realized why this factor trumps concerns about losing the Arab world. A Qatari analyst close to the country’s ruling circle described it as “egoism in Russian foreign policy,” thus rejecting Russia’s concerns about the Islamic State (IS) in its Syria policy.

While the first argument demonstrates a rather incomplete and somewhat inaccurate understanding of a fragile security structure along the Russian southern perimeter, the second is rather tricky, as it boils the “Arab world” down to GCC states. The Russians acknowledge the GCC monarchies as critical actors in regional affairs, but see clearly that they do not constitute the entirety of the Arab world. Thus in implementing its policies, Moscow understands it upsets the Gulf monarchies but genuinely believes, rightly or wrongly, that it will not alienate the entire Middle East.

Second, a similar pattern of misunderstanding can be observed when it comes to Russia's stance on Iran. The notion of Moscow being more sympathetic toward Tehran is the source of another huge grudge Gulf countries hold against Russia. The truth of the matter is, Russia and Tehran are far from being “best friends forever.” The relationship is fairly complicated and does not lack in mutual suspicion, stereotypes and diverging interests. However, while for the GCC threats from Iran are of tantamount concern, to Russia the threat of radical Sunni extremism and terrorism ranks much higher. Moreover, Moscow perceives Tehran as a tactical ally in this “struggle.” Therefore, Russian preoccupation about domestic dynamics driven by developments in the region is a legitimate though not always well-articulated issue, as is Moscow’s selection of allies. It may appear understandable from the standpoint of its national security interests, but it is perceived as short-sighted by those regional actors who know “the other Iran.”

Third, GCC states — heterogeneous as they often are in their policies — are very much irritated by the US-Russian standoff in the region. Russian policies indeed bear a tinge of America centrism and are often aimed at “balancing US regional policies,” not to mention countering them in a faceoff. In any case, striving for a review of the international system where the United States is the global leader feeds the argument of Russia being a “revisionist power.” Recently, however, Russia and the United States found themselves on the same page on the Iranian nuclear issue and countering IS. The overall chilly atmosphere in bilateral relations will probably prevent Washington and Moscow from being outspoken about their common interest on these two issues, but both states claim, whether sincerely or not, that they act out of pragmatism. The GCC finds American pragmatism more understandable, although not always acceptable, than that of Russia.

In the eyes of the GCC, succession in Russian policy in the Middle East is a double-edged sword for Moscow. On the one hand, Russia's succession of the Soviet Union grants the Kremlin a certain influence via institutional presence — as a member of the Middle East Quartet and P5+1 on Iran — and based upon historical memories. Russia never fought a single war with the Arabs (unlike the Turks and Persians). On the other hand, it comes under criticism for the same policies the Soviet Union conducted by throwing its weight behind some regional authoritarians, antagonizing their opponents. Nevertheless, there are many in regional governments and among populations who perceive Russia as being as alien to the region as the United States.

In general, there is a call on the part of ruling elites in the Gulf for a new Russian approach to the region. Clearly, contemporary Russian policies do not fall in line with those of the GCC, but it is obvious that many in the region do not consider the Russian narrative convincing enough. At the same time, there seems to be a broader consensus that Russia is viewed in the Middle East through the lens of Western mass media, which seriously fracture the perception of the Arabs. With other channels of communication limited, conveying each other’s position is difficult.

Therefore, when Moscow considers implementation of its regional policies, it should think about backing them up with arguments convincing enough for the Arab world, not just its domestic constituency. Arabs, including those from the GCC, fail to acknowledge Russia's key concerns. What comes next for Syria when Assad is gone? If its fate is similar to that of Iraq and Libya, with a real threat of the Middle East left in shambles, Moscow would be most likely to continue to stand by the principle of better the devil you know than the devil you don’t. So far, the Kremlin sees every reason to be skeptical that the movers and shakers of the GCC have the right answers to the important questions and are ready to frame them in a dialogue with Moscow.