Producing 3-D animated films is not easy in Gaza City, where there is a scarcity of advanced technology and funding, but some young artists are going above and beyond to follow their passion. 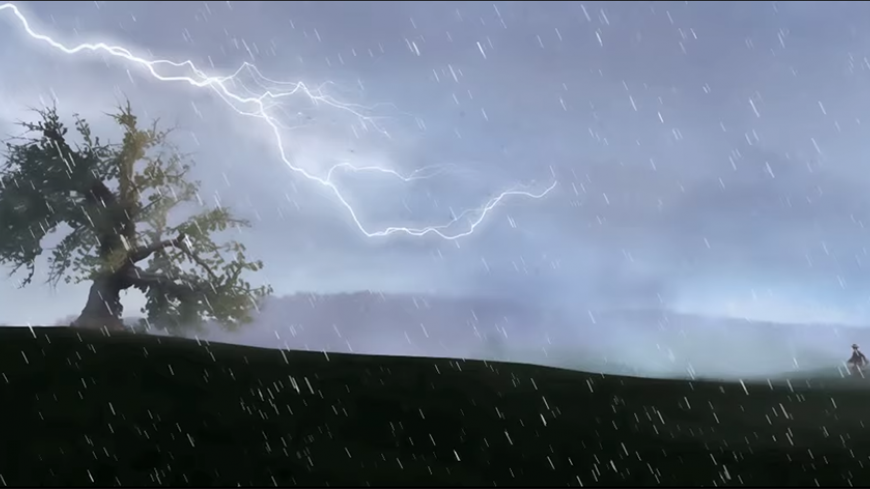 A still from the 3-D animated film "The Scarecrow," produced in the Gaza Strip. - YouTube/Zaitoon Gaza

GAZA CITY, Gaza Strip — If one wants to make an animated clip of a child on his bicycle, it requires 24 frames for a single second of animation. The images are displayed in quick succession, and the human brain processes the still images as movement. This is the basic idea behind the first animated film in the history of cinema, produced in 1908, when French caricaturist Emile Cohl drew 700 still images and displayed them in succession to produce the animated cartoon “Fantasmagorie.”

Many others followed suit and succeeded in creating hundreds of animated films and series like "Mickey Mouse" and "Tom and Jerry." The animation industry developed further, and today there is 3-D animation. While Gaza City, like all others, is influenced by the creativity of the world surrounding it, the occupation and siege have hindered it in the technical industries.

These industries include animation, which has fallen behind after eight years of siege due to the difficulty of marketing and the scarcity of investment in this field. The first and last animated 3-D film produced in the Gaza Strip was “The Scarecrow.” It was screened in March 2013, with funding from a grant by the World Bank Fund.

Speaking to Al-Monitor, the film’s producer Khalil al-Mazen said, “Producing the film was very difficult, since many technologies are not available in Gaza.” He explained that at the time, it was unusual to try to produce an animated film in Gaza, which is typically an environment more conducive to documentary and narrative films.

“Indeed, we produced a film that exceeded expectations. While it was planned to be five minutes in length, we ended up producing a 35-minute film,” he added.

The Zaitoon Center for Animation, which supplied the technology including 3-D techniques, is still proud of this project, which took its work into a new world of experiences.

Mohammed Abu Shanab, a member of the Zaitoon Center’s crew, told Al-Monitor that producing a single minute of animated film takes about two weeks, and if the footage is high quality, that time can extend to a month. “But we succeeded, and we were able to produce 35 minutes with the help of an entire team of animation hobbyists and professionals,” he noted.

Mazen said the most difficult part of making animated films is showing the feelings of characters and coordinating the rapid movement, as well as transferring both to the computer. This, according to him, requires the latest technologies in the field of 3-D animation, something that is not available in Gaza.

“The Scarecrow” tells the story of a child named Rima who lives in Palestine. She considers the scarecrow that keeps birds away from the crops to be her closest friend and her link to her parents who were lost in a car accident. She was later raised by her grandmother.

Rima goes to the border and sees a sleeping Israeli soldier who had placed his rifle in the scarecrow’s arms. She then imagines that the scarecrow is aiming the rifle at her, turning her silent friend to the occupation’s side. Rima returns to the field to find that the brother is standing with his arms spread in place of the scarecrow, yet even more strangely, the birds are flying around him as if in accusation. Yet, Rima forgives him and quickly imitates his stance.

This fantasy film's production took nearly a year, according to Jihad al-Barqouni, an animation coach at the Zaitoon Center. Its release was not heavily promoted outside the Gaza Strip due to the siege.

While this 3-D film is considered a pioneer and distinguished example in its field, there are also 2-D animated films from Gaza that have found great success and were screened at European film festivals. These include “Samouni Street,” in which a child named Mona al-Samouni tells of her family tragedy, in which 30 members were killed during the 2008-2009 war. The film was jointly produced by foreign volunteers and Palestinian youth.

Abu Shanab said that attempts to produce 3-D animated films in Gaza began in 2002, and the Zaitoon Center opened soon after to support these early efforts. While the center initially operated under the supervision of the University College of Applied Sciences, it later became its own company with independent management.

Abu Shanab notes that the successive wars and the siege, which has lasted about eight years, have set back a number of pioneering projects that the Zaitoon Center had planned. These include a cartoon series for which the center has yet to find an investor.

“We met and corresponded with a number of investors who welcomed us and the talent present in our center, but they quickly withdrew as soon as they learned that we were from the Gaza Strip,” he said.

Abu Shanab noted that the center has been forced to decrease the number of employees and concentrate on small commercial projects, such as producing electronic games, in light of the current crisis. He said that the few techniques they are using to produce cartoons and games, such as motion capture, are outdated.

Al-Monitor spoke with Useid Madi, a young professional who specializes in creating 3-D animated characters. After participating in the production of “The Scarecrow,” he left the Zaitoon Center and produced his own small project, “Baskalet” ("Bicycle"). “Unfortunately, the concept of animation is not prevalent [in Gaza], so I produced my own project [to make] electronic games and sell them online,” he said.

Abu Shanab hopes that the Zaitoon Center will become an educational institute by September and offer accredited certificates. Hadaya Abu Shaqra, a young woman enrolled in a 3-D animation training course at the center, told Al-Monitor, “In universities in Palestine, you cannot specialize in this field, so I majored in English. But I’ve always wished to learn this art, especially since I draw a lot of cartoon characters.”

Abu Shaqra hopes that after completing this training course, she will produce her own short animated film that she can promote on her Facebook page. She showed Al-Monitor the first 3-D drawing she created: a bowl of water drawn using the Maya program. She noted, “I know the road is long, especially in the field of animation, but I’m determined.”