Though tea came late to Iran, it has become ubiquitous in daily life in the country. 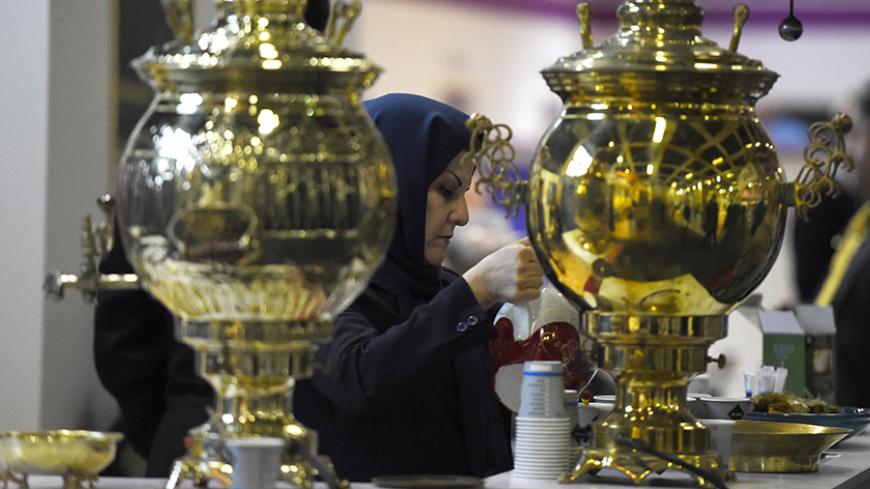 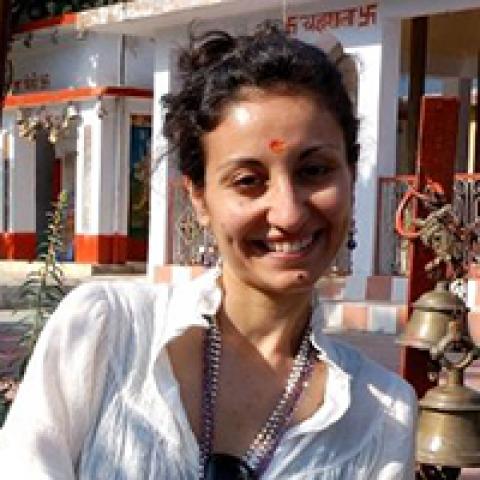 "Have a seat, tea's on its way," announced Navid as we entered his carpet shop in the busy bazaar off Esfahan's Imam Square, leading us to the cozy corner with four rickety stools and a tiny wooden table he had set up within a colorful expanse of folded Persian rugs to welcome his customers. In Iran, no business, trade or anything worth discussing can start without a cup of strong black tea.

My introduction to Iranian tea culture took place much further north, right where the precious leaves are produced and harvested, in the Caspian Sea-lapped Gilan region. Arriving from the neighboring Ardabil province, you know you are in Gilan when you plunge into a cloud-wrapped lowland at the mercy of the winds blowing from the Siberian High, the Alborz mountain range and the Caspian Sea, conspiring to produce heavy rains, high humidity and an endless stretch of lush greenery.

A crucial stop along the Silk Road, Persia eventually gave up on coffee and made tea consumption part of its social habits around the 15th century, mostly inspired by the Chinese and the Indian traditions. Native production didn't start until the beginning of the 20th century, when a young officer of the Ministry of Foreign Affairs on duty at the Iranian Consulate in Bombay came up with the idea of establishing the first tea plantations in his own country. Mohammad Mirza Kashef al-Saltaneh, the future mayor of Tehran, was only 30 years old at the time and today, Iranians owe to his enterprising zeal the introduction of what quickly became the nation's favorite drink.

Waking the first morning in Lahijan, I was met not only by the inevitable fragrance of fresh tea brewing in the kettle that in Iran is traditionally left steaming on the stove, but also by the lavish and verdant view from my friend's house, the kind of epicurean land that evokes a life of opulence and earthly pleasure. "Welcome to Gilan, tea's almost ready," her mother greeted me, clearly proud of having access every year to the first harvest of the locally reaped black tea.

Challenging the common image of Iran as a desert land, Lahijan resembles a European city in both greenery and architecture, where the abundant rainfall was one of the reasons Khashef al-Saltaneh chose it to import the secrets of tea production he had gleaned in British-ruled India. The city's National Tea Museum exhibits a vast collection of relics and traditional tools laid out around the mausoleum of Khashef al-Saltaneh himself.

Iran doesn't really have a "tea trail" to follow. It's more like a huge web that reaches the most remote corners of the country as well as its biggest cities. Leaving Gilan and heading for far more scorching and bare landscapes, it didn't take me long to realize that there isn't one Iran but many, each piece of scenery, custom and ethnic group colliding with each other through this dark-red brew even before there was a common idiom. In Tabriz, we were expected more than once to speak the local Azeri language before the official Persian, but not once did the opportunity to share a cup of tea go wasted or misunderstood, and in Tehran it didn't matter how many meetings we had lined up in a day; no discussion ever began before sipping the national beverage.

From conference rooms to market stalls, from lunch to dinner to afternoon breaks, through laid-back evenings spent on carpets and large sofas covered with colorful cushions, the one thing that is never missing on Iranian tables is the silver tray carrying the cherished drink and an intricately decorated bowl full of "nabat," the saffron-hued rock candy believed to possess healing properties such as relief for an upset stomach and headache. Gradually, the traditional tea houses where Iranians used to gather to talk about current affairs and listen to religious and literary tales are being adapted for more modern requirements — yet retaining their original charm — or replaced by the coffee shops that in big cities are becoming the favorite hangouts among young people.

As my journey through Iran continued, along with visiting the main landmarks and shopping for local handicrafts, my days were defined by those tea-sipping moments that better than anything else marked the different schedules I experienced.

I arrived in Yazd late into the evening, and while the workers of my hotel's kitchen had already switched off the rice cooker and stashed the paring knives, the huge samovar standing quietly in the internal courtyard was still steaming on its gas burner and releasing the earthy fragrance of the last brew of the day. As Iran's tourism industry burgeons, the traditional houses of Yazd's historic Fahadan district have been turned into hotels that strive to both meet their guests' needs and maintain an atmosphere redolent of a sophisticated bygone empire. Once the area of the house devoted to family gatherings where the members of extended clans would flock to celebrate, cackle and chatter through the night, today the internal courtyards have been appointed to serve as restaurants where tourists from all over the world can not only round off their long days spent exploring the places of the Zoroastrian cult, but also feel part of a yesteryear picture of not too long ago.

With a local industry offering delicious baklava and exquisite termeh fabrics, one cannot leave Yazd without some strategic shopping jaunts, and while strolling along the winding alleys of its historical bazaar I couldn't miss the sight of the many shopkeepers enjoying their morning tea and exchanging the customary "taarof" ceremonies. It was here, where ancient traders of all sorts of goods, ideas and philosophies used to stop and wind down in what looked like a makeshift caravansery, that I was reminded of Navid's last goodbye: "Come back to my shop next time you are in Esfahan, I'm always up for a cup of tea." After almost a month in Iran, I had no doubt.