How security in Strait of Hormuz brings US, Iran closer

Gulf and international security are closely linked to the security of the Strait of Hormuz, which is currently facing many challenges that require a joint action between all affected countries. 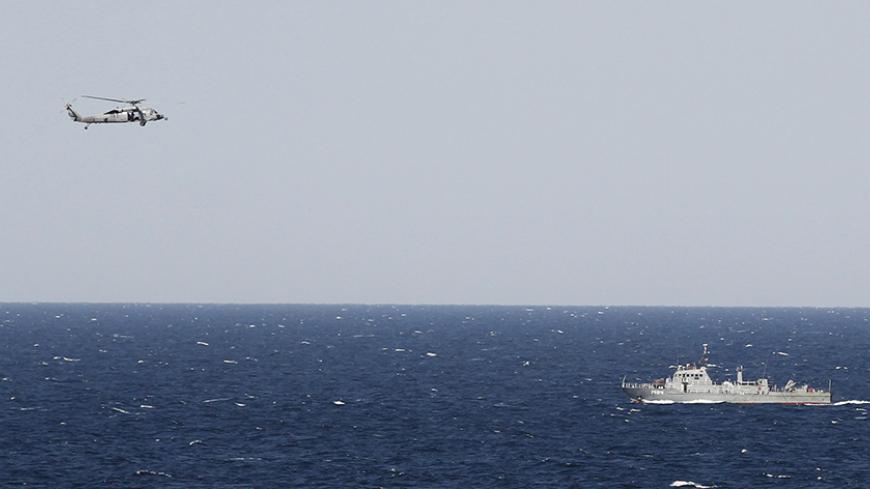 The Strait of Hormuz is the only outlet that connects the Gulf to the high seas, including to the Gulf of Oman. The strait was named after the Iranian Hormuz Island located at its northern tip.

The straits, Bab el-Mandeb, Suez and Gibraltar, are closely connected in terms of their operational roles. Any unrest in one strait is most likely to affect navigation in the others. The Strait of Hormuz has been facing particular challenges, which are mainly reflected in the ongoing tension between Iran and the United States, not to mention the threat of terrorist activities, sea piracy and organized smuggling movements.

As part of the US approach to Gulf security, the United States started, since the Carter Doctrine was issued in 1980, to reinforce direct military influence by increasing its maritime military presence in regional waters.

The Carter Doctrine, which called for direct military intervention in the Gulf, was issued to confront the Soviet and Iranian powers back then. This doctrine contrasted with the Nixon Doctrine (1969), according to which protecting regional security is closely linked to bilateral cooperation between Iran and Saudi Arabia. The Nixon Doctrine was known as the Twin Pillars policy. In accordance with the Carter Doctrine, the Rapid Deployment Joint Task Force was formed to confront the imminent expanding dangers in the Gulf.

Until late 1988, the US regional strategy was still focused on the potential threat of a major Soviet invasion in Iran. However, the US commander-in-chief, late Gen. Norman Schwarzkopf, was convinced that the changing international scene would make the Soviet invasion scenario less probable. He thus shifted his attention to the possible emergence of a new threat: the Iraq of Saddam Hussein. Schwarzkopf’s fears were translated into the US Central Command exercise, Internal Look, in the summer of 1990.

The US military presence in the region has been continuously growing, culminating with the Fifth Fleet in 1995, which was the first new fleet established by the United States since World War II. The US presence in the Gulf currently plays the role of foreign balancer, particularly countering Iranian forces.

This reinforcement of military capabilities is not only linked to the security of the Strait of Hormuz, but also to the US approach to the Gulf security in general.

Hormuz security has been linked to the maritime security approach, and a long-term vision to defuse regional tension, which might ignite a military conflict threatening the safety of the strait.

In 2001, the Combined Task Force 150 (CTF-150) was formed and is now based in Djibouti. This force — which includes 20 states, including the United States, Britain, Canada, France, Germany and Pakistan — aimed at protecting maritime security in the Arabian Sea, from the east to India. Since 2008, CTF-150 started intensifying its operations to fight piracy, organized crimes, and drug and arms smuggling.

In 2009, CTF-150 established a new framework dubbed ITF-150, which was led by US Rear Adm. Terry McKnight. Thus work was divided between both forces: ITF-150 was tasked with the fighting against maritime piracy, and CTF-150 was charged with the remaining security tasks.

An old debate is resurfacing about how realistic the closure of the Strait of Hormuz is and how this may possibly be done.

One of the possibilities that was suggested in the 1970s by defense experts in this regard was the closure of the strait with a natural barrier, which was disregarded given the strait’s geographical nature.

There were also fears among these experts that the closure of the strait would be done by sinking ships inside the Hormuz Strait. However, this possibility has also been ruled out because sinking a ship — or even a few — would not stop the navigation in Hormuz.

Third, concerns also grew that Iran would mine the strait so as to disrupt navigation. This was the most plausible possibility at the technical level.

Some believe that minesweepers could deal with such an option, but there is no guarantee that the situation would be completely under control.

In conclusion, one can say that the most important aspect of the security of the Strait of Hormuz is the political aspect. Military approaches alone are not enough to safeguard security, even if the balance of power is tipped toward the United States.

The security of Hormuz can be reinforced through political understandings between the region’s states, and through the reinvention of the historical relations between Iran and the United States and overtures between the two countries.

The US policy experience in the Gulf over the past decades, and certainly since the days of Nixon, indicates that the United States ought to work on two parallel lines in order to ensure regional security. First, the United States should encourage the region’s states to build bilateral or multilateral understanding, and second to build normal and prosperous US relations with all countries in the region.

Today more than ever, it seems that the United States has the opportunity to embark on these two paths, despite the tensions plaguing the Middle East.

A solution to the Iranian nuclear issue will pave the way for a new US approach to Gulf security, which would prove profitable and feasible for the region’s countries.

Contrary to what it may seem at first glance, the growing conflicts and tensions in the Middle East are not an obstacle in the way of the US-Iranian rapprochement, but an essential catalyst for it.