Authorities in Egypt are clamping down on street vendors, imposing fines and expelling them to spaces outside the main commercial areas in cities. 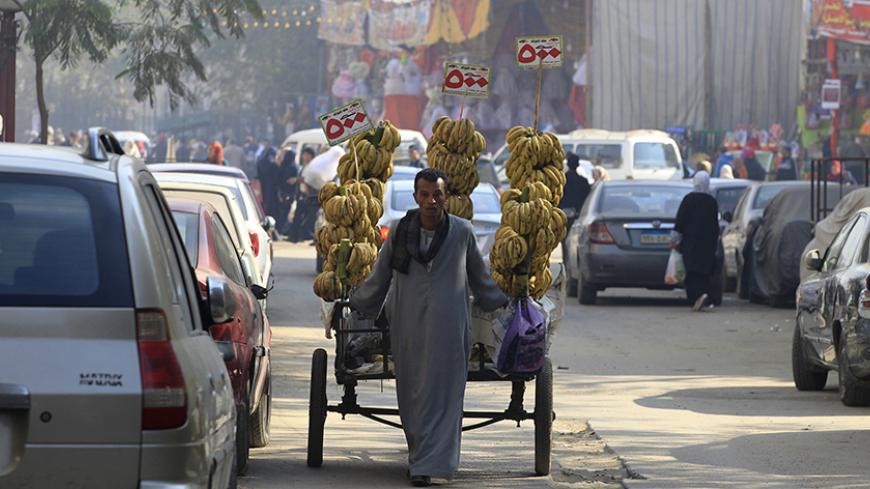 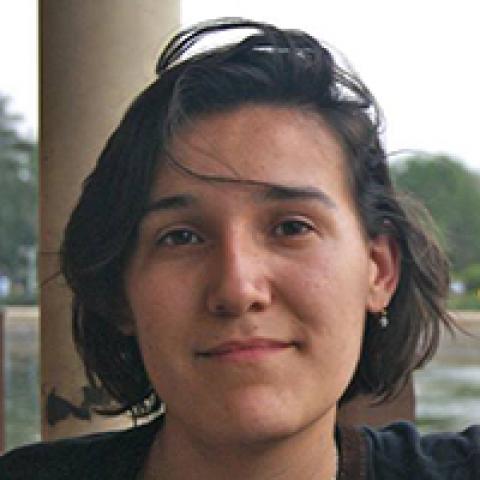 CAIRO — Egyptian authorities began a steady advance on the streets of downtown Cairo last August, evacuating unauthorized street vendors and retaking main arteries and squares. The move is part of a project spearheaded by the Cairo governorate to clear the city from street vendors by enforcing the rule of law and displacing thousands.

“There are 5 [million] or 6 million street vendors in Egypt, around 3 million are in Cairo,” Mohamed Abdallah, the head of the independent national syndicate for street vendors of west Cairo, told Al-Monitor.

The authorities marched into Ramses Square on April 26, equipped with bulldozers, to remove the vendors. The state-run Middle East News Agency (MENA) reported that the governor of Cairo, Jalal Mustafa Saeed, was present, instructing police officers who were directing traffic to enforce the law firmly on everyone without exceptions and to arrest those who resisted.

The day Al-Monitor visited Ahmed Helmy, business was slow. Men gathered around Abdallah, who wore a polo shirt with a pen hanging smartly from his collar. Sitting next to him were the elders of the street vendor community of Ramses Square, some wearing the traditional Upper Egyptian dress of a djellaba and headscarf. A large number of street vendors swarm to Cairo from the countryside in search for work. As a result, street vending communities operate under a system of internal politics, such as that in rural communities.

Before the evacuation of Ramses Square, around 1,750 street vendors in downtown were sent to Torgoman; a decision so catastrophic, street vendors considered it a death sentence. The main problem with Torgoman, a parking lot close to downtown, is that it is not a commercial area.

The authorities offered Torgoman as a six-month temporary solution while an area at Wabur Al-Talg (a downtown mall yet to be constructed) was set up. But nine months later, vendors are still waiting. In light of the downtown evacuation, made public to avoid confrontation, Abdallah presented the Falaki Project to the government — a plan that would have sent vendors to a more attractive area in Babelouq, a downtown neighborhood. Abdallah´s project showed green spaces, kiosks with space for 340 vendors and a cafeteria. “[But] the government rejected my proposal,” he said.

Despite Abdallah´s failed attempts to propose a more desirable site, the government claims it has spent 18 million Egyptian pounds ($2.35 million) setting up Torgoman. Yet for Abdallah, the numbers do not add up. “The street vendors in Torgoman have hit a dead end,” he said, “they are finished.”

The desolate scene at Torgoman, dotted with vendors whose anger matches their despair, is a warning for all other street vendors across the country. There are similar areas all over Egypt, Abdallah said. Street vendors in Asyut, Alexandria and Suez are facing relocation along with their counterparts in Cairo.

"As of today there will be an extensive campaign by police to remove street vendors after they have been transferred to Torgoman. We will not allow them to remain on the streets," Ayman Abdel Tawab, the Cairo governorate's deputy leader, told MENA last August.

After the 2011 uprising that toppled Hosni Mubarak, unregulated street vending proliferated in the streets of downtown Cairo. “We have created problems before,“ Abdallah said. “We were taking a lot of space, 5 meters [16.4 feet] instead of one so people couldn’t pass by.”

Over the years, as street vendors took more space and downtown Cairo became saturated with hawkers selling all kinds of paraphernalia, public opinion of them decreased. “People see us as bullies, as if we are taking control of the streets,” he said, “but most of us are university graduates.”

Ahmed Moussa, a well-known TV presenter, has a negative view of street vendors and said the streets had to be cleaned with disinfectant after the street vendors were removed. “He said we were dirty,” Abdallah said. “Other people call us ‘dogs for the police,’ but we are not. All we want is to make a living.”

While the streets of Cairo are cleared of street vendors, they have yet to receive permits for their activities. Egypt’s unemployment rate, at 13.4%, forces people to resort to the informal economy, which represents about 40% of the country’s gross domestic product. According to Abdallah, the government’s past attempts to grant the vendors licenses failed. Instead, street vendors paid bribes to the authorities to stay on the streets. “No one knows when the government will give us a license,” one of the older vendors said. “One day of talking by the government means one year.”

Even though the government’s forced relocation of street vendors alleviates traffic, protects heritage and restores order, street vendors are skeptical the move will procure them with a legal status. Street vendors at Ahmed Helmy are willing to cooperate with the government as long as dialogue is established. Abdallah said, “The union is only asking for two things: health insurance and a license to operate legally.”

Today, penalties for street vending include hefty fines and a police file with charges of harassment, public space invasion and theft of electricity. “Back then, we would just pay fines to solve any problem, now we are facing lawsuits.”

The government’s next target is Attaba, a popular street market adjacent to downtown, which will be relocated to Matariya, a district in northeast Cairo, 15 kilometers (9 miles) from downtown. According to Abdallah, Attaba holds about 4,000 vendors. “People don’t believe they will be relocated,” he said. “They still think they can resist the government.”