Turkey recently hosted a meeting of NATO foreign ministers, who discussed efforts to transform the organization into a highly maneuverable body that can rapidly intervene in crises with the support of regional alliances. 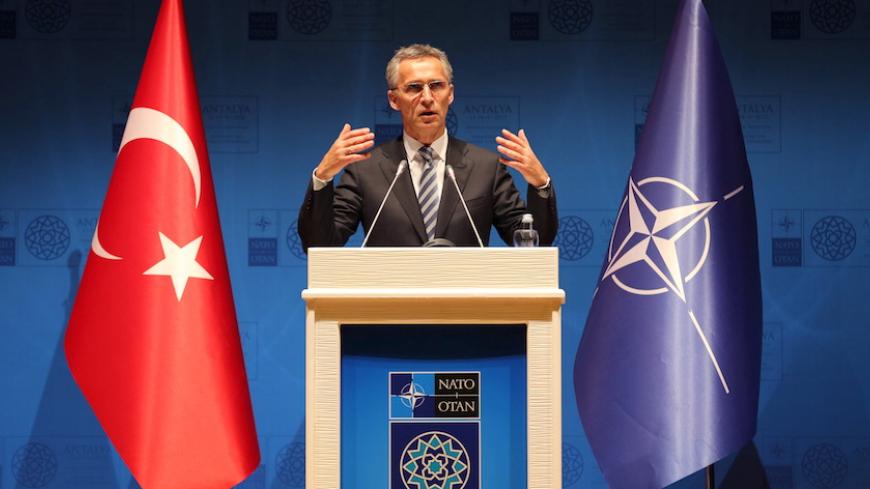 Turkey’s popular resort Antalya hosted a NATO meeting May 13-14, as 28 allied foreign ministers and senior officials from 50 countries got together in an important step toward revitalizing Turkey’s membership with NATO.

The meeting offered clues to NATO-Russia relations and the regional dynamics of the Middle East. Naturally, the agenda items of the Antalya meeting will mostly determine the agenda of 2016 NATO heads of state summit in Warsaw.

NATO Secretary-General Jens Stoltenberg said after the meeting that the group had assessed the problems of Eastern Europe, Afghanistan and the Middle East and covered how NATO partners and organizations such as the European Union could cope with these issues. "We are in a phase that will shape the Europe-Atlantic security on the way to the Warsaw summit," he said. "Our security environment has drastically changed. We look to the east and see Russia, whose aggressive approach to Ukraine has become more visible, and to the south, where we see more turbulence and extremism.”

The first issue of the day at Antalya was relations with Russia. It was clear that NATO perceives Russia as a threat because of its positions on Ukraine, Crimea and Eastern Europe. Judging from the statements of NATO officials at the meeting, NATO now sees Russia as hostile.

The group discussed some measures adopted to minimize the Russian threat against NATO members in the Baltic and Eastern Europe. The most concrete measure discussed was Very High Readiness Joint Task Force (VHRJTF) military units. These units of 3,000-5,000-strong brigades made up of five combat battalions to further reinforce the NATO Response Force will be supported by navy, air and special forces that will enable it to deploy to the crisis area within two or three days. The VHRJTF is being formed under the leadership of Germany, Netherlands and Norway. Turkey’s first ever commitment to the VHRJTF and willingness to become a leading element of that force has attracted notice. The plan is for a fully mobile VHRJTF unit under Turkey’s leadership to be ready for action by 2016.

The group also discussed the idea of establishing brigade-size permanent NATO bases in Lithuania, Latvia and Estonia. There was also discussion of how to expand the current cooperation with Finland and Sweden. Stoltenberg expressed special attention by NATO to Finland and Sweden, saying, “We will share more information with these two partner countries on what is happening at the Baltic Sea and beyond. We will thus be able to better see the big picture.”

The Antalya meeting debated Middle East regional stability and combating the Islamic State (IS) by linking the group to international terrorism. NATO tends to the make a distinction between combating IS and Syria’s regime issues, which displeases Turkey. All participants at the meeting agreed on combating terrorism, but all the NATO members have different opinions on how to go about it. Turkey defended its view that combating IS and the status of the Syrian regime cannot be separated, and the search for solutions should be simultaneous. Member states also differed on the future political structure of Syria and proposed more than a few models.

Huseyin Bagci, a professor of international relations at the Middle East Technical University in Ankara, says both Turkey and NATO are making mistakes in Syria. “Turkey, which doesn’t talk to Assad, must understand that Assad is not going anywhere," Bagci said. "How can you expect a NATO strategy against Assad, given that reality? Turkey has to find a way to communicate with Assad. The tension along the border affects Turkey more than anybody else.”

Bagci said Turkey must give up the notion of “Oh well, NATO will intervene one day.”

Bagci criticized NATO for not giving adequate assurances to regional countries, including Turkey, on security issues. "NATO must somehow determine what it is going to do about Syria," he said. "Everyone must be informed of what kind of strategy will be pursued against organizations such as IS and Jabhat al-Nusra. Syria has become a dead end for NATO. No matter what, regional countries must know well what NATO is likely to do.”

The confusion reigning in NATO over Syria points to three major structural flaws of the alliance. The first is whether NATO can sustain globalization and its engaging in diverse, sometimes far removed issues. The second is NATO’s difficulties in generating joint values and an identity for the alliance. And finally, there is a lack of consensus on how to cope with the hybrid threats of conventional and irregular characteristics.

This problem of harmony was also distinctly visible during the off-tune stage performance by the foreign ministers, who tried to sing “We Are the World” during dinner May 13.

Like their awkward attempt to sing together, in their politics, too, every one of them follows a different tune, with no coordination with the others.

The Antalya summit did reveal that efforts are in progress to transform the alliance into a highly maneuverable body that can rapidly intervene militarily and operationally in crises with the support of regional alliances. But it also exposed that there are serious impediments to restructuring NATO to deal effectively with changing balances, and that these barriers also cause problems in forming regional alliances.

This fragmented and divided appearance by NATO on issues such as the sharing of authority and burdens, the modernization of military structure and strategy, all arising from shortcomings in coordination, also lead to a shortage of trust of Middle Eastern countries. But NATO is aware of its shortcomings and is trying hard to develop strategies to confront future strategic developments and hybrid threats in the ever intricate global security environment. It is, however, not yet clear how these efforts by NATO will affect the Middle East.