Bennett to advance Judaism, not democracy, in education system

Future Education Minister Naftali Bennett is likely to advance his own ultra-Orthodox perceptions of Jewish heritage at the expense of democratic values and pluralism in Judaism. 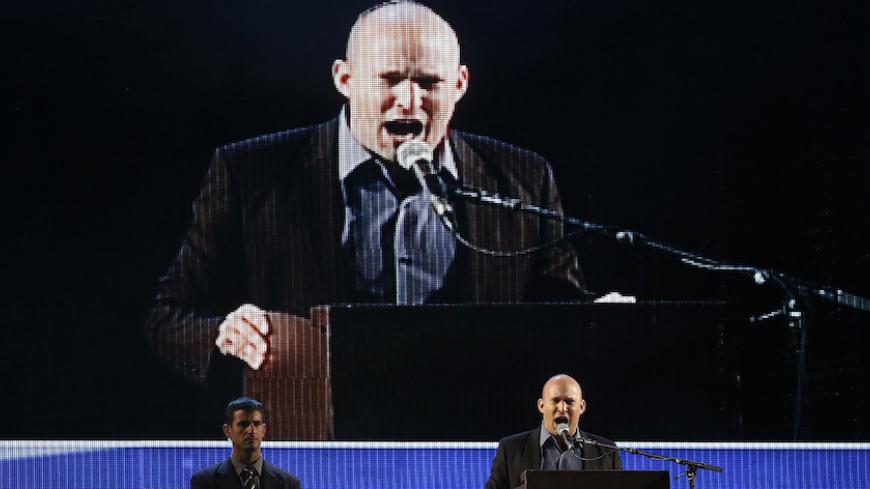 The most prominent message of the last election and of the government to be formed in its wake is that a “good Israeli” is a straight, conservative, right-wing Jew who hates Arabs. All the rest are delusional leftists at best and at worst, despicable traitors. The easiest target audience to absorb these messages, whether explicit or implicit, is students. At the same time, Israel’s children are the greatest reservoir of potential voters for the government. Now, the system charged with shaping their moral and political worldview is about to be handed over to the chairman of HaBayit HaYehudi, Naftali Bennett, the most talented salesman for a monolithic brand of Orthodox Zionism, and also the most dangerous. And if there are no last-minute changes, control of Israeli culture will be handed over to Knesset member Ayelet Shaked, Bennett's colleague in this radicalized incarnation of the National Religious Party leadership. It seems as if the decision today of Foreign Minister Avigdor Liberman to transfer his Yisrael Beitenu Party from the government table to the opposition benches has left the foreign minister portfolio vacant. But a more general assessment would indicate that HaBayit HaYehudi would benefit greatly from taking over the education and culture ministries than getting the Foreign Ministry.

Although the sector represented by HaBayit HaYehudi makes up no more than 10% of the country’s population, its leaders are determined to instill a distilled version of its values to all children in Israel. The party’s platform states, “Our most urgent task is to create a Jewish-Zionist educational unit to operate in the State of Israel’s public school system. … HaBayit HaYehudi will spearhead a nationalist plan to promote Jewish and Zionist identity among all students from grade 1 through grade 12.” Democracy? Gentile nonsense. Education toward peace? The delusions of the left. Human rights? A waste of time.

Actually, Bennett didn’t wait until the Education Ministry fell into his hands (he will be its eighth minister in a decade) to spread his ideology among students in the public school system. Shortly after entering the last government, he established the Jewish Identity Administration, and made sure that it received a generous flow of government funds. To head the new group, Bennett appointed his confidant Brig. Gen. (Res.) Avichai Rontzki, formerly the head of the rabbinical college in Itamar, a settlement considered to be a bastion of the most extreme right-wing settlers. Rontzki brought considerable experience in religious-nationalist indoctrination. That was mainly what he dealt with when serving as the chief rabbi of the Israel Defense Forces (IDF) in 2006-10. Most of his activities in the IDF rabbinate focused on inculcating Jewish values among the troops.

“To defeat our enemies, and that is the goal of the army, we need less pluralism and more Jewish awareness,” Rontzki once said. At the time, the chief education officer complained that “following the chief rabbi of the IDF’s instructions could come at the expense of other content, such as Israeli democracy, the spirit of the IDF and military history, which are all core components of our educational program.” Senior officers said that the army rabbinate’s activities “harm the delicate fabric that is the relationship between secular and religious soldiers in the IDF,” and that “in some cases, we are talking about religious brainwashing, and indirectly, in political brainwashing, too.” It is safe to assume that Rontzki will fill a key role in determining the shape that Jewish education takes under Minister Bennett as well.

To truly appreciate the scope of the shift in awareness that has occurred within the religious Zionist leadership, it is necessary to go back 21 years, to a decision by then-National Religious Party leader and Minister of Education Zevulun Hammer. At the time, he chose to create a committee, headed by professor Aliza Shenhar, a secular Jew, to investigate the state of Judaic studies in the secular public school system. The committee recommended a pluralistic approach in which students and teachers alike would be encouraged to engage in critical debate and contend with differences in how Judaism is perceived, all in a tolerant and democratic manner.

“I'm not convinced that this will be the principle that will guide the new education minister,” Shenhar told Al-Monitor on May 3, carefully expressing herself in diplomatic language. “I imagine that Bennett will strengthen one single approach, an approach that relies exclusively on the authority of religious law.” That is exactly how he acts now with the Jewish Identity Administration. He has no reason to change that.

Shenhar added, “Bennett is not the first politician to trickle his right-wing worldview into the minds of students, while filtering out liberal messages." She commends Yossi Sarid, who was, according to her, the only education minister to combine Judaic studies with the study of democracy. Former Education Minister Limor Livnat, for instance, introduced the educational program "100 Concepts in Heritage, Zionism and Democracy," which ran directly counter to the Shenhar committee’s recommendations. Former Education Minister Shai Piron planned to appoint school rabbis, all of them Orthodox of course. And then there are the religious girls who do their national service in schools. Shenhar says that they offer secular students the Orthodox values that they picked up at home.

The Ministry of Culture, which was an integral part of a larger Ministry of Education and Culture for years, has also been allocated to HaBayit HaYehudi. The contribution by the new minister, Shaked, to freedom of speech, pluralism and tolerance can be gleaned from her activities in the “My Israel” movement and as a member of the last Knesset. So, for instance, she called for a boycott of artists who refused to perform at the Hall of Culture in the settlement of Ariel, and then called for the Nakba Film Festival to be canceled, claiming that it was damaging to the character of the State of Israel and the Zionist enterprise. The cherry on top came when she demanded that author and journalist Igal Sarna be denied the Levi Eshkol Prize for Writers and Poets because she didn’t like some of the things he wrote in his Facebook posts.

For the past few days, economic reports have been covering plans to impose an inheritance tax on wealthy families. On the other hand, few people have shown much interest in the meager educational and cultural legacy that Israel’s 34th government is about to leave for the next generation. Yet, this generation will produce the future voters and leaders of the Jewish state, and that state once promised to be a “light unto the nations.”