Students in Turkey are mobilizing anonymously by using clever online petition tools to advocate for the construction of Buddhist and Jedi temples on campus. 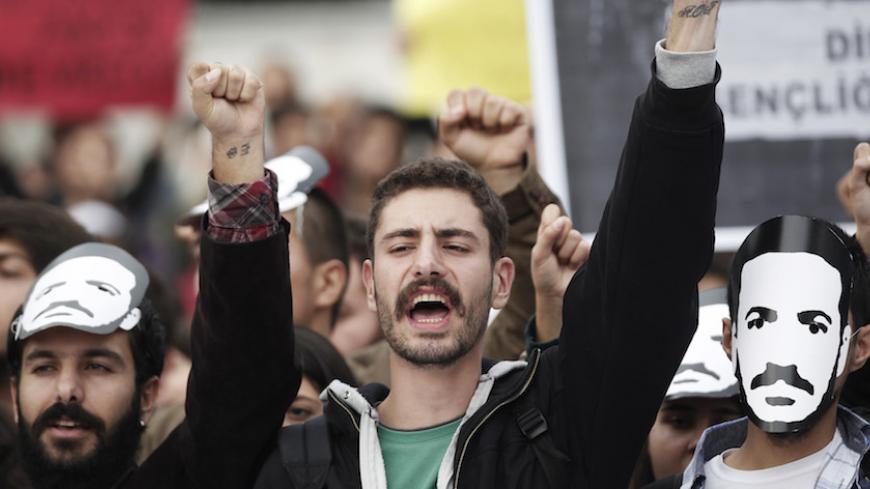 “The nearest Buddhist temple is 2,000 kilometers (1,243 miles) away. I cannot pray during my lunch break. So please build a temple on campus.” This was one of the messages a student at Istanbul Technical University (ITU) wrote for an online petition.

Surely the number of Buddhists in Turkey do not warrant such a request. So what drives the overwhelmingly Muslim student body to demand a Buddhist temple on their university campus?

To understand the students' request we need to look at what happened in the run-up to the launch of their online protest. On Nov. 21, 2014, Mehmet Gormez, the head of the Directorate of Religious Affairs, made a public announcement that one of the directorate's goals is “a mosque for each college campus." Gormez said, “The construction of 80 mosques is in progress. We will open 15 in 2014 and the rest in 2015.”

In 2002, there were 75,941 mosques in Turkey, and by 2014 the number increased to 84,684. Mosques outnumber schools and hospitals combined, and employees of the Directorate of Religious Affairs outnumber doctors in Turkey. Figures from 2011 show that there is one doctor for every 900 people versus one religious official for every 780 people.

Yet in June 2014, ITU students launched an online petition asking for a mosque on the campus grounds; the campaign has so far gathered almost 188,000 signatures. Subsequently, ITU’s President Mehmet Karaca announced the construction plans for a mosque on campus, saying they were responding to students’ demands. “If there is sufficient demand, we will even build a Jewish synagogue on campus,” Karaca said.

Several pundits chimed in on Twitter about the issue. While most were supportive of the students' protest, a few pro-Justice and Development Party commentators took the protest too seriously and lashed out. One pundit wrote: “Asking for a Buddhist temple to prevent the construction of a mosque is being an enemy to Islam in the most crude way.”

Karaca reacted calmly, explaining that he is open to dialogue with those of all faiths, and will take into consideration all the demands of the student body. On March 27, he also tweeted the Rolling Stones song “You Can't Always Get What You Want.” Many in Turkey took this as a sign that demands by the opposition will never be taken seriously.

Just as this campaign was about to lose steam, on April 3, students at Dokuz Eylul University in Izmir launched an online petition asking for a Jedi temple (also known as the Palace of the Jedi from the movie Star Wars) on their campus. The campaign received close to 7,500 signatures in a week. Students said they need a temple to train new Jedis and hold the Jedi community together. The signatories justified their request in a way that ridicules the repeated victimhood rhetoric of pious Muslims in Turkey. One student wrote: “The closest temple is billions of light years away. I cannot pray during lunch hour, I miss classes. Our needs should be met.” Another student wrote: “All my relatives have gone to the dark side. We need the temple now.” Akin Cagatay, a student majoring in computer engineering, initiated another campaign. It is clear that these students are familiar with Star Wars terminology, and Cagatay’s blog hints at his vast knowledge and interest in the Star Wars Trilogy.

The creative protests of the Turkish students are making headlines on international networks and TV shows, too.

Why did the students launch these online petitions, instead of organizing public protests? Al-Monitor interviewed students anonymously at 10 different universities in Turkey, asking them the reason for setting up these online campaigns. One female student from Middle East Technical University in Ankara said, “Precisely for the reason we fear speaking with you and expressing ourselves to the press over the phone, email or Skype. We are always looking for encrypted applications online and ways to hide our identity. We are not even sure what our crime is. Yet public dissent will remain on the Internet forever. Even if no legal charges will be brought against us now, after graduation if we seek government employment there is no way we will be given a chance. We fear for today, we fear for tomorrow.”

A group of engineering students from ITU who signed the petition for a Buddhist temple told Al-Monitor, “We have a significant shortage of dorms here at ITU. What is a priority, a place of worship or accommodation for college students? The solution that was introduced to accommodate the increasing demand was to increase the number of occupants in the already crammed [dorm] rooms from three to four. Freedom of religion should be respected but how about freedom from religion, does that not deserve any respect? Every aspect of our lives is increasingly constrained by allegedly Islamic rulings, from having a pub on campus to coed housing. When they erect a mosque on campus, the next rule would be that no alcohol could be served at an event because it is too close to the mosque. Hence, more restrictions.”

A male student from Bogazici University said, “If we take to the streets to protest, we will immediately be beaten and taken into custody. They claim they will listen if there is sufficient demand. Once we get the signatures pouring in, we hear the president of ITU saying you have to pay for your demands. They have the numbers and the money to build mosques, which combines their love for construction and religion. Can we win at this game? In a time when any opposition is easily labeled as treason, humor is the safest and most effective method.”

Thus, students in Turkey find alternative, witty and humorous ways to protest by raising their voices peacefully, while avoiding identification.

There is a bit of irony in all this. While the Turkish government is advocating the construction of mosques on university campuses, Tunceli, the city that has the least number of mosques, has achieved the highest level of success in the countrywide middle school entrance (TEOG) exam over the last couple of years. Is this not an intriguing fact worth questioning?