A government investigation is opened into Turkish newspapers that published photos that kidnappers released of a prosecutor who was later killed. 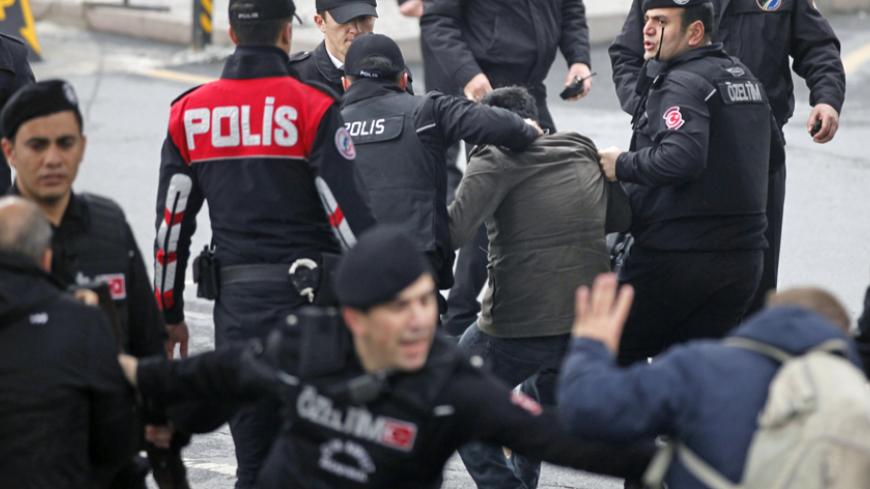 On March 31, an Istanbul prosecutor was kidnapped in his office by two gunmen posing as lawyers. They were militants of the DHKP-C, a Marxist-Leninist terror group, and they vowed to avenge the death of Berkin Elvan, a 14-year-old boy who died a year ago from head injuries caused by a police tear gas canister during the 2013 Gezi Park protests. Six hours into this week's hostage-taking, police raided the office, killing the two kidnappers and finding the prosecutor dead.

This terror attack shook the nation, and it was condemned by all major political figures. But the government and its propaganda machine is willing to use it for provoking more animosity against the opposition and as a pretext for more oppression of the critical media. The latter (mainstream newspapers such as Hurriyet) were condemned by both President Recep Tayyip Erdogan and Prime Minister Ahmet Davutoglu for merely publishing a photo that the DHKP-C militants released when they were holding the prosecutor hostage. The photo shows the prosecutor with a gun pointed to his head by the kidnappers. This, the government says, amounts to “terrorist propaganda." A prosecutor took this as a pretext to open a critical investigation against Hurriyet and three other opposition papers. Some pro-government writers are openly advocating that these “terrorist papers” be seized and tamed.

The equivalent to this would be to condemn an American or British paper for publishing images of Islamic State (IS) terrorists with their hostages. While the ethics of such news making is debatable, to see a conspiratorial “terrorist propaganda” in it is preposterous. It just shows that the Erdogan regime is missing no opportunity to further intimidate and silence its critics.

Meanwhile, the terror attack itself calls for a much more responsible rhetoric in Turkey, for it underlines the growing sectarian fault line in society. Berkin Elvan, the police victim who the terrorists claimed to avenge, was an Alevi. It is no secret that the DHKP-C is a group that has sympathizers within the Alevi segment of Turkish society. In return, the slain prosecutor was Sunni, and a graduate of the religious imam-hatip schools venerated by the ruling Justice and Development Party (AKP).

That some pro-AKP trolls on social media wrote threatening messages against Alevis after the attack did not come as a surprise. The government should be truly worried about such dangerous mindsets. Unfortunately, though, government seems intent on taking it to new heights to further polarize Turkish society on the eve of general elections.