Qaradaghi: We support action against Houthis

In this interview with Al-Monitor, the secretary-general of the International Union of Muslim Scholars, Ali Mohiuddin Al Qaradaghi, shares the union’s relations to Hamas, views on Operation Decisive Storm and other Muslim affairs. 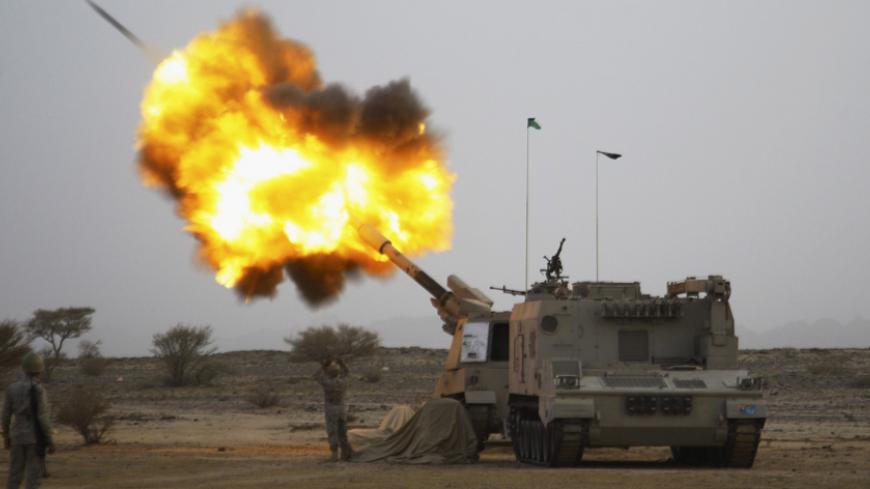 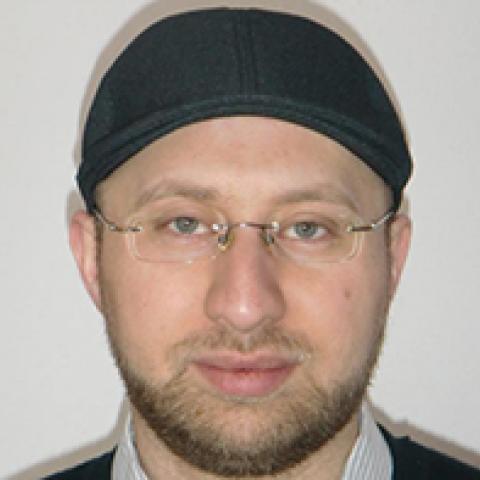 COLOGNE, Germany — The secretary-general of the International Union of Muslim Scholars, professor Ali Mohiuddin Al Qaradaghi, insisted that the Union’s endorsement of Operation Decisive Storm was not influenced by any one political faction, and that the union adopted stances independently aimed at safeguarding the interest of Muslim affairs, in its capacity as representative of all Muslims, regardless of denomination or sect. The union was listed as a terrorist organization by the United Arab Emirates (UAE) in a move that seemed to target organizations considered to be supportive of the Muslim Brotherhood. The union's chairman, Yusuf al-Qaradawi, is seen by many as the Muslim Brotherhood's spiritual leader though he holds no official position in the group's leadership and the union is not affiliated with the Muslim Brotherhood.

In an interview with Al-Monitor in Cologne, Germany, on April 12, Qaradaghi further affirmed that the union would stand by Hamas and support its defense of the Palestinian people. He continued to state that the International Union of Muslim Scholars is a purely Muslim union comprised of Muslim scholars who work toward the safeguarding of Muslim affairs. In its capacity as representative of Muslims of all denominations and sects, the union is not affiliated to any particular country and does not bear animosity toward any government.

Al-Monitor:  Why did the International Union of Muslim Scholars endorse Operation Decisive Storm against Ansar Allah in Yemen?

Qaradaghi:  We condemned oppression and tyranny in Egypt, stood with freedom in Syria and elsewhere and supported the legitimate rights of the Palestinians. From the same Muslim point of view, we issued many statements condemning the Houthi coup from the onset, as we condemned the coup in Egypt. We do not have double standards in that regard, and we have issued statements advising the Houthis to return home, stop compromising the legitimate government and abide by all principles and conventions that the majority of the Yemeni people agreed to. But the Houthis did not heed the union’s advice, went so far as to detain President Abed Rabbo Mansour Hadi and forcefully impose their coup on the Yemeni people — despite them being a minority — all the while relying on external factions. This situation led to the Yemeni president seeking, and Gulf states responding, to his request for help to restore legitimacy to Yemen, which we, in the union, fully endorse.

Al-Monitor:  Is the International Union of Muslim Scholars’ stance vis-a-vis Operation Decisive Storm motivated by political or rather by religious legal reasons?

Qaradaghi:  The legal religious root of this affair lies in the fact that the [Hadi]-led Yemeni legitimate government came to power with the approval of the Yemeni people. As a result, this bloody military coup can be construed to fall under the purview of the [Quranic] text that states: “[B]ut if one of them transgresses beyond bounds against the other, then fight ye (all) against the one that transgresses until it complies with the command of Allah,” as our lord Ali did with regard to the Kharijites when they militarily rose against him. That is why we took our position in this case, without being influenced by the political stance of any country whatsoever. The union, as its statute dictates and its general assembly decides, is committed to stand with justice against oppression, even if that caused it harm, in keeping with the holy text that reads: “[Allah praises] those who convey the messages of Allah and fear him and do not fear anyone but Allah. And sufficient is Allah as accountant.”

Al-Monitor:  What is the nature of the relationship between the International Union of Muslim Scholars and the Gulf states, especially the relationship with Saudi Arabia after the death of King Abdullah bin Abdul Aziz?

Qaradaghi:  We do not espouse a negative stance toward any of the Gulf states, particularly the Kingdom of Saudi Arabia, which holds a distinguished place in the union. We have had legal opinions that differed from those of Saudi Arabia, such as the one concerning the coup in Egypt. For, from a religious legal point of view, one must stand with the legitimate government and cannot back a coup. Any mistakes committed by the [Mohammed] Morsi regime should have been peacefully addressed. Throughout history, Saudi Arabia has played a pivotal role in reconciling between belligerents in the Arab and Muslim worlds, such as their important role in reconciling between the belligerents in Afghanistan or between Fatah and Hamas. We are now optimistic that Saudi Arabia will play a pivotal role to reconcile between all belligerents in the Muslim world, particularly among the Sunnis.

Al-Monitor:  What is your position regarding the United Arab Emirates classifying the International Union of Muslim Scholars as a terrorist organization? Have you had contact with the UAE in this regard?

Qaradaghi:  That was a hasty decision on their part. The union is comprised of scholars from throughout the Muslim world and includes approximately 95,000 scholars and 67 scholarly organizations and associations. We are optimistic that the UAE will quickly reconsider and remove the union from the said list, which is locally adopted by the UAE and has no international bearing, for it also includes US State Department consultants such as CAIR [Council on American-Islamic Relations]. We have not communicated with them directly, but they have been informed about our position. We, as a union, have not offended anyone. A differentiation must be made between the union and its stances as officially stated, and individuals affiliated with the union; for, regardless of the position of those individuals, their opinions do not represent those of the union. The union in this sense is represented by its officially released statements adopted by its president, secretary-general or board of trustees.

Al-Monitor:  Does the International Union of Muslim Scholars play a political role in certain Arab or Muslim issues? In other words, have you mediated between rival parties?

Qaradaghi:  Prior to the Houthis’ expansion on the ground, we were preparing to hold a conference between Zaydi and Shafai scholars through the union’s Yemeni branch. But the Houthis’ haste and their military expansion negated this reconciliatory effort. Furthermore, prior to June 30, 2013, we tried to mediate and reconcile between the various factions in Egypt through our Muslim Council of Elders, which is headed by former Sudanese President Abdul Rahman Siwar al-Dhahab, and includes high-ranking officials, such as former Malaysian Prime Minister Mahathir Mohamad. But, unfortunately, our mediation failed, as did other mediation efforts undertaken by us in the Arab World.

Al-Monitor:  Did you successfully mediate outside the Arab World?

Qaradaghi:  Yes, we have had successful mediation efforts in the Muslim world, such as in Kyrgyzstan in 2010. I headed the Muslim Scholar delegation, which visited the country at the behest of Omurbek Tekebayev, the vice president to Kyrgyz President Roza Otunbayeva, at a time when a conflict raged between the Kyrgyz and the Uzbeks, where we saw 3,000 burned houses. The visit aimed to assist Kyrgyzstan in achieving national reconciliation and rebuilding the country. In that regard, we succeeded in reconciling between the belligerents, whereby no further problems have occurred from 2010 to date. In 2012, we also reconciled between the Dagestan government and its opponents, with Dagestan’s President Mohammad Salam Mahmoudov expressing pleasure that the secretary-general of the International Union of Muslim Scholars accept his invitation to visit the country, praising the union’s role in solving many contentious issues; the latest of which was the ethnic conflict in Kyrgyzstan, and its adoption of an approach based on moderation.

Al-Monitor:  What is the link between the International Union of Muslim Scholars and the Muslim Brotherhood, and Hamas?

Qaradaghi:  The union includes all Muslim scholars; be they union scholars, Sunni, affiliated with Hamas, Ibadi, Salafi, Zaydi, Sufi or Tablighi. We view Hamas from the perspective of the Palestinian cause, which must remain the pre-eminent cause not just for the union but for all Arabs, Muslims and free humanitarians of the world. We stand against oppression, tyranny, displacement and detention tactics that Israeli occupation forces rely upon; this is a humanitarian and international stance. Hamas is defending the rights of the nation, and the nation must stand by those who defend its pre-eminent cause.

Al-Monitor:  Do you have any influence on Syrian opposition groups, particularly the Islamists among them? Do they request fatwas of you?

Qaradaghi:  We are a union that includes Syrian scholars, unions and associations. There are six scholarly associations in Syria represented by the Supreme Council of Scholars headed by Sheikh Osama Rifai, all of which are members in the union. We have natural but unofficial contact with Syrian political opposition factions, but our official contact is limited to the Syrian scholars.

Al-Monitor:  On April 11, an Egyptian court sentenced to death the Muslim Brotherhood’s Supreme Guide Mohammed Badie and 13 others, in a case known as the “Rabia Operations Room" trial. What is the union’s stance in this regard?

Qaradaghi:  We issued many statements regarding executions because they are unjust and violate religious and legal norms. That is why we condemned those rulings and asked Arab states, Muslim countries and human rights organizations to intervene and stop those rulings because they violated the laws of God and man, as well as the basic right of any accused to defend himself; for these death sentences are unjust, as affirmed by human rights organizations throughout the world.