The Islamic State has been recruiting child soldiers for quite some time now, and the world is finally taking notice. 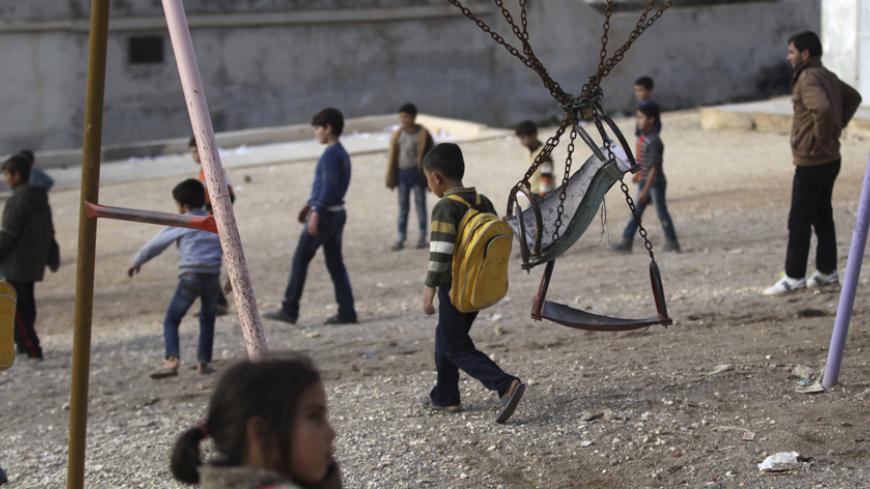 Children who were internally displaced from Hama and Idlib walk in a makeshift school playground within a refugee camp beside the Syrian-Turkish border in Qtma, Dec. 18, 2014.

In one of the Islamic State's (IS) latest YouTube videos, children stand in formation, reciting and chanting the orders of an instructor. The children, as young as five or six, are training to be fighters.

“God is great,” they shout. The video then shows the children kneeling in a circle, listening to the trainer explain how they are part of Syria's “Farouq Institute,” which seems to be a training program. He calls the children “cubs of the caliphate,” saying they are receiving education about Islam and the teachings of martyrdom. He says that IS is preparing a new generation “to redeem Al-Aqsa” and that the newest fighters will help extend the caliphate “to Rome.”

These children are not the first to be enlisted as soldiers, but part of a continuing tradition of guerilla militias.

Charu Lata Hogg, of the UK-based Child Soldiers International, told Al-Monitor that the phenomenon of child soldiers is well established, noting examples from African and Asian countries. What is different this time, Hogg said, is that “IS is showing us exactly how it’s done.”

IS' use of social media is unprecedented, from depicting beheadings to issuing threatening speeches. Now, the group is training children.

In the YouTube video, boys are shown participating in military camp routines, singing verses from the Quran and being asked to recite what they have learned. Seven minutes into the video, the boys recite their lessons: They are to kill the caliphate’s enemies or take them as slaves.

According to a 2014 Human Rights Watch report, children are being used as “sleeper cells” or spies to gather information. They are also used in combat roles or in suicide bombing missions. The report also reveals that a number of children in the Middle East even volunteer for such missions.

Al-Monitor spoke to Fred Abrahams of Human Rights Watch, who said that in such cases, children "don’t absorb the gravity" of their actions. "They are not adults” and “cannot make decisions based on facts," he said.

“These kids are twisted, pressured and forced” into militias, Abrahams added.

Hogg told Al-Monitor that since many children in Syria and Iraq are orphans and come from situations of war, they are easily influenced. All IS “recruitment is coercive,” she said. Their “indoctrination,” she added, comes as an “alternate curriculum” for the children, since Syria, like any war-torn country, no longer has an effective education system.

On March 24, the Syrian Observatory for Human Rights reported that IS was offering boys salaried positions as fighters upon the age of 15.

Abrahams said that children are offered a chance to “fight for their future,” which IS depicts as one of stability, where they will have “a family, a purpose, to be part of a team and a sense of belonging.”

He went on, “I can understand why a refugee kid would be attracted to IS.”

But as military action intensifies against IS in Syria and Iraq, the group has shown that it will use children at the front. It has released videos of boys participating in executions, the most recent that of a Palestinian captive.

In an interview with Al-Monitor, retired Lebanese Gen. Hisham Jaber stated that when fighting in a war, a soldier cannot always discern another fighter's age. As a result, soldiers should continue to fight, even if that means aiming one's weapon at a minor. “If he has a gun — everyone who can fight you — yes, I think it’s normal; they could be good fighters,” he said.

Jaber stated that the Lebanese army in particular "does its best to not kill [child fighters], but to arrest them," adding, "It’s very hard to kill a kid, but the kid has come to kill you."

Jaber said that other countries, like the United States, with its more advanced technology, “should be more prepared” to face child soldiers. But ultimately, facing a child is not an easy task.

In Lebanon, children who are captured and arrested by the Lebanese army are taken to youth detention centers, said Jaber. The case will then be tried in court. “If any mature person kills another, he will be tried to the full extent of the law,” he said, but “if the killer is, say, 15 years old, the prison sentences will be much lighter.”

When the war in Syria and Iraq is over, Abrahams said, “These kids will be screwed up, and it’s a huge uphill battle.”

Communities, Abrahams said, need to consider how to address "kids' psychological needs after having faced the trauma of being a child soldier."

Hogg said, “Levels of trauma have to be addressed, and [the child fighters] will need to be introduced to social, non-violent surroundings. The process of unlearning takes community and governmental support,” and "Every intervention has to be situation-specific for boys and for girls."

Jaber said “thousands” of refugee children in Lebanon are “potential fighters.” The UN High Commissioner for Refugees estimates that Lebanon is home to nearly 2 million Syrian refugees. Of those, nearly 75,000 are male minors between the ages of 12 and 17.

Jaber believes it will take a collaborative effort between government ministries, the military and intelligence sectors to help prevent militias from gaining new recruits. But with nowhere else to belong, children are finding survival among the ranks of IS, whose leaders are letting the world know that they are building their greatest weapon yet. 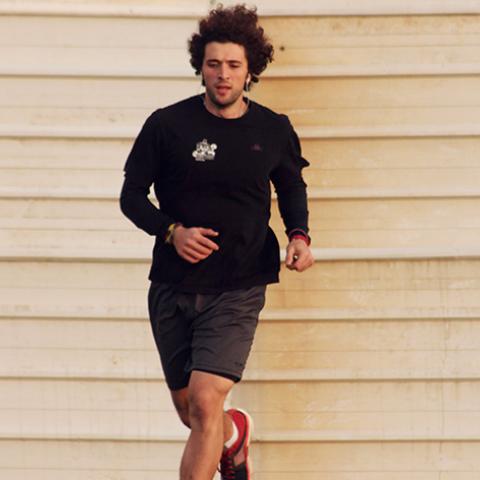 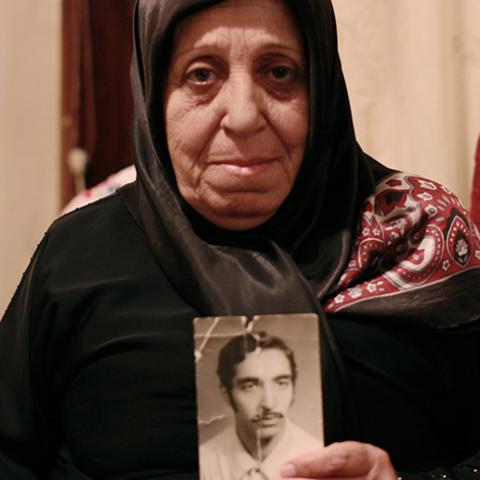 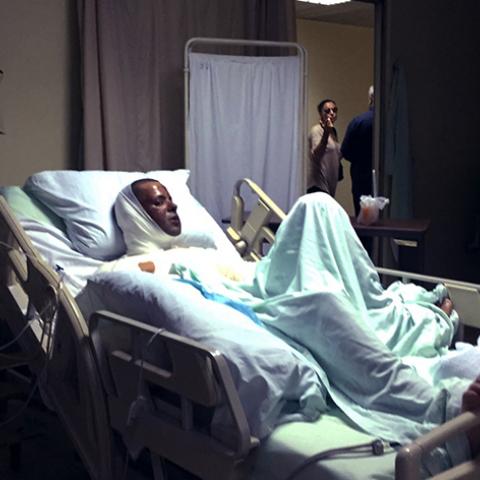