Senate seeks to unblock path for war on Islamic State

A look at the Middle East issues Congress will address the week of March 9. 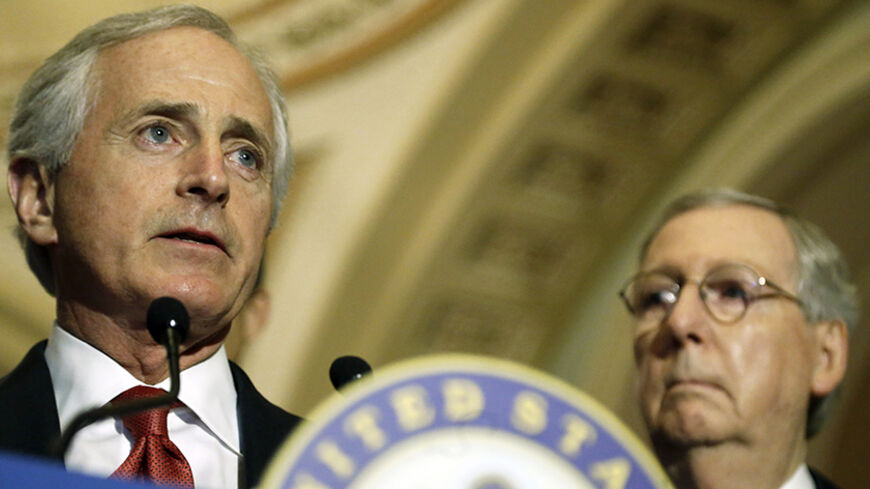 WASHINGTON — The new Senate Foreign Relations Committee chairman faces one of his greatest challenges yet next week as he tries to build support for a White House war authorization that no one seems to like.

Members of both parties have objected to President Barack Obama's reliance on Authorizations for Use of Military Force from 2001 and 2002 to wage the war against the Islamic State since this summer. But they can't agree on an alternative: Next week's hearing comes as Democrats on the panel have rejected language they fear could open the door to a large deployment of US troops to Iraq and Syria, while many Republicans instead worry that the president's proposal would hamstring US commanders on the ground.

Other than that it will be a light week on Capitol Hill, with the House out in one of the rare instances when the chambers' recesses don't coincide.

The Senate Appropriations panel with jurisdiction over foreign operations holds a hearing March 11 on "Protecting Religious Freedom Abroad." Witnesses include Ambassador-at-Large for International Religious Freedom David Saperstein and representatives of the U.S. Conference of Catholic Bishops, the Family Research Council and the American Center for Law and Justice.

The briefing comes as opponents of the nuclear deal that appears to be taking shape are increasingly raising concerns about Iran's actions and ambitions to denounce any effort to treat Iran as a "normal country."

"Iran's founding document pledges death, tyranny, and the pursuit of jihad. And as states are collapsing across the Middle East, Iran is charging into the void to do just that," Israeli Prime Minister Benjamin Netanyahu told a receptive joint session of Congress on March 3. "Iran's goons in Gaza, its lackeys in Lebanon, its revolutionary guards on the Golan Heights are clutching Israel with three tentacles of terror. Backed by Iran, Assad is slaughtering Syrians. Backed by Iran, Shiite militias are rampaging through Iraq. Backed by Iran, Houthis are seizing control of Yemen, threatening the strategic straits at the mouth of the Red Sea. Along with the Straits of Hormuz, that would give Iran a second choke-point on the world's oil supply."

Despite the dire warnings, Democrats have slammed the breaks on any congressional action before the March 24 deadline for a political framework agreement. If Iran doesn't show signs of getting on board a deal by then, all bets are off.