The Revolutionary Punishment Movement claimed responsibility for bombing banks that participated in the Egypt Economic Development Conference on March 13-15, in what seems to be a failed attempt at crippling investments in Egypt. 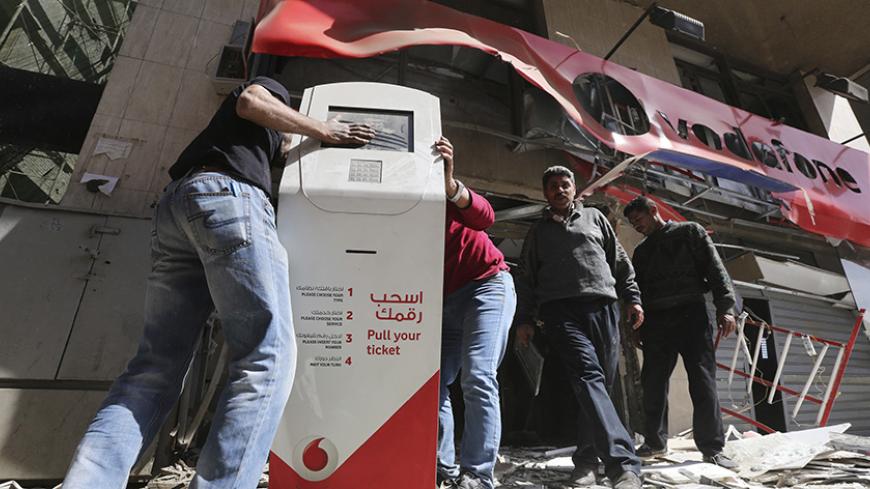 During the Economic Development Conference held in Sharm el-Sheikh to encourage and stimulate investment in Egypt, bombs exploded on March 13-14 in the vicinity of the HSBC, Barclays and Piraeus banks in Alexandria.

On its Twitter page, the Revolutionary Punishment Movement (al-Iqab al-Thawri) claimed responsibility for the bombings, which it said came in response to the participation of these banks, regarded as one of the main strengths of the event, in the conference.

Two days before the start of the conference, on March 11, the movement posted a YouTube video threatening to retaliate against Arab investors if they participate in the conference. The movement opposed the conference because it supports the current regime, which they are trying to oust.

Al-Iqab al-Thawri is a terrorist movement founded on Jan. 24, 2015. It aims to bring down the current Egyptian regime by using armed force and utilizes several social media accounts to advertise its threats and operations. The movement’s ideology has not been made public. According to security experts, it might be affiliated with the Muslim Brotherhood, but that has not yet been confirmed.

The explosions took place on March 13-14 when the Egyptian Exchange was closed for a holiday.

On March 15, the stock market rose by an estimated 2 billion Egyptian pounds ($261 million). Normally, bombings and terrorism affect stock markets negatively. Indeed, this was the case when the Egyptian Exchange dropped by an estimated 26 billion Egyptian pounds ($3.39 billion) at the end of the week that saw a bomb blast near Cairo University in April 2014.

Economic expert Faraj Abdel Fattah, professor at the faculty of economics and political science at the University of Cairo, told Al-Monitor that the fact that the stock market rose despite the recent bombings near the banks indicates that the economic conference, “which dominated all the events,” had a positive impact after all.

He said that market losses or gains do not reflect the economic situation in Egypt in full, but rather reflect the state of small investors and speculators, who make up a large proportion of traders. “Those are usually easily affected and scared by news of bombings. However, the economic conference overcame the effects of those events. Big investors and stable capital holders such as HSBC are usually not affected by [terror attacks],” Abdel Fattah said.

Al-Monitor tried to communicate with the HSBC’s management to gauge the impact of the bombings on the bank and their intention to increase its investments in Egypt after the economic conference, but the bank did not respond. However, following the bombings, there were no reports or statements that HSBC will withdraw from the economic conference or reduce its investments in Egypt.

The Revolutionary Punishment Movement has been — in a move akin to that of similar groups — using social media to spread its messages. On how to track organizations that use social media to advertise themselves, retired Maj. Gen. Khaled Okasha, a security expert, told Al-Monitor that there was no specific strategy to keep track of those organizations or to make sure that they are real organizations in the first place. He said, “Most of these organizations are arms of the Muslim Brotherhood and they spread on social media under other names to mislead the public.”

Technology expert Ahmed Oteify told Al-Monitor that it is difficult to track those behind this movement or similar organizations because they can camouflage their websites by creating thousands of fake social media accounts, by how they access the Internet and manage those websites and by using fake IP addresses. Oteify said, “Fake IP addresses may fool those trying to track a page and make it appear that the [site's] administrator is present in another country while he is in fact present in Egypt.”

Okasha said that trying to track the web administrators of those groups, whether they are fake or real, may not be feasible because they may be outside Egypt already, in Qatar or Turkey, for instance.

On March 12, the Interior Ministry announced the arrest of the person managing one of the Revolutionary Punishment Movement’s pages on social media. But despite the security alert, this did not stop the bombings near the banks in Alexandria the next day.

The movement's Facebook page had been inactive since March 2, or 10 days before the announcement that the group’s administrator was arrested. One of the group’s Twitter accounts was inactive between March 12 and March 21. The group’s second Twitter account remained active throughout.

It is interesting that the security forces in this case announced the capture of the page administrator despite the fact that such news is often surrounded by secrecy to allow security forces to operate under the radar and not give a movement they want to capture a heads-up. According to Oteify, this probably means that the person “did not have a lot of information about the movement and its plans, and was just a liaison between the movement and the social media users."

It could also mean that the security forces were able to extract some plans and information from him, but they erred by revealing his arrest, which may have driven the group to change its plans during the economic conference and thus opt to bomb the banks instead of something else. Another possibility is that the news of the arrest was just a message of reassurance from the Interior Ministry directed toward the investors before the start of the conference.

It could be argued that the operations of the Revolutionary Punishment Movement had very limited economic impact, given that the conference went ahead, that the targeted institutions did not withdraw and that the stock market was not affected. But how to deal with such groups remains unclear.