Manama's embassy in Washington is circulating a letter calling for a united front against IS, Iran; Bahrain is courting Congress in its effort to get the Obama administration to unblock weapons sales that were suspended after its 2011 crackdown on Shiite-led protesters. 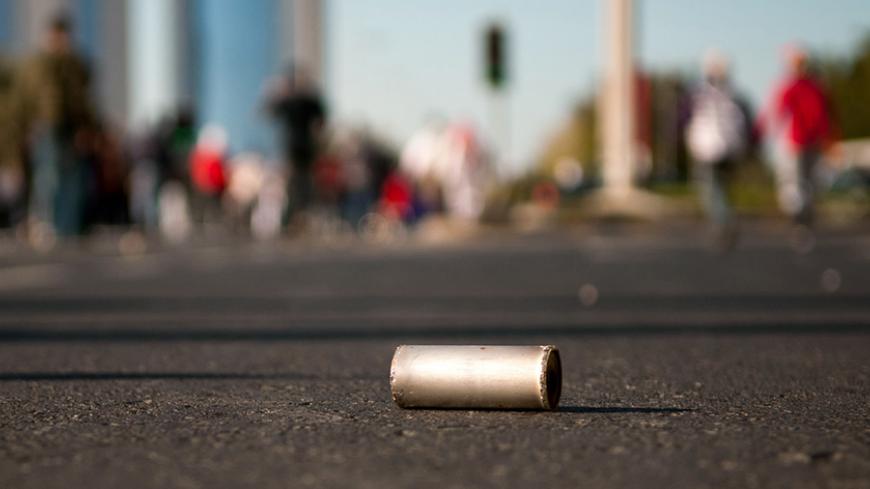 A tear gas canister is seen on the ground after anti-government protesters pushed through security forces to retake Pearl Square in Manama, Feb. 19, 2011. - REUTERS/James Lawler Duggan

Manama's embassy in Washington is circulating a letter in the House and Senate that highlights the Gulf island kingdom's role in the international coalition against the Islamic State (IS) in Iraq and Syria. The letter, which is addressed to Secretary of State John Kerry and Defense Secretary Ashton Carter, also highlights the need for "unity and cohesiveness" amid nuclear talks with Iran that have put the Arab Gulf countries on edge.

"As the pace of the fight against ISIL [IS] picks up and the nuclear talks with Iran proceed, it is critical that we demonstrate unity and cohesiveness among our Coalition partners," says the letter, which was obtained by Al-Monitor. "We believe that lifting the holds placed on the sale of certain military items to Bahrain would send a strong message of support to our allies in the region. We urge the administration to lift the holds placed on items that do not require congressional notification immediately, and to begin to work promptly to resolve those that do."

The letter doesn't detail the types of weapons Bahrain is seeking, but according to a recent Congressional Research Service (CRS) report the items held up include Humvees, rifles, ammunition, tear gas and "other equipment that could be used against protesters." Further items were held up after Manama expelled Assistant Secretary of State Tom Malinowski over his meeting with opposition figures last year, according to The New York Times.

While the letter has been circulating among the House and Senate foreign panels, it has yet to reach many lawmakers' desks. Still, several told Al-Monitor they might consider signing on.

"I'm very concerned about Iranian penetration into Bahrain; that's their next target," said Senate Armed Services Committee Chairman John McCain, R-Ariz. "There are several things I'm not happy about that [Bahrain's] government has done, but they need to be able to defend their country. There's no doubt that Iranian weapons are coming into Bahrain. We should give them weapons and we should continue to pressure them to respect human rights — both."

“Yes, I'd like the Bahrainis to do some things differently,” Risch said. “[But] how can you have somebody in the coalition and say, 'OK, fight, but we're not going to sell you any weapons?'”

A State Department official confirmed to Al-Monitor that the US government "continues to withhold the export of some articles, including crowd-control items, and those that could be used for internal security." The rationale: "encourage Bahrain’s stability and security."

According to the CRS report from last month, “there appears to be broad agreement among observers” that the country has so far failed to implement several steps recommended by the post-uprising Bahrain Independent Commission of Inquiry, notably those regarding government torture, detention without prompt access to legal counsel, charges against nonviolent protesters and free expression and access to the media for the opposition.

"Reform, dialogue, and respect for universal human rights represent the best path to achieving the peace and security that all Bahraini citizens deserve," the State Department official said. "We continue to encourage all elements of Bahraini society to create the right conditions for reconciliation and reform."

The effort comes amid an unprecedented lobbying and public relations push by Bahrain since the blowback to its 2011 crackdown.