A new document by Israeli experts on the European Union calls upon Israel's next government not to distance itself from Europe, but to seek special relations with the world's largest commercial bloc. 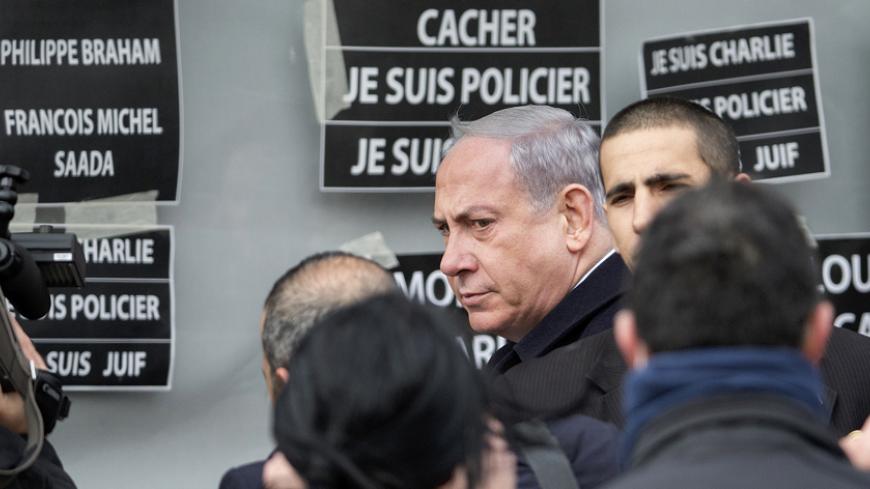 “Do not drop Europe – Experts call to adhere to the EU.” That is the title of a document written by a group of Israeli academics who specialize in the European Union. In this document, these authorities express their concern about the deteriorating relationship between Israel and Europe. They expect 2015 to mark a turning point in the EU’s attitude toward Israel, mainly because EU decision-makers consider the Palestinian-Israeli conflict to be a significant factor in a series of crises that threaten economic and political order on the continent. They are referring especially to Islamic terrorism, which is thriving, as it strikes at the heart of Europe. This violence is perceived in Europe as spillover of Middle Eastern violence to the continent.

The authors of the document, all senior researchers on the EU from leading Israeli universities, visited the EU headquarters in Brussels on Feb. 1-4, only about a month after the January terror attacks in Paris. The group included Prof. Alfred Tovias of the Hebrew University, Dr. Roby Nathanson of the Macro Center for Political Economics, Dr. Tal Sadeh from the Tel Aviv University, Dr. Lior Herman and Dr. Maya Sion from the Hebrew University and the author of this article. Following these Paris attacks, Prime Minister Benjamin Netanyahu refocused and clarified his perception, by which Israel should decrease its economic dependence on Europe. Netanyahu anchored that on the wave of Islamization, anti-Semitism and anti-Zionism washing over Europe nowadays.

After a series of meetings with senior politicians and bureaucrats, the authors of the document left with the impression that there is enormous appreciation for Israel among the EU’s decision-makers. They regard Israel as a democratic country that honors international agreements, and consider it to be a nation committed to human rights. They recognize its obligation to its economy and its ability to implement market reforms, while maintaining macroeconomic discipline, and appreciate its dedication to furthering technology and innovation. Those senior officials had no qualms about saying that based on those perspectives alone Israel could easily integrate with the EU and become one of its most successful member states. At the same time, however, the document also emphasizes that it is important for Israel to take proactive measures to advance political and diplomatic stability in the region. This can be achieved by striving to reach a permanent agreement with the Palestinian Authority, for instance, and by establishing partnerships with moderate Arab regimes, and joining these, the EU and the United States in a common struggle against extremists in the Middle East.

The EU would like to rely on Israel as a strategic partner in its struggle to defend Western culture. To achieve this, however, “Israel must side with the EU as a partner, in such a way that avoids it being positioned as a factor contributing to the threat.”

The authors of the document underscore that from the European perspective, the situation leaves Israeli decision-makers at a crossroad. The combination of a diplomatic stalemate and the expansion of settlements in Judea and Samaria, accompanied by repeated military operations in densely populated areas are thought to run counter to the EU’s interests. EU politicians and bureaucrats even expressed the view that the current situation could cause the Europeans to freeze their agreements with Israel, causing significant damage to Israel’s economy, scientific research and perhaps even the freedom of movement of its citizens in Europe. On the other hand, the Europeans also promised that by exploiting the current strategic opportunity to end the Palestinian-Israeli conflict, Israel could be accepted as a special partner of the EU, with a status similar to that of Switzerland and Norway (with the necessary adjustments), as the EU’s Foreign Affairs Council suggested to Israel on Dec. 16, 2013.

The writers of this document were invited to Brussels, along with this author, by the German Friedrich Ebert Foundation. Together they formulated a series of recommendations for policymakers in Israel, focusing on building closer ties not only with the individual nations of Europe but with the EU’s institutions in Brussels as well.

First and foremost, they call for Israel to consider the EU to be a strategic partner. The EU’s struggle against radical forces around the world is also Israel’s struggle. Cooperation in the war against terror is obvious, but efforts should also be made to develop a proactive diplomatic strategy vis-a-vis the EU, and not just a reactive one.

In addition, Israel must convince the EU that it is serious, forthright and honest about its goal of reaching a permanent agreement with the Palestinians. The effort alone could be enough to prevent a deterioration of the relationship with the EU, they emphasize. The Israeli government must not play into the hands of its enemies and corroborate the image it has in Europe as a country that is not interested in peace.

They call upon Israel not to depend exclusively on bilateral ties with individual European states, but also focus on its relations with EU central institutions, i.e., the European Council, the European Commission and the European External Action Service.

On the economic level, the experts emphasize that as a developed market economy, Israel must tighten its ties with the EU. The EU is the largest trade organization in the world (in terms of the scope of its economic activities), and it is Israel’s leading trade partner. In fact, the EU accounts for approximately one-third of all of Israel’s imports and exports. They believe that most of the Israeli decision-makers are unfamiliar with the European mechanism, its complex bureaucracy and sometimes intimidating administration. Hence, they must study carefully and methodically the EU's institutions and modus operandi through academic courses, while at the same time increasing Israeli presence in the various institutions and committees of the EU, as well as in its lobbying groups. In more prosaic terms, apart from visiting European capitals, it is important that the Israeli prime minister and senior ministers visit the institutions of the EU as part of this effort.

Contrary to the prevailing impression in Israel — following the resolution of the European Parliament to recognize in principle the Palestinian state, and the EU's court decision to exclude Hamas from its terrorist list — officials within the European Commission are not at all hostile to Israel and have expressed a desire to expand cooperation, regardless of the state of the diplomatic process, provided that no changes to existing agreements are necessary.

Maya Sion, of the Hebrew University European Forum and one of the authors of the document, told Al-Monitor that the EU is increasingly radicalizing its attitude toward Israel, while Israel for its part keeps ignoring the European proposal to upgrade relations in reward to advancement on the diplomatic track with the Palestinians. According to Sion, any damage to these relations might be tantamount to damaging Israel's economic and diplomatic strength, creating negative diplomatic erosion against Israel worldwide, especially within the club of the democratic liberal developed nation, to which Israel aspires to belong.

''This document is not directed exclusively to politicians and statesmen. It targets any person maintaining working relations with the EU,'' she said.

“The waiting period” — that is one way to describe the attitude toward Israel in the corridors of the EU, just weeks before the March 17 Israeli elections. The Europeans are waiting to see the outcome of the vote, the shape that the coalition will take and the steps that will be taken to fulfill the new government’s policies. In the spirit of these times, the aforementioned document calls on Israel to choose Europe.