The advent of social media has changed the face of election campaigning, with productions in TV studios giving way to video clips, delivering their message in the absence of regulation or supervision. 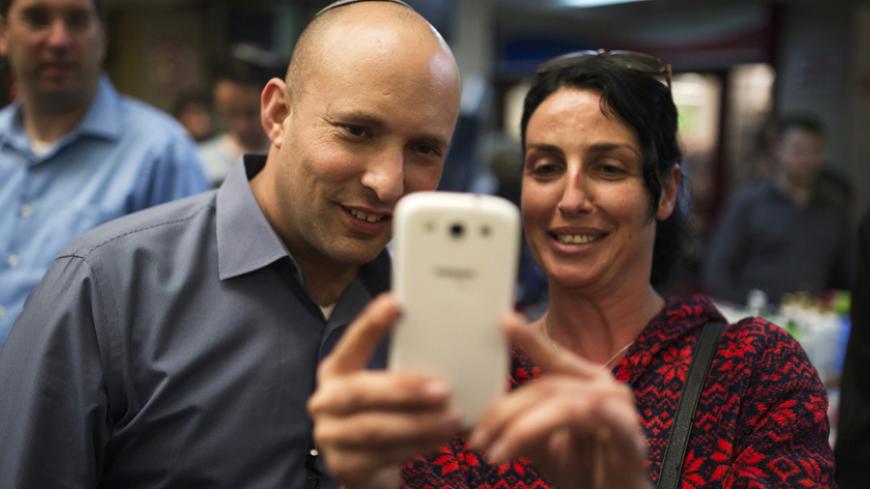 Naftali Bennett poses for a picture with a supporter as he campaigns in Ashkelon, Feb. 3, 2015. - REUTERS/Amir Cohen

As in previous Israeli elections, the parties running for the Knesset are airing campaign spots that glorify their purported achievements or attack their rivals. While the impact of these videos on the electorate is questionable, it's quite clear that so far, they seem to be defining the current electoral race.

In the pre-Internet days, the contending parties used to produce video clips for airing on TV in a series of broadcasts scheduled just ahead of the elections. Each party aired its own clip, contrary to the practice of some other counties, like Sweden, where one broadcast includes interviews with representatives of all the contending parties. Under the election law, each party was allotted broadcasting time for campaigning on the public TV and radio channels for about two weeks before the election. The time slot allocated to each party was compatible with its size in the outgoing Knesset: Seven minutes per party, plus two minutes for each incumbent Knesset member representing the party. A new party got 10 minutes.

The Israeli Central Election Committee supervises and authorizes these ads. But the monopoly over the campaign broadcasts, previously in the hands of the state TV and radio channels, has been undone in recent years by the social media, and so regulation and supervision by the authorities over the contents of these clips has weakened.

Avi Goth, senior strategic adviser and CEO of Concord Strategic Solutions, told Al-Monitor, “The new concept of election campaign video clips is beyond the supervisory power of the Central Elections Committee, and this triggers high creativity in the absence of regulatory restrictions.”

Goth touches upon a crucial point that differentiates the Israeli election broadcasts from those of other Western democracies. The Israeli legislation frames the boundaries of the Israeli election broadcasts. The vast power of the Central Election Committee and its ability to ban certain clips and restrict air time has all driven the parties to seek ways around it. Unlike the United States, Israeli parties are not allowed to purchase air time on TV channels of their choice, but the digital era is providing them with a simple and widely available method of bypassing the broadcast legislation.

Gili Meisler, who runs a Tel Aviv studio that used to produce election campaign videos on behalf of one of the parties, agrees. He, too, believes that the new outlet these videos have found on social networks requires a different approach on the part of campaign managers. “Producers of campaign broadcasts should think outside the box," he told Al-Monitor. "They have to adapt the broadcasts to the new media platform and generate interest among young people.” The latest data from the Israel Central Bureau of Statistics shows that almost half of the citizens eligible to vote are under 40.

The impact of these spots on the ballot box has long been questioned and never determined. Dana Blander's January article published by the Israel Democracy Institute indicates that viewership rates have dropped significantly from 30% of viewers on a broadcast's first night in 1996, down to 15% in 2006. Despite these findings, it seems that the various parties continue to invest resources in campaign ads.

Switching the focus of activity from TV broadcasts to the social networks has economic implications, as well. In the pre-Internet era, the campaign-ad production market was dominated by five to 10 major studios and a number of medium-sized studios. The expenses of each such studio were enormous and productions priced accordingly. The cost of a single video clip, including editing with graphic effects and narration, could thus easily reach $200,000.

Meisler estimates that that the notorious clip that opened the Likud election campaign, presenting the prime minister as a nursery school teacher and his political opponents as unruly children, cost his party no more than a few thousand dollars.

The governmental budget allotted to the election campaigns depends essentially on the size of the incumbent party, but the calculation is complex and also takes into account the projected outcome of the elections. For the 2015 race, the overall budget is estimated at 160-200 million shekels ($40 million-$50 million). One must bear in mind, though, that the Likud Party and Zionist Camp are heavily indebted to the state, so this change in production costs is particularly significant to them.

The success of the campaign ads is measured by their virality. Netanyahu’s “kindergarten Knesset” clip was banned by the Central Elections Committee for using images of children, which is prohibited. But it had already been widely shared and reposted, and has been hailed as a hit.

Low cost and speedy production abilities have given rise to a lively exchange of campaign clips. The airing of a one by a party is promptly responded to by a counter-clip from another. It is a whole new phenomenon, never seen in the traditional Israeli election campaigns conducted on radio and TV. For example, there is the Likud's animated clip “Herzog & Livni on the hotline,” in which the Zionist Camp co-heads appear to be afraid of answering a phone call announcing a security crisis. The ad prompted same-day responses by both the Zionist Camp and Moshe Kahlon’s Kulanu.

“What is going on pointedly reflects this era of social networking: the bravado, the erratic spirit, the audacity and above all, the speed of response,” says Rami Yitzhar, who heads the mass communications company Inyan Merkazi. "In the current campaign, we have seen counter-clips aired in response to clips that circulated less than two hours before. The cost of preparing these clips is negligible, so trigger-happy reactions have become the norm. A series of campaign clips costs no more than $15,000, and it is a profitable investment for the political parties."

The lack of surveillance over campaign ads on the Internet combined with new technology and low production costs have dramatically changed the practice. The real challenge is the formulation of the message behind the video clips, rather than their actual production. As production has become simpler and cheaper, more time and resources are left for the creation of wittier and more biting, even malicious advertising. 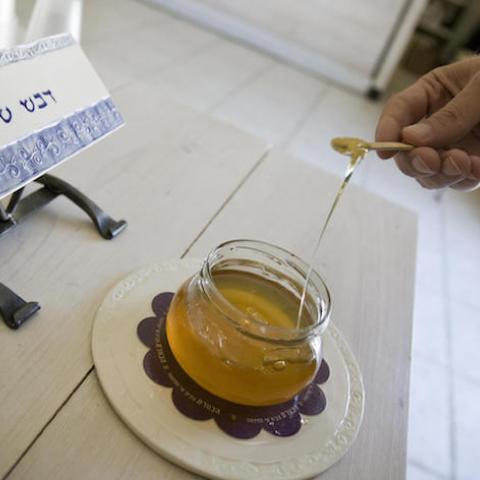 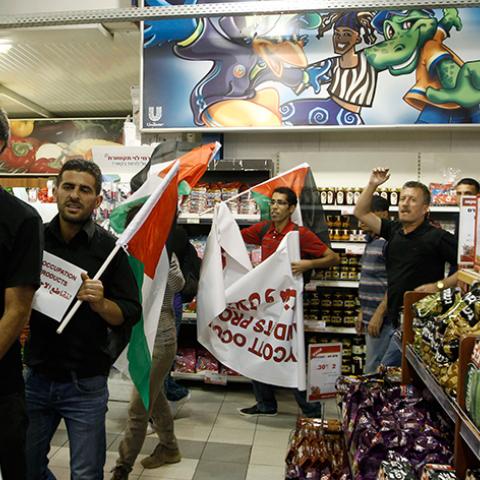