IRGC to reopen its own high schools

Iran's Islamic Revolutionary Guard Corps says it intends to re-engage with the high school system to train a new generation committed to its goals. 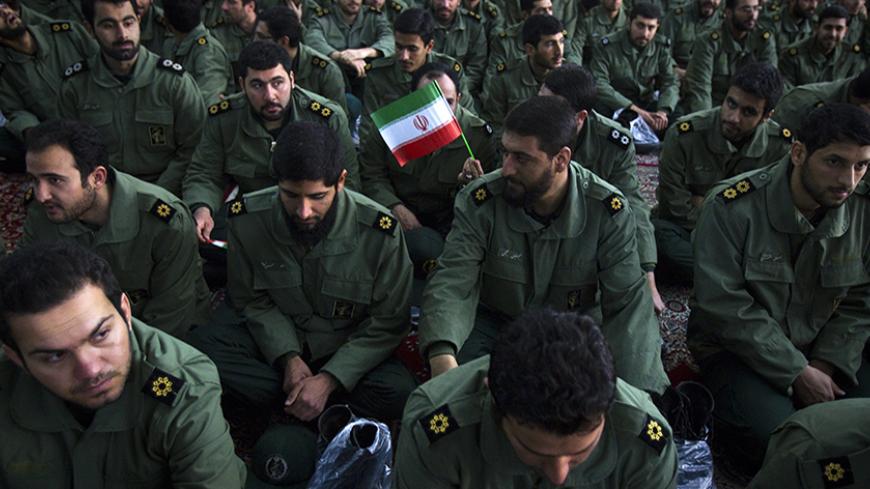 Members of the Revolutionary Guard attend the anniversary ceremony of Iran's Islamic Revolution at the Khomeini shrine in the Behesht Zahra cemetery, south of Tehran, Feb. 1, 2012. - REUTERS/Raheb Homavandi 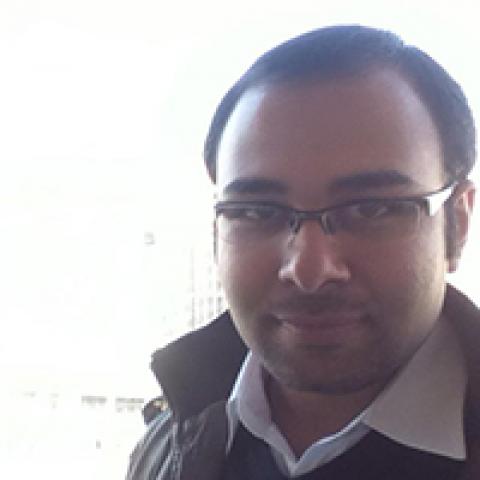 Brig. Gen. Hossein Salami, the deputy chief commander of the Islamic Revolutionary Guard Corps (IRGC), said in a commemoration of the martyrs of the Sepah High School that “the issue of the reopening of IRGC high schools is now part of the agenda; the fate of the plan to reopen the IRGC high schools that have been closed for a decade will become clear after the conclusion of the necessary studies and professional reviews.”

The IRGC is not only looking to prepare military forces, but through the founding of high schools and colleges associated with the organization plans on educating a class of faithful and effective forces that follow the IRGC ideology. Sepah (IRGC) founded the first of these schools, a high school, in 1361 (1982). This high school was founded by Commanders Mohammad Bagher Zolghadr and Seyed Jamal Aldin Dinparvar, the heads of IRGC’s educational division, to educate a loyal cadre and future devoted forces.

This high school was in Tehran, set on the premises of the former embassy of the United States. However, to extend the mission to attract and educate more forces, high schools also were opened in other cities. The focus was on large cities, as well as the areas where the IRGC lacked local forces, in cities such as Tabriz, Urmiyeh, Kerman, Sanandaj, Zahedan, Shiraz, Rasht, Yasuj and Bandar-e Abbas. The IRGC, as such, is among the most pioneering organizations in the training of loyal forces from the middle school level onward.

In the 1980s, due to the needs of the Iran-Iraq war and the requirement to train fighting forces for the war front, the students were mostly trained as soldiers of the IRGC (“pasdar”) and were sent to the war zones. However, after the end of the war, while some still entered the rank and file, others were sent to become part of the administrative units and officers in the IRGC-related colleges such as Malek-e Ashtar, Defense Sciences and Technology College and Emam-Sadeq University.

To enter these high schools, the student has to satisfy two requirements. The first is to pass an aptitude exam, which consists of the subjects studied in middle school. The second stage is a beliefs exam, where questions are concentrated on religious matters and matters of ideology. After this, and with the acceptance of the school faculty, the student is allowed to register.

In these schools, the entirety of the personnel, including the principals, deputies and most of the teachers are members of the IRGC. All subjects, most importantly the ideological ones, even as far as the morning formal slogans, are designed carefully through a plan to prepare the students as loyal and ideologically fitting cadres of the IRGC.

However, despite the need for training of such forces, the IRGC nonetheless decided to stop these training high schools. This was probably due to the fact that in 1984 the United States for the first time placed a military organization, namely the IRGC, in the list of terror-sponsoring organizations, and this was a warning call to the IRGC to find a solution. The IRGC, which wished to send some of its members to foreign universities to study in scientific and technological fields, could not then achieve its goal while being included in the list of sponsors of terrorism, as no foreign university would admit students who had graduated from colleges connected with the IRGC.

In the introduction to the founding charter of this university, there is a reference to the words of former Supreme Leader Ayatollah Ruhollah Khomeini in his collected works (“Sahife-ye Nour,” volume 7, page 81) written in 1358 (1980) where he encourages the founding of universities. Among the universities connected to the IRGC is the Imam Hossein University, founded in 1365 (1986), whose head of the governing board is the supreme commander of the IRGC. The students are picked after an ideological interview and are admitted for majors in military command, engineering and administrative services.

So, viewing the IRGC as a simple military organization is quite one-sided. The IRGC, as an ideology-driven organization, looks to train loyal and ideologically uniform cadres from an early stage to create a one-minded, dedicated force.

On April 24, 2014, the governing body of Imam Hossein University held a general meeting, for the first time in seven years, to attract new recruits. In this meeting, in addition to approving new internal regulations and the organizational budget, it was agreed that 832 new students and 100 new faculty members were to be recruited.

The IRGC, to infiltrate the Iranian educational system, has not stopped at the level of founding high schools and universities. The University Basij was founded during the last year of Ayatollah Khomeini’s life (1388) and with his direct orders. Considering that the Basij is organizationally part of the IRGC, the founding of the University Basij force was, aside from an attempt at creating the “20 million strong army,” was an attempt at allowing the IRGC to train even more members gain the opportunity to recruit more members and extend its ideology even further into the educational system.