Palestinian Authority in the hot seat

A look at the Middle East issues Congress will be addressing the week of Feb. 2. 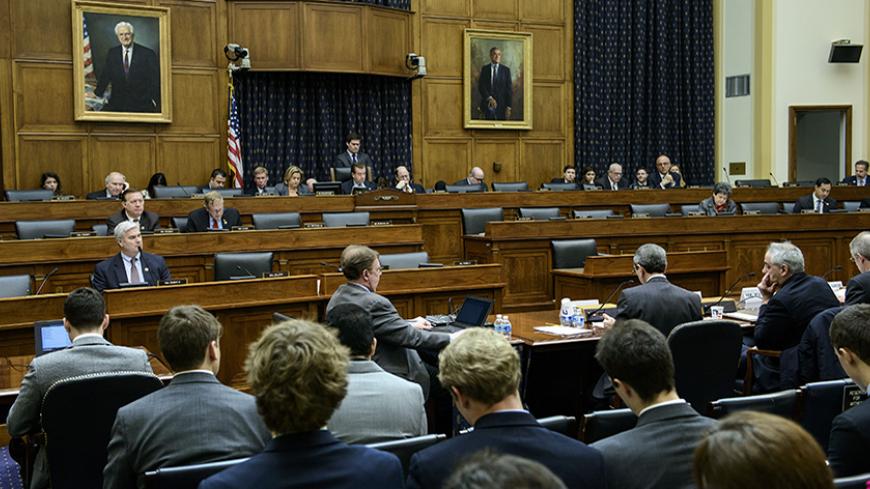 US aid to the Palestinians comes under renewed scrutiny this coming week following the Palestinian Authority's (PA) bid to join the International Criminal Court (ICC) earlier this month.

The House Foreign Affairs Committee's Middle East panel holds a hearing Feb. 4 questioning whether the PA is a “True Partner for Peace.” Witnesses include David Makovsky, who served on Secretary of State John Kerry's Middle East peace team, and experts from a slew of pro-Israel think tanks.

“Many legal questions about the PA’s ICC gambit remain, but one thing is certain, and that is that the US must suspend all funding to the PA and the administration must seriously redefine its policies toward the PA,” Committee Chairwoman Ileana Ros-Lehtinen, R-Fla., said in advance of the hearing. “This hearing will examine the legal aspects of the PA’s foray into the ICC, what it means for US policy, and how that may impact US national security. It will also examine the current state of affairs in Israel and the Palestinian territories, as well as the US-PA and US-Israel bilateral relations.”

Already, lawmakers have made it clear that they want Kerry to suspend the $400 million in annual assistance to the Palestinians.

A total of 75 senators signed a letter sent Jan. 29 to Kerry from Sens. Marco Rubio, R-Fla., and Kirsten Gillibrand, D-N.Y., urging him to veto “any unilateral resolutions [at the UN] related to Palestinian statehood” and warning him that “we will not support assistance to the Palestinian Authority while you undertake a review of this matter.” The letter was championed by the American Israel Public Affairs Committee, which has made suspending aid to the PA a top priority.

“We understand that the State Department is conducting a review of assistance to the PA in light of recent developments,” they wrote. “The United States should not support direct economic assistance to the PA until it demonstrates a meaningful reversal of this destructive course and proves it can be a willing partner for peace.”

The State Department, however, appears to have found a way around similar prohibitions after the reconciliation with Hamas by reimbursing the PA's creditors instead of providing direct assistance, as Al-Monitor reported last year.

The Obama administration's intentions regarding Palestinian aid will become clearer when the State Department unveils its budget blueprint for the 2016 fiscal year the afternoon of Feb. 2. Congress will spend the rest of the week grilling administration officials on the numbers, with hearings scheduled in the House Budget and Ways and Means panels as well as the Senate Finance Committee.

The rest of the Middle East will get short shrift in a week where the Obama administration's recent overtures to Cuba will get the bulk of the foreign policy panels' attention. A House Foreign Affairs hearing Feb. 3 on US interests in the Western Hemisphere, however, could produce some Iran news, especially following the suspicious death of the prosecutor probing the 1994 bombing of a Jewish community center in Buenos Aires.

The Feb. 4 Senate Foreign Relations hearing on “Ending Modern Slavery” is always worth keeping an eye on. The Middle East routinely earns dismal marks in the State Department's annual "Trafficking in Persons Report," with Algeria, Iran, Kuwait, Libya, Saudi Arabia, Syria and Yemen ranked among the worst offenders (only Israel gets top marks among MENA countries).