Beirut's public libraries are trying to draw in new clientele in an age where Lebanese social services are vanishing. 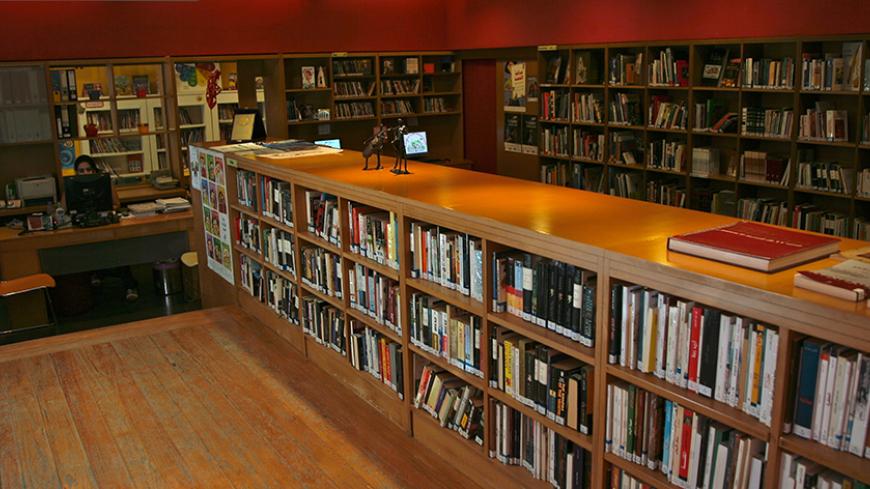 Librarian Cosette Azzi works in the Monot branch of the Beirut public libraries, where there is an emphasis on the arts in the collection, due to its proximity to places such as the Monot Theater, Jan. 27, 2015. - Melissa Tabeek

Inside a modest office in Ras al-Nabeh in Beirut, Antoine Boulad talks animatedly about the historic creation of municipal public libraries in Lebanon’s capital city 15 years ago. Boulad, the president of the Lebanese nongovernmental organization ASSABIL and a member of the Friends of Public Libraries Association’s administrative committee, explains how a group of volunteers came to run Beirut’s municipal library system.

It was a time of reconstruction after Lebanon’s devastating 15-year civil war. But Boulad and a small group of volunteers were more concerned about restoring ties than rebuilding houses. “We thought the real reconstruction should not only be on the stone but on the human being, especially those Lebanese who spent 15 years scattered all over. The reconstruction would offer them spaces to meet, spaces to share, spaces to find themselves again, united in one society. This made us found the association,” Boulad told Al-Monitor.

The group did not start working with the Beirut municipality right away.

The evolution of their idea coincided with the first municipality elections in over 30 years, in 1998. The government did not know how to manage a municipal public library network, but signed a renewable three-year contract with ASSABIL. To start, the municipality provided the group with a free-of-charge space and minimal funding — ASSABIL has largely relied on private funding — and only two years after becoming an official nonprofit organization, Beirut's first municipal public library opened in Bachoura in 2000.

“And this is how the adventure began!” Boulad said grandly to Al-Monitor.

Since then, two other public libraries have opened in the Beirut districts of Geitawi and Monot. A fourth is planned to open this year in Tarik al-Jdeideh, and consultations have started for a fifth library in Sassine. Every library’s collection is roughly 60% Arabic and 40% French and English, according to Boulad. Even the organization of the books in each space is meant to be nonsectarian, organized not by language, but by subject. Additionally, a mobile library, the “Kotobus,” transports books to Beirut's northern and southern suburbs where there are no libraries. The ASSABIL office in Ras al-Nabeh doubles as a resource and training center. The whole public network is privately managed by the organization.

Privatization of the public sector is not an entirely new concept in Lebanon, according to Karim Mufti, a political analyst and public policy expert. Though it existed before Lebanon’s civil war, it grew much more prevalent afterward. Even today, the backgrounds of municipal leaders — who are also businessmen, engineers and private sector managers — foster a natural connection with the private sector and its management of public missions and space, according to Mufti.

“Because public management was in limbo at the end of the war, the government, back then, obsessed with quickly [completing] the reconstruction phase and securing profits for its proteges, did not invest in its public administration, leading to the privatization of many tools of public action. This led to the marginalization of the public administration in the postwar reconstruction phases, which explains why the private sector is preferred to any form of public management, [which is] seen as corrupt, inefficient and slow,” Mufti told Al-Monitor.

Since the first library opened in Bachoura, the budget of ASSABIL grew from $12,000 in 1998 to $620,000 in 2011. In addition to managing the Beirut network, the organization also supports about 25 public libraries throughout Lebanon with resources, training and evaluations, among other things.

Despite the organization’s success, many obstacles remain. Funding is a major issue, as ASSABIL is responsible for raising the majority of its budget on its own. In the past, it has brought in money through a vast array of projects, from collaborating with migrant workers to a partner library project in Beirut that focuses on bridge-building between Syrian refugees and Lebanese citizens.

For the fourth library in Tarik al-Jdeideh, the Beirut municipality has agreed to contribute $1 million to the project, but the struggle to maintain the network remains. The municipality has massive resources — a surplus of about $800 million — and Boulad hopes that more money will be invested in Beirut’s library network moving forward.

Although the number of visitors to libraries has increased, according to Monot librarian Cosette Azzi, many Lebanese in Beirut either do not know about the libraries or do not utilize the resources available. Much of this has to do with the fact that it is still a relatively new concept in a city with limited public areas, where there is only about 0.8 square meters (8.6 square feet) of green space per person — the World Health Organization recommends 9 square meters (97 square feet). Also, the simple fact remains that due to traffic and parking issues, it can be difficult to get from one part of the city to another.

“Living in Beirut especially is really challenging. … The problem is that there are initiatives here and there, but they’re not connected to a system that helps the people who are living in this city to feel relaxed and able to do other stuff, such as reading,” Mohammad Ayoub, director of the youth-led organization Nahnoo, told Al-Monitor. 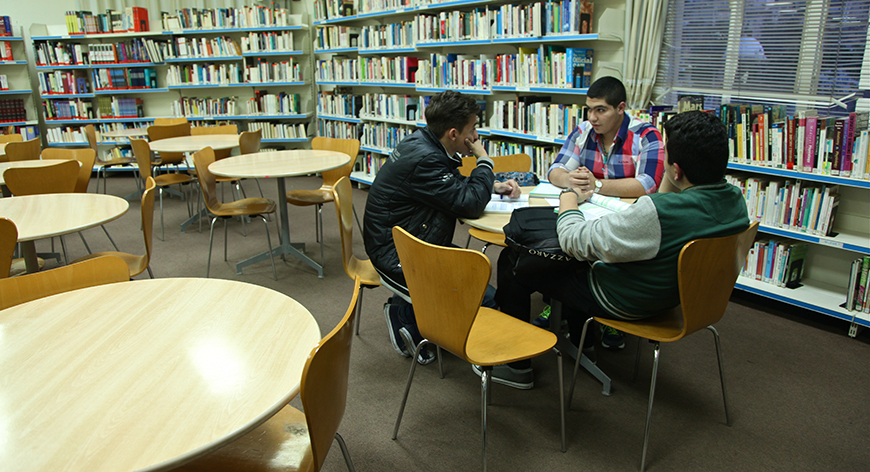 Mufti also noted that the Lebanese mentality is more individualistic than public-minded. “As long as civic culture remains absent, there won't be any effort to preserve public interest and public spaces for the Lebanese,” Mufti said.

Though Boulad is passionate about ASSABIL, he added, “It should be that someday ASSABIL will vanish. It would be a good thing, except that we know how to make the place dynamic. We would be a consultant only.”

Boulad, who is also a poet, said that providing a diversity of books and therefore ideas, is not only a right of the people, but a profound need in these troubled times in Lebanon. Whether the public or private sphere is managing it is not important to him, but rather that it continues to exist and grow.

“Promoting public libraries is promoting spaces where critical thinking and free thinking are valued. Since our societies are threatened, they are in need as much as bread and love. This is our survival.”

All photos by Melissa Tabeek.