Five Palestinian community activists in Jerusalem were surprised to learn they had been temporarily exiled from their city by Israeli authorities without being provided a reason. 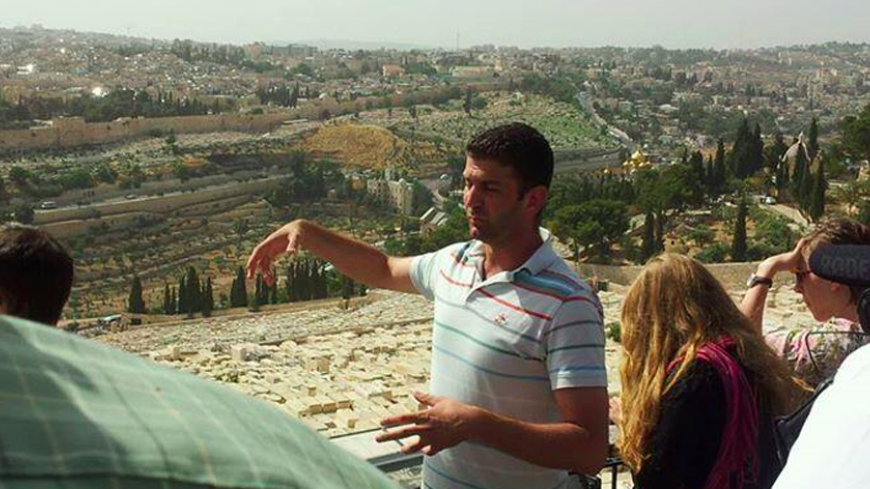 Palestinian activist Daoud Ghoul is pictured on a tour showing developments in Jerusalem's Silwan neighborhood in this undated photo published May 31, 2013. - Twitter/@joshruebner 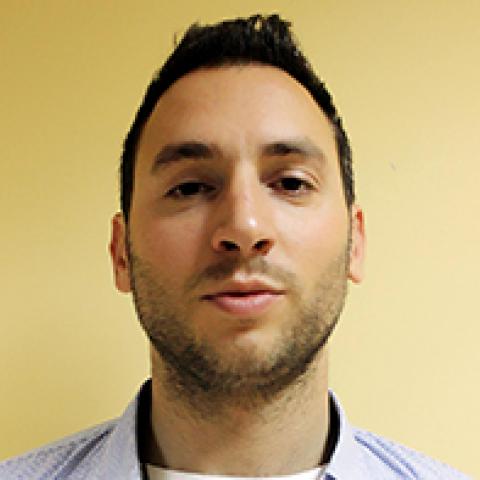 JERUSALEM — Born and raised in East Jerusalem’s restive Silwan neighborhood, the community activist Daoud al-Ghoul is no stranger to the capricious nature of life under military occupation.

Like most Palestinians in East Jerusalem, occupied by Israel in 1967, the 31-year-old is accustomed to unequal housing and planning rights, neglected infrastructure and the slow but steady expansion of Israeli settlers, and with them violence, in the heart of Palestinian neighborhoods. Nonetheless, Ghoul, who works as a youth programs coordinator with the Health Work Committees, a Jerusalem-based nongovernmental organization, said his deportation came as a complete surprise.

On Dec. 2, Israeli police notified Ghoul that he had been barred from Jerusalem’s Old City, the walled area containing the Haram al-Sharif, referred to by Jews as the Temple Mount, now the site of near-daily clashes between Palestinian youths and Israeli forces. He was then summoned to a police station and told that he was banned from the entire city of Jerusalem until April 13, 2015.

Israeli authorities have since issued orders to exile four other community activists from East Jerusalem. Majd Darwish and Salih Dirbas are from al-Issawiya, a neighborhood opposite a large Israeli settlement bloc in the northeast of the city that Israel regularly closes off with concrete blocks during tensions. Akram al-Shurafa and Faris Abu Ghannam are from the al-Tur neighborhood, the site of intense clashes in November after a local Palestinian bus driver was found hanged in the Israeli bus he drove.

“First of all, it’s a form of displacement,” Ghoul said. “We lost our work. Some of us cannot continue our studies, our social life, our daily life, part of what we had in Jerusalem. They removed us from our lives.” None of the deportees was interrogated before the orders were issued or given a reason for their exile.

Life for Ghoul had been very different just a month ago. On Nov. 17, he spoke at the European Parliament in Brussels on the increasingly oppressive situation for Palestinians in East Jerusalem. Weeks later — banished from Jerusalem and the West Bank and his home subjected to raids in which computers, phones, books and other documents were confiscated — Ghoul became living proof of the arbitrary policies Palestinians face.

Ghoul's lawyer has asked Israeli authorities for an explanation, but they are still awaiting an answer. No legal recourse is available to challenge the decision due to the secrecy of the allegations.

More than 1,522 Palestinians have been deported since 1967. Deportation orders are usually issued against Palestinian suspects from the West Bank who have participated in violent attacks against Israelis or as part of prisoner exchanges for released detainees who are deemed security threats. In reality, there is little nuance in their application — all orders are issued by an Israeli military commander using secret information based on emergency regulations dating back to the British Mandate.

Deportation orders against East Jerusalemites are relatively rare. As permanent residents, East Jerusalemites are subject to Israeli laws and receive certain social benefits and health insurance. Residency, however, as set out by the Entry into Israel Law, is more a privilege than a right and must be constantly proven to avoid being forced to leave.

As a nonviolent community activist facing seemingly temporary exile — not permanent deportation or the revocation of his residency — Ghoul said his case is almost unprecedented. He told Al-Monitor, “There was no reason. They say that it is a security file, [but provide no] information. I don’t know why they are doing it, but in general, its part of collective punishment in Jerusalem.”

HaMoked, an Israeli rights group that has filed objections on behalf of four of the men, states on its website that the only explanation given by Israeli authorities is that the orders are “necessary for ensuring the security of the [Israeli] state.” Dalia Kerstein, director of HaMoked, views the orders as part of a series of measures taken against Palestinians in East Jerusalem following a summer of rising tensions.

Kerstein stated, “The [Israeli] government has no idea how to react to resistance, to acts of resistance, so they do whatever they can. I think Israel wants to show that they are the rulers and are in power, that they can punish whoever they want.”

According to the Palestinian prisoner rights group Addameer, since the June kidnapping and killing of three Israeli teenagers in the West Bank and the revenge killing of Mohammad Abu Khdeir from Shufat, in Jerusalem, Israeli forces have arrested more than 770 Palestinians in East Jerusalem. This heavy-handed response has been followed by increasing restrictions on entering the Al-Aqsa Mosque area after protests against increasingly frequent visits by right-wing Jewish groups to the site. In addition, Israel reinstated punitive house demolitions following a series of deadly Palestinian attacks, exemplifying the unequal, and unlawful, treatment of residents in the eastern part of Jerusalem, proclaimed by Israeli authorities to be one, unified city politically, but rarely in practice.

“Jerusalem is really on fire at the moment, and has been since the summer, and things haven’t de-escalated, not only in terms of arrests and detentions, but also demolitions,” said Gavan Kelly from Addameer. “[Deportation] is a policy of targeting Jerusalem as a whole, targeting those who are active.”

Ghoul believes that the exile orders are part and parcel of an Israeli attempt to maintain order in Jerusalem through punitive means and to undermine activists working for Palestinian rights in the city. “Israel’s way of solving resistance is more violence: more violent policies on the people and more political, economic, and social pressure on their lives,” Ghoul said.

The Jerusalem-born activist said community work is a fundamental part of his life, and he will return to it when he can. He is also aware, however, that Israel can renew the exile orders against him for an additional six months without providing an explanation — part of the uncertainty and ambiguity of such military orders against Palestinians.

Ghoul said, “All of us are trying to find where to live, to find solutions to this new situation. It was a surprise for everyone that we were not prepared for.”