A Turkish plan to privatize major public properties has come under fire from the opposition and sparked layoff worries among workers. 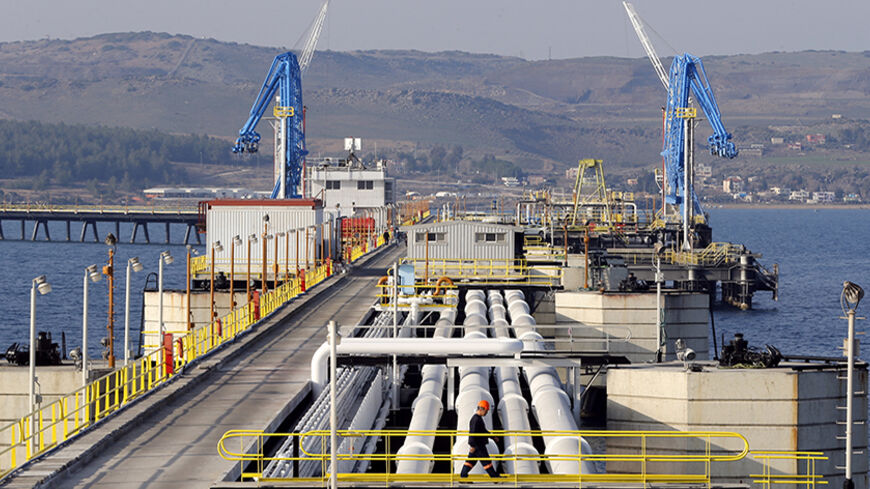 A general view at Turkey's Mediterranean port of Ceyhan, which is run by state-owned Petroleum Pipeline Corp. (BOTAS), some 70 kilometers (43.5 miles) from Adana, Feb. 19, 2014. - REUTERS/Umit Bektas

Scrambling for funds to keep its economy rolling, Turkey’s government plans to sell off major public plants, companies, ports and highways starting next year. The plan is expected to generate record privatization revenues.

Turkey’s privatization revenues hit an all-time high in 2013, totaling $12.4 billion. In 2014, the figure currently stands at $10 billion. The $12.4 billion record will almost certainly be broken next year, for the privatization of Spor Toto and the Horse Racing Authority alone are expected to generate $10 billion, with other major entities also on the list.

As part of earlier privatizations, the state has completely withdrawn from a number of sectors, including petrochemicals, iron and steel, oil refineries, alcoholic beverages and tobacco and power distribution, while notably decreasing its share in the banking, insurance, telecommunication and air transport sectors.

Which sectors and companies are in line to be offered to Turkish and foreign investors?

In remarks to reporters on Oct. 6, Finance Minister Mehmet Simsek listed the following facilities, among others: power plants, highways and bridges, several seaports, the Erzurum Winter Olympics venues, 25 sugar factories, the Halk Insurance company, the Halk Pension company, the Gulluk Marina and real estate in many provinces across the country.

Also slated for privatization were Turksat’s cable TV operations, the transmission lines of the gas company BOTAS, 49% of the public stake in the Turkish Electricity Distribution Co., the Haydarpasa Project in Istanbul and the Eti Mine Works sulfuric and boric acid factories. The Turkish Petroleum Corp., meanwhile, will open to the public. Work is underway to add more companies in various sectors to the privatization list.

“Our objective is to ensure better productivity, more jobs for our people, a competitive environment and higher quality. We’ve already achieved that with the privatizations in the power-distribution sector, which resulted in lower losses and clandestine usage, larger revenues for the state and higher quality service for the public. We are now working on a model to ensure similar success in other sectors,” the minister said.

The opposition, however, is not convinced. In remarks to Al-Monitor, Aydin Ayaydin, a senior member of the main opposition Republican People’s Party and a well-known economist, raised doubts over the actual purpose and likely results of the privatization plan.

Ayaydin, who has headed two public banks, said the 25 sugar factories on the list owned large tracts of land and voiced concern that prospective buyers could use the land to build luxury residential buildings and shopping malls before closing down the factories themselves. This would result in more jobless people and less production, he stressed.

Ayaydin pointed out that a recent plan to hand over the public bank Vakifbank to the Treasury appeared to be the sign of government intentions to sell off the bank as well. “If major institutions such as Vakifbank are sold off, the privatization revenues in 2015 will go well beyond the $12 billion target,” he said.

For Ayaydin, Ankara’s “hasty” privatization decision is the sign of “financing problems.” Privatization, however, does not mean selling off public property to finance the budget, he said, adding that in an ideal privatization program, the government would make public companies productive before handing them over to the private sector, which, in turn, would boost their capacity and production through new investment and create new jobs.

“But that’s not the government’s point. Their only concern is to come up with money for the budget. They sell off whatever they have, careless about the future. Privatized factories have been shut down and workers laid off. Buildings have been raised on precious plots. That’s not privatization, but rent distribution,” Ayaydin grumbled. “Privatization is supposed to contribute to the economy. But their only concern is to make quick money. They sell off public property to roll over internal and foreign debt.”

Workers take to the streets

The privatization plan appears bound to stoke further tensions in the government’s already strained ties with the opposition. Workers, too, have taken action, wary they could end up losing their jobs.

On Oct. 15, employees of the Eti Mine Works sulfuric and boric acid factories in the northwestern city of Bandirma held a demonstration against the privatization plan, backed by civil society activists. “No one can enter this factory without walking over our dead bodies,” a trade union leader warned. The town launched a petition to stop the sell-off.

Ankara hopes for a large-scale privatization, but it seems the sale of the factories will not be an easy task. In 2011, a plan to privatize the Eti boron plants was dropped after strong protests by workers, who appear resolved to do the same again.