Many Syrian youth are considering fleeing the country to avoid being forced to join the army as "backup" forces. 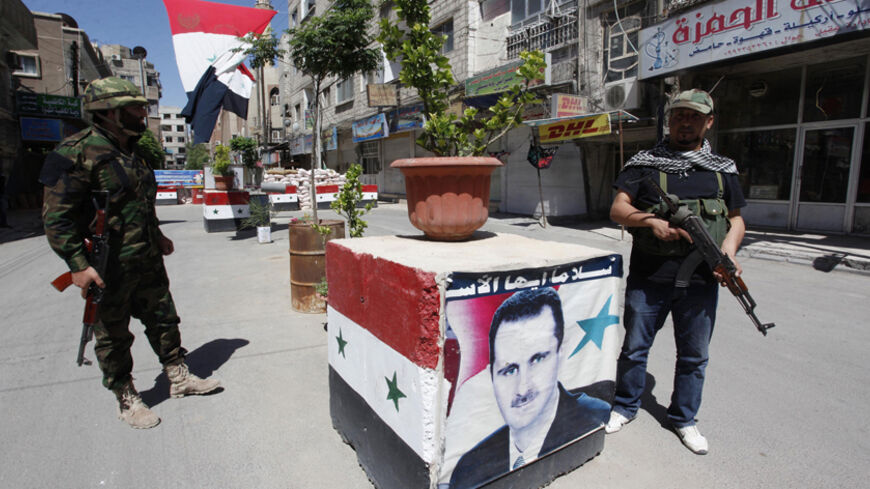 DAMASCUS, Syria — During the past few days, mortar fire and arbitrary detentions were not the main source of concern for Syrian youth. A new nightmare has emerged wherein Syrian authorities started a crackdown on youth who have performed their compulsory military service, and they are forcing them to join the Syrian army as “backup” forces. The authorities did not declare these measures out of fear that the youth would consequently flee or hide.

All those who are of age for compulsory backup service are afraid, especially after many young men in Damascus and other Syrian areas have been arrested by the Syrian security forces to perform this service. The only solution is to leave the country before one's name is circulated between security personnel at military checkpoints as a wanted individual.

Oct. 14 was not a lucky day for 27-year-old Ayman. Ayman received a call from one of the military branches in Damascus and was told to immediately join the recruitment department that he belongs to in al-Midan area. Ayman, who works as a journalist, performed his military service in 2010. As soon as he received the call, he did not hesitate to pack his bags to flee the country.

“I do not want to die on one of the fronts. Traveling from here was my only option. I will be traveling to Lebanon and then to Turkey. I do not have any friends there. It might be very bad, but not as bad as joining the army again under these difficult circumstances,” he told Al-Monitor.

The checkpoints deployed in Damascus have increased their examination of people traveling on foot, by bus and those in public and private vehicles, especially people aged 24-35, the most appropriate age for the backup forces. On a public bus in Damascus, I noted these intensive examinations carried out by security forces at checkpoints; in the area of ​​Mezze some young men were made to get off the bus at a checkpoint to make sure they were not wanted for backup and security called one of the branches of the military police. The officer in charge then asked the driver to leave and the young men were detained.

The regime is periodically conducting raids in some neighborhoods of Damascus and other areas of Syria to arrest all those who meet the conditions to join the army. Marwan, 29, an employee at one of the state's institutions, told Al-Monitor, “Security men raided a number of streets in the residential neighborhood of Barzah on Oct. 16 where I live, and they ‘brutally’ took some young men to join the army as ‘backup’ elements.”

Marwan said, “Currently, a large number of young state employees are afraid of being called up for military service as well, especially after rumors in the ranks of state employees about a civil servant who was accompanied from his workplace by military police to join the military.” He added that some young men changed their home addresses and went out of sight until raids subsided, while others preferred to flee to areas controlled by opposition fighters.

Osama, 28, told Al-Monitor in a phone interview, “I left my house in Rukn al-Din in central Damascus and headed to my uncle's house deep in the Barzah neighborhood, north of Damascus, controlled by opposition fighters.” Osama added, “At least there, I will not be locked into a house and I can walk around freely in the region. I will be safe from members of the security services and the raids by military police.”

In the streets of the capital, even young men who are exempt from military service due to illness are not spared from the insults of security officers at the numerous checkpoints. Ziad, 30, who is HIV-positive, told Al-Monitor, “I am forced to carry the military service card wherever I go. I am often asked to show it, especially recently, when a campaign started to conscript young men to the reserve forces. When they are checking my military service card, the security member would read out loud in front of all the passengers on the public bus that I was exempt from military service because of having HIV. This makes me feel incredibly offended and embarrassed by the reactions of the passengers. Disgusted, the security men would often throw my military card at my face, saying, ‘May God save us. … Leave and never show me your face again.’ Sometimes I also heard some say, ‘You are a burden on the country.’”

“Security officers at checkpoints in Damascus treat civilian young men differently, depending on their external appearance and place of birth or registration number stated on their identity card. Young men born in Damascus, Latakia or Tartus are treated in a completely different way from young men hailing from Idlib and Aleppo,” Ahmed, 20, from Idlib who came to Damascus to pursue his university education, told Al-Monitor. “I find it difficult to pass the security checkpoints since I am often described as affiliated with the terrorists of the city of Idlib known for opposing Assad’s regime. Most of the times I am asked to step outside the bus so that security members can run an extensive check on my ID by contacting one of the security branches to make sure that I am not wanted for any reason,” he said. "This security check has increased more during this week after campaigns to conscript young men to the army reserve forces. This is why I make sure I carry my military service card stating that I am exempt until I finish my studies."

The military service nightmare still haunts young men in Syria and does not seem likely to end soon. The dreams of many to enjoy stability, start a family and a job have started to fade. For young Syrian men, torn between hiding and fleeing the country, time has stopped and no hope can be found. Their life has turned into a tragedy of many chapters.