The West Bank Christian village of Taybeh has canceled its annual Oktoberfest this year out of respect for the victims of the Gaza war. 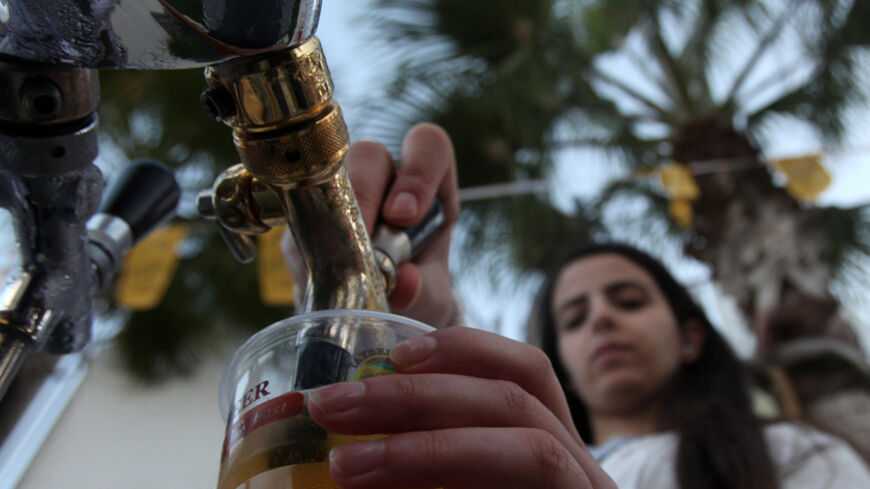 A woman serves beer during the 2013 Taybeh Oktoberfest festival in the West Bank Christian village of Taybeh, near Ramallah, Oct. 5, 2013. - ABBAS MOMANI/AFP/Getty Images

Sometimes the product becomes better known than the town or country of origin. This happened to the Palestinian Christian village of Taybeh, whose brew was described by Time Magazine as "the beer that made Taybeh famous." The name of the beer and the town, which means “good” in Arabic, was given to this Palestinian village by the 12th century Muslim leader Salah ad-Din al-Ayyoubi. The folk tale states that Salah ad-Din found the local Christians hospitable and generous and called them “taybeen,” the plural of what the town ultimately became known as.

The brewery that made the village famous was set up by David Khoury, who, following the Oslo Accord, decided to make the move from running a liquor store in the United States to actually brewing beer in his hometown in Palestine. The brewery grew to make the village famous, and an annual cultural event — a Palestinian version of the German Oktoberfest — began in 2005 to bring local and international talent to the Palestinian village.

The tradition, however, will not be upheld this year on what was expected to be the festival’s tenth anniversary. The writing was on the wall a year ago, when Khoury decided not to run for mayor. A press release by the festival organizers at the time said that the newly formed Taybeh municipality “does not have the same vision as David Khoury, former mayor of Taybeh, who for eight years placed the tiny village on the international map.”

Instead of holding Oktoberfest in Taybeh, the organizers announced in a September 2013 press release that the festival would be moved from the village to the Ramallah Mövenpick Hotel. Expressing sadness over the decision, the press release continued, “The liberal, modern and democratic activities that we supported in Taybeh for the last eight years have no local partners.”

However, the festival didn’t take place in either Taybeh or Ramallah. The organizers announced, “The harsh conditions of Palestine have led to the decision to cancel the 10th Annual Taybeh Oktoberfest 2014.”

Maria Khoury, an Oktoberfest organizer, told Al-Monitor, “We hope our decision to cancel the Taybeh Oktoberfest expresses our solidarity with the people of Gaza. We are distraught to cancel this celebration of life that we look forward to each year with diverse cultural exchanges, and we look forward to celebrating during better times in Palestine.”

The dynamic organizer of the festival refused to name the parties that opposed holding the festival in Taybeh, preferring to refer to them only as “the ones who do not share our vision of a free Palestine where human liberties are secure and celebrated.” Maria had elaborated in much more detail about the controversy in the Arab Daily News, blaming the city council for failing to understand the importance of the festival.

Maria, who also heads the public relations department of the family company, said the brewery “produces 6,000 hectoliters [5,113 US barrels] of beer annually and employs 15 local workers.”

In addition to sales in Palestine and Israel, it “exports to Denmark, Sweden and Japan and plans to produce wine soon,” she told Al-Monitor.

While the cancelation of this year’s festival is due to the war on Gaza, there is no doubt that the 2013 pressure on the Khoury family to stop the festival in their own village has led to disappointment for many. Even the idea of a roving Oktoberfest in various West Bank locations didn’t work, according to Maria.

At the 2010 Oktoberfest, organizers say that there were more than 25 ambassadors, consuls general and ministers from the Palestinian Authority at the opening celebration. Maria said, “What was a win-win activity for a small Palestinian Christian village of Taybeh has basically ended, leaving a progressive family to hold small tours in the brewery for those interested.”

Maria is still optimistic that the festival will return in 2015, saying, “We simply pray and hope for peace and stability so that we may carry out some normal activities of celebrating life and cultural exchange.”