An Iranian official has said that the practice of jamming satellites can cause cancer and recommended that Iran's jamming efforts be eliminated. 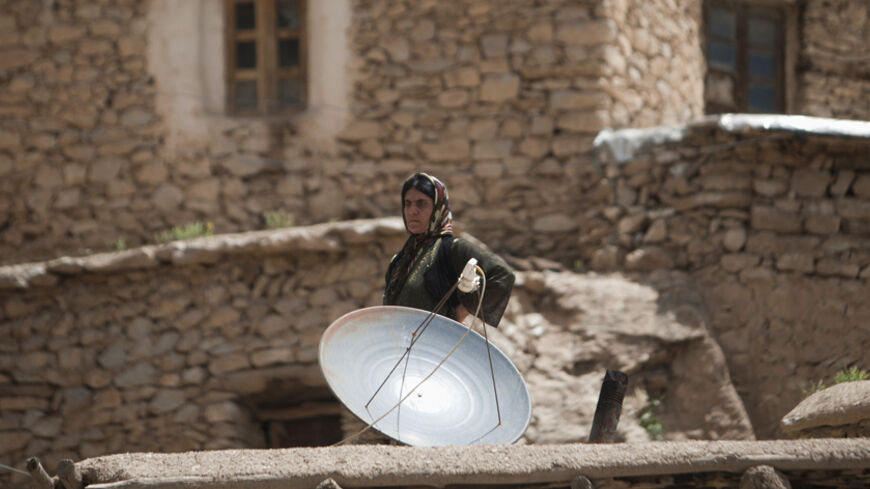 An official with Iran's Department of Environment has said that jamming satellites can cause cancer and that the agency recommends eliminating jamming efforts by the Iranian government.

Saeed Motassadi, an official with the Department of Environment, said, “A committee was formed in cooperation between the Department of Environment and the Ministry of Communications and Information Technology to address the situation of jamming.” Motassadi told Islamic Republic News Agency, which is managed by the administration of President Hassan Rouhani, that the meetings reached the minister level and that resolutions have been approved.

“The topic of jamming causing cancer was studied many times, and the possibility exists of this illness coming about in individuals as a result from the effects of jamming,” Motassadi said.

Iran has longed jammed foreign satellite channels coming into Iran, particularly Persian-language news channels or ones that conservative authorities believe may influence the culture of younger Iranians in an un-Islamic direction.

Iran has faced sanctions for these jamming efforts and is now believed to be conducting “local jamming,” in which satellite dishes on the rooftops of private houses are targeted. Satellite dishes are ubiquitous in Iran's large cities such as Tehran and even in villages.

Motassadi said, “The recommendation of the Department of Environment is to completely eliminate jamming.” On the concern of conservatives, he said, “If actions are to be taken to confront the cultural invasion and protect detriment to the country, it is better to take other paths.” Motassadi did not say which “other paths” he meant, but in recent years, Iranian police have made efforts to collect and destroy rooftop satellite dishes. These efforts, which have been highly publicized in the media, have been largely ineffective.

According the Motassadi, the joint committee's investigation is ongoing and will present its final results and solutions. However, he said that they needed more agencies involved.

Cancer is one of leading causes of death in Iran, and conflicting reports and statements have been made by various officials about the effects of jamming.

On Sept. 27, Mohammad Hossein Ghorbani, spokesman for the parliament’s health care committee, warned about the rise of cancer, saying it is “a serious alarm for the country.” He blamed a variety of factors for the increase in cancer cases, such as waste, poor gasoline quality, poor quality of food, poor inspection standards in automobiles and unhealthy water.

In February, Iran’s health minister, Dr. Seyyed Hassan Ghazizadeh Hashemi, announced a special committee to research the health effects of jamming. Dr. Hashemi said that the Ministry of Health, the Ministry of Communications and Information Technology and the Atomic Energy Organization were a part of this committee. It is not clear whether this committee works with the Department of Environment.

In October 2012, the head of Sarem Cell Research Center said that jamming of satellite stations was causing an increase in miscarriages. The Health Ministry denied the claim.

In August 2012, the Ministry of Communications and Information Technology under President Mahmoud Ahmadinejad denied even knowing what body was conducting the jamming.

by Murielle KASPRZAK and Joseph SCHMID | AFP | May 26, 2022
END_OF_DOCUMENT_TOKEN_TO_BE_REPLACED