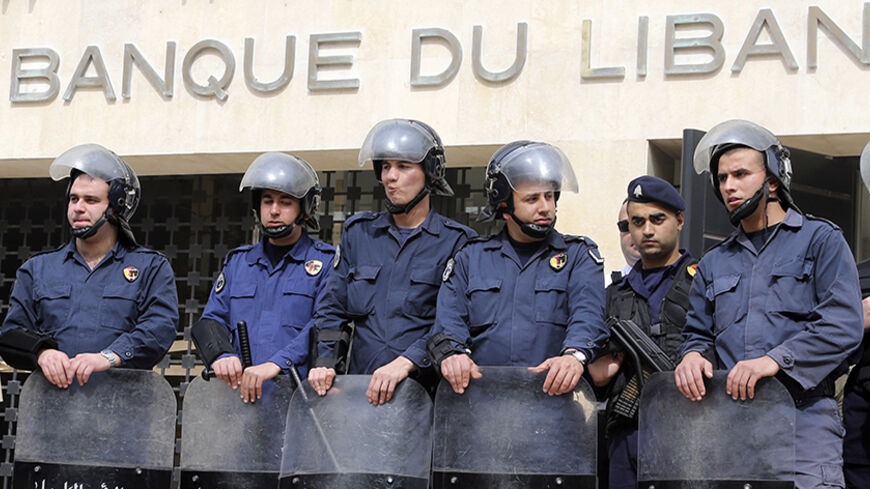 European officials, not the Lebanese, are the ones raising sharp questions about Hezbollah sanctions legislation that unanimously passed the House in July.

France and Great Britain in particular have warned Congress and the State Department about risks to Lebanon's economy, Lebanese and Capitol Hill sources tell Al-Monitor. The legislation has stalled in the Senate partly as a result, but the bill's backers are confident they can address any concerns.

"The French and British and others were concerned about the bill unintentionally crashing the Lebanese economy because of economic flight," one senior congressional aide told Al-Monitor.

Lebanese bank officials by contrast have said they can live with the new restrictions, especially after lawmakers removed a lengthy "findings" section that could have cast the country's financial sector in a negative light.

"We tried to make sure that we reached out to the Lebanese bankers during the mark-up process, trying to make sure that indirectly there was no condemnation from the United States on those that are working very well with our country," the bill's sponsor, Rep. Mark Meadows, R-N.C., told Al-Monitor.

"My sense is that the concern is not as much with the American financial institutions as it is with some of the European financial institutions — and the pushback is coming primarily from that entity. We intentionally reached out to the Lebanese bankers, and it's my understanding that they're supportive of this measure in the way that it's drawn up."

The EU has been reluctant to break ties with the Shiite militia — it labeled Hezbollah's so-called military wing a terrorist organization only last year under rising US pressure — and has not blacklisted the group's bank accounts and assets. Countries such as France insist on maintaining open channels with the most powerful political force in Lebanon, while critics say European nations are afraid of blowback if they blacklist Hezbollah.

“We are in contact with working-level staffers of Congress on a very regular basis to exchange on many foreign policy issues,” a French diplomatic source told Al-Monitor. “Lebanon is one of the issues discussed, as are Africa, Ukraine, Syria, Iraq or Ebola to name just a few over the last few months.”

The British government did not respond to a request for comment.

"Some of the ambiguities with regard to banking within the EU seem to have [provoked] some pushback from the State Department," Meadows said. "And so that's what we're trying to address … to see if we can alleviate concerns and still have it be a meaningful sanctions bill."

"I think the real sense of it is making sure that we're all uniform, whether it's in the United States and the European Union, in how we view Hezbollah and the ability to target their financial networks," he said. "Part of the reason why we crafted this legislation is the ambiguity at times with some of our allies abroad. Sometimes [Hezbollah] are viewed as a terrorist organization, other times they're looked at as a charitable organization, other times they're looked at as criminal organization — and so that's why this particular legislation was needed."

Joseph Gebeily, president of the Lebanese Information Center in Washington, said Hezbollah relies on the European financial sector in part because it actively avoids Lebanese banks.

"Hezbollah's image is important to Hezbollah. They don't want to be seen as doing damage [to the Lebanese banking sector]," Gebeily told Al-Monitor. "Even Hezbollah parliamentarians can't open an account."

Meadows said he's confident the bill can pass, perhaps as early as this year.

"Privately, a number of people both in the Senate and those that are familiar with what we're trying to achieve have expressed a willingness to see if we can still pass a bill that would have the sanctions that we need but certainly give the administration enough waiver protection, where if they saw that it was going to undermine legitimate bankers that we could certainly address that," he said. "We've been trying to work diligently with the Senate to make sure that any real concerns are addressed and hopefully [we'll] be able to pick something up during the lame duck."