An ancient city waits for tourists in Iran

Iran may be experiencing an influx of tourists, but much needs to be done to preserve its ancient history. 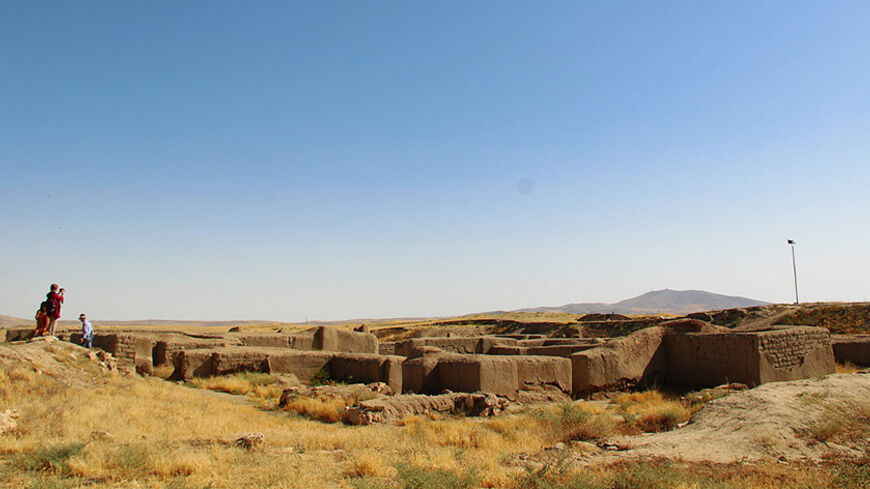 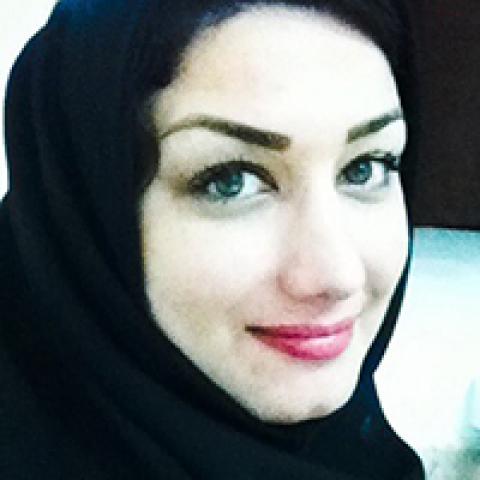 TEPPE HASANLU, Iran — There are graves everywhere at Teppe Hasanlu. "Probably, there are ancient graves here, layer by layer," says Meisam, an archaeology teacher. He tells us stories of life and death as we walk up the hills surrounded by cemeteries. In the hot summer days of August, wild flowers, insects and the breeze blowing in between the ruins are the only sentient beings here, besides me and my friends, a group of young tour-guide trainees. However, not even our presence disturbs the absolute solitude of this ancient site in northwest Iran.

Most of my classmates share similar dreams and hopes: love of travel and an opportunity to make extra money.​ After decades of isolation, Iran is experiencing a sudden boom in tourism. This new market has encouraged many young Iranians to try and make a profit from it — in this case, as tour guides.

“Salam!” yells Behdad, a fellow tour-guide trainee. He is performing the role of tour guide for the group, and his voice echoes off the clay walls. “If you do not greet me, then at least say a proper 'salam' to your country’s magnificent heritage,” he says.

A group of tour guide trainees walk through the ruins of Teppe Hasanlu. (Photo by Madi Jahangir)

He describes our surroundings at Teppe Hasanlu, and how Apadana Palace in Persepolis was inspired by these forgotten clay columns. Teppe Hasanlu, literally, the “hills of Hasanlu,” is located on the southern shore of Lake Urmia, about 7 kilometers (4 miles) northeast of the city of Naqadeh in Iran's West Azerbaijan province. Here, life stopped centuries ago and left most people unaware of its dramatic past.

A British archaeologist first investigated Teppe Hasanlu​ in 1934. Later, the hammers of American archaeologists broke thousands of years of silence in this ancient city. Americans launched the Hasanlu Project to investigate the ancient site and the area's history and politics. The Hasanlu Project shifted its focus to the Iron Age when archaeologist Robert Dyson unexpectedly found a gold bowl in the arms of a soldier who had died in the fire that destroyed the city.

They learned that Hasanlu was continuously inhabited from the 6th century B.C. to the 3rd century, before it was destroyed by fire. The brick walls are evidence of a nation that built some of the era's greatest castles, long before the founding of Persepolis. In addition, the spinning wheel of Mithra that was carved on the golden bowl proved the existence of a great civilization able to mold metal. The Americans also found a pair of entwined skeletons buried in a grave, appearing to have died in an embrace.

A close up of Teppe Hasanlu's clay walls. (Photo by Madi Jahangir)

“We did not discover all these,” Meisam said. “Foreigners showed Hasanlu to the world, besides the fact that this archaeological site has many more layers to be investigated. We cannot currently do anything because we do not have the funding and means to protect them. However, I believe this might be better for our historical sites to remain untouched for now. The ground best preserves a country’s heritage.”

Meisam has worked on many archaeological sites throughout the country. He believes Iranians should be at the forefront of showing their culture to the world: “I hope you, as tour guides, talk over and over about our history and culture for the foreign visitors and keep that rich heritage alive, to [let people] get to know all this, so that the future generations will be enthusiastic and proud in preserving their identity and historical background.”

Women walk by the site. (Photo by Madi Jahangir)

CNN reported in July of this year that a "tsunami of tourists" is headed for Iran. However, Teppe Hasanlu has remained unaffected by the invasion. Tourists visit the major historical sites in Esfahan and Shiraz rather than some of the more obscure sites in other Iranian provinces.

“This place looks like it is not being taken care of. I would like to see some [recreated] photos of how it looked when it was inhabited; where the soldier hugging the gold bowl was found; or where the lovers’ skeletons were discovered," says Mohadeseh, another tour-guide trainee. She dreams of perfecting her French to guide French-speaking visitors.

"I think there is no problem in [having] a global corporation preserve an important historic site like Hasanlu. If they have the means and knowledge, why not? Such places of outstanding cultural, historical and natural significance are not only owned by one country or nation. They belong to humanity. If something causes damage, the responsibility is with all of us," she says.

The walls at Teppe Hasanlu. (Photo by Madi Jahangir)

Mohadeseh and I are the last to leave the hills. I would love to return to the ancient city soon, since an hour is not enough to explore and document the place. Yet, there is perhaps more to Teppe Hasanlu, which is surrounded by cemeteries. Leaving the hills is to leave all the layers of graves, houses and temples behind — all the layers of life, love and death. When we get on the bus, many untold stories, unanswered questions and mysteries are left behind.

As Iraq's historic sites are reduced to rubble, the ground of Iran’s Hasanlu preserves its buried history for the future — for the day when it will be discovered, cherished and appreciated by the generations to come. On the hills of Hasanlu, where wars wiped out civilizations, love is stronger than death.