Two-thirds of the school-age population at the Syrian refugee camp in Zaatari, Jordan, are receiving education, but many of those who are not are being pushed by their families into early marriage. 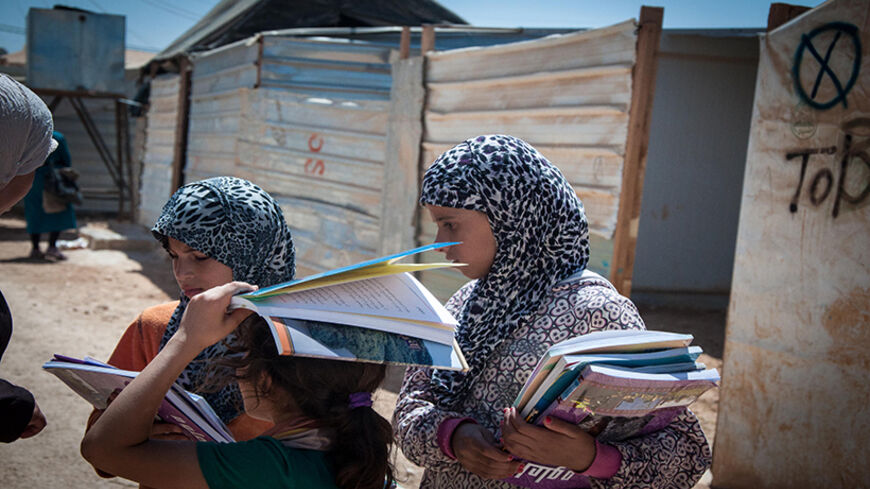 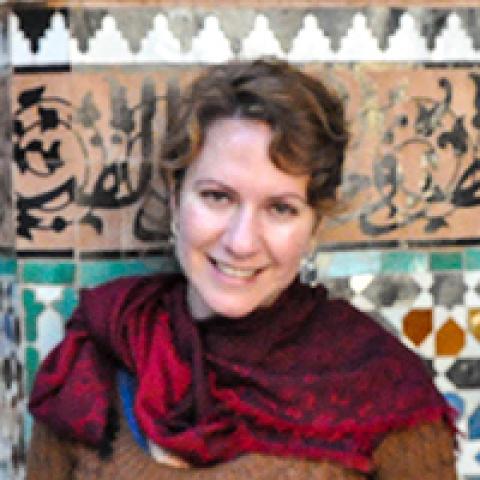 MAFRAQ, Jordan — Rahaf still giggles when she talks about her husband. Newly married to another resident of Zaatari, the world’s largest Syrian refugee camp, the 16-year-old from Daraa carries a picture from their wedding day under her dress, “just above her heart,” she says.

“I’m lucky. He’s Syrian, too,” she gushes. Her husband, Gassem, is 25 and the couple hopes to have children soon.

Such is the case for other Syrian girls living in Zaatari: The path of marriage trumped the option of going to school.

“I wanted to go to school,” she says, “but my father didn’t let me. He didn’t think it was safe. He’d say, ‘What’s the use? It [the degree] will be useless when you go back home.’”

But with the Syrian civil war in its fourth year, the fleeting promise of returning to Syria any time soon dwindles each day.

Today, 80,428 people live in Zaatari, according to the UN High Commissioner for Refugees (UNHCR), which administers the camp in conjunction with the Jordanian government. Unofficial sources put the number of Zaatari residents higher, closer to 120,000.

According to UNHCR, approximately 57% of the camp’s population is under 18 — and that percentage is growing. On average, 11 babies are born at one of the camp’s medical clinics each day, and Syrian families with children continue to pour across the border seeking safety in Jordan.

Children wave and play near their homes in Zaatari, Aug. 14, 2014 (photo by Mishelle Shmulovich)

To cope with the ballooning numbers of children in the camp, the Jordanian Ministry of Education, together with UNICEF and partner agencies, opened three schools, which run double shifts — girls come in the morning, boys in the afternoon. Hind Omer, a UNICEF education specialist, told Al-Monitor that three more are set to open in the fall.

Last year, 18,000 children enrolled in Zaatari’s schools. With school set to start Sunday, UNICEF is expecting an increase of 4,000 children — to 22,000 students — according to Omer.

That number is a victory, because it would mean that two-thirds of the school-age population in Zaatari goes to school.

The trends within the overall Syrian refugee community, however, are not as positive. Today, some 3 million Syrian children aren’t going to school or are at risk of dropping out, according to UNICEF.

Much of Zaatari’s success is thanks to aid agencies that have poured millions of dollars into education programs, both formal and informal, for Syrian youngsters living in or outside Zaatari. For example, the European Union, UNICEF’s biggest partner on the issue, has invested more than 30 million euros into Syrian educational programs in Jordan since the crisis began, UNICEF specialist Miraj Pradhan told Al-Monitor.

Yet, many families, like those of the newly married Rahaf, still shy away from sending their daughters to school in Zaatari, and it’s not only due to stigma.

Zaatari, which sits on arid, unforgiving enclosed terrain, has been prone to violence, theft and assault.

More than 90% of Zaatari residents are from Daraa and its neighboring villages, which was home to a conservative and devout Sunni population. Some parents worry they can’t control their daughter’s environment as well as they did in Syria. Living far from the camp’s schools adds to the danger that their daughters can be harassed along the way, one family told Al-Monitor.

Another indirect obstacle to youth education in Zaatari is that 42% of the families in Zaatari are female-headed households. In some cases, the mothers are widows; in others, the men are still fighting the regime in Syria. Especially in this context, boys are viewed as potential breadwinners for the family, making school more of a luxury than an immediate necessity.

But for Manal, a mother of four in her early 30s who was an English teacher before the war, there’s no other option besides school.

“In Syria, most kids go to school. But the classrooms here are so crowded!” she says. Still, she insists that her children must continue their education because the other alternatives, such as boredom or idleness, are even bigger threats.

“We can’t just sit here, not being allowed to leave the camp, without having anything to do,” she says. “My kids would go crazy.”

A view of a UNICEF/Save the Children youth center in Zaatari, July 2013 (photo by Mishelle Shmulovich)

Amne, 18, has been living in Zaatari for 1½ years. During the day she goes to school — she’s finishing 12th grade this year — and then comes home to rest for two hours before heading to work at one of the camp’s reception centers.

Shy yet sharp, Amne worries about how she’ll continue her education. “I want to go to university, but it’s very difficult for us to do that here in Jordan,” she says, fixating her sky-blue eyes on the swinging tarpaulin that serves as the front door of her neighbor’s home.

For Amne and other college-age Syrians in Zaatari, university often seems like a faraway fable.

With Jordanian universities filled to capacity, and competition from other foreign nationals — such as students from the Gulf countries — for the non-Jordanian spots, Syrian refugees seeking a higher education can easily fall through the cracks, an official from the Ministry of Education told Al-Monitor on condition of anonymity.

UNHCR’s DAFI program was created to address this very need: The program offers more than 2,000 scholarships annually so refugees can study in other countries.

But the demand for higher education among Syrian refugees continues to grow, and for young women like Amne, leaving her family to go study alone in another country isn’t really socially acceptable.

Yusuf, a soft-spoken 20-year-old originally from Daraa, was enrolled in a mechanical college in Damascus before the war broke out, which put his studies on hold indefinitely.

“I applied to the university here in Jordan,” he says, speaking from his father’s dress shop in Zaatari’s open-air market, “but I wasn’t accepted. And now I don’t know if I’ll ever be able to finish the degree.”

Even if he were accepted, the task of trying to transfer credits between Syria and Jordan isn’t seamless, Jordan’s Ministry of Higher Education acknowledged.

The ministry told Al-Monitor there is no quota on the number of Syrian students allowed to attend Jordan’s universities, but it doesn’t have any special programs for Syrian refugees either.

The cost of university tuition in Jordan, which is higher for foreigners, and the complications of leaving Zaatari — Syrian refugees need a Jordanian sponsor guaranteeing financial support to move out of the camp — in addition to the myriad costs of daily life (another problem as Syrians aren’t given work permits) make going to university in Jordan seem unrealistic, if not impossible, for Amne, Yusuf and countless others.

It wouldn’t be hard to imagine the young generation of Syrian refugees giving up on their hopes and plans when daily existence is a struggle riddled with pain and unknowns.

But that’s not the case for people with passion, says Amne. “I know there’s a way,” she says, and it’s that hope that keeps her going.