Although some Iran sanctions have been officially declared to be placed in manifest error in EU courts, it appears they will stay in place. 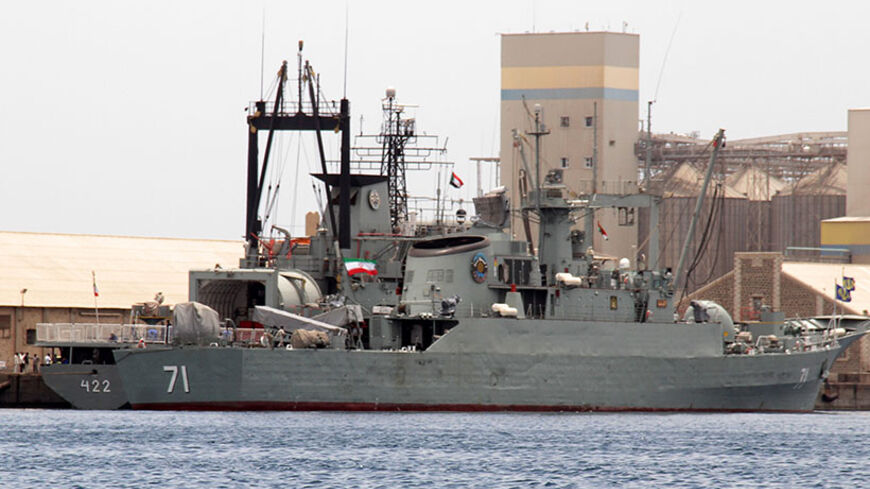 Despite scores of Iranian individuals and companies successfully proving in European courts that the sanctions placed upon them are illegal under EU law, many remain listed, as the EU executive effectively overrides the decisions of its own courts.

Since the start of 2012, the European Union, once Iran’s biggest trading partner, has imposed stringent sanctions on entities involved in the Islamic Republic’s oil and banking sectors on the basis that they are supporters or financiers of nuclear proliferation. Sanctions mean that companies’ assets held in European banks are frozen; and travel bans are imposed on listed individuals.

The European Council, the EU's executive branch, regularly provides insufficient evidence to justify its claims that sanctioned entities are in fact involved in proliferation, which has left it exposed to the legal annulment of its sanctions.

After several long and expensive legal battles, many sanctions on Iranian banks, shipping companies, insurers, oil contractors, engineering firms and universities have been declared by EU judges to have been placed in “manifest error.”

But lawyers representing the Iranian plaintiffs say that several key firms remain sanctioned, despite their wins.

“If the [European] Council loses in court, it sometimes re-lists for amended reasons and sometimes re-legislates,” said Maya Lester, a barrister in London’s Brick Court Chambers, who has represented several Iranian applicants over the past few years. “It sometimes shifts the legal goalposts by saying it has new legal criteria on which to list the same company.”

The courts are loath to question such practices due to what lawyers describe as systemic “judicial deference to foreign policy.”

After the string of successful annulments, the European Council changed the criteria for putting Iranian companies under sanctions, from "providing support to Iran's proliferation of sensitive nuclear activities" to supporting the Iranian government or its oil and gas sector, which in a quasi-privatized oil economy means just about anyone or anything in Iran.

“Connecting sanctions to simply being involved with the state is so much broader, much easier to prove and conversely becomes much harder for a company to argue against even if it is not true,” Lester said. “As a lawyer, I find it personally frustrating that the court will not grapple with the question of whether it is really a justified foreign policy of the European Union to impose this sanction or that sanction. That is the most important question from Iran’s point of view and for the rule of law.”

Professional frustration with Europe’s General Court and the higher appellate Court of Justice — both based in Luxembourg — runs deep.

Member states submit proposals for entities they want sanctioned and the European Council duly sanctions that entity on the basis of the reasons provided by that member state. The identity of the proposing member state is not made available to the person or company whose assets are frozen or passport blacklisted, nor is any documentation made available that scrutinizes the assertions of the member state.

When these assertions are challenged in court, the European Council often provides insufficient evidence to justify its sanctions, often citing national security protocol.

This spring, the General Court proposed changes to the European Council regarding the way evidence is submitted to the court to allow for potentially sensitive evidence to be presented to judges in secret. This proposal worries many lawyers, who say this US-style system will put the plaintiff at a disadvantage, since it will not be able to see the evidence against it.

Furthermore, judges in jurisdictions where this has been permitted, such as the British Supreme Court hearing an appeal by the state against sanctions on Iran’s Bank Mellat in June 2013, have derided the supposedly incriminating secret evidence as unconvincing.

“There had been no point in the Supreme Court seeing the closed judgment [which related to the secret intelligence], because there was nothing in it which could have affected [our] reasoning in relation to the substantive appeal,” said Lord Neuberger, the president of the Supreme Court, at the time.

The calls for reform have been driven partly by a judgment last year in the European Court of Justice that ruled in favor of Yassin Kadi, whose assets were frozen due to his alleged association with al-Qaeda. The Kadi II case has had implications for sanctions on Iran.

The court ruled for the delisting of Kadi on the grounds that the reasons given in the UN summary linking Kadi with terrorism — which Kadi refuted — were unsubstantiated. On the back of the Kadi II precedent, which essentially says it is not good enough for the General Court to plead national security in the face of evidence that refutes the reason for sanctioning, several Iranian entities had their listings annulled, including the Islamic Republic of Iran Shipping Lines and 16 of its subsidiaries, Khazar Shipping Lines, Good Luck Shipping, Iran Insurance Company, Iran Offshore Engineering & Construction Co., Post Bank Iran, Export Development Bank of Iran, Bank Refah Kargaran and Persia International Bank.

But most of these Iranian companies remain on the sanctions list, as Europe writes new laws to outpace its sluggish judiciary.

"The sanctions against Iran, particularly the oil embargo, are politically motivated, and regardless of these judgments, the council will find other ways to sanction these Iranian entities if it fits into its foreign policy motives vis-a-vis Iran,” said Ellie Geranmayeh, an Iran policy fellow at the European Council on Foreign Relations, an independent think tank. “The council is somewhat frustrated at the court for making these declarations and it goes against their foreign policy stance on Iran, but it probably views these judgments as a headache rather than a major setback.

"Some of the affected entities have spent almost two years litigating and spent fortunes on legal costs, so I know they are quite disheartened when the judgments are circumvented or ignored."

Highly publicized cases, such the upcoming appeal case of Bank Mellat on Sept. 19 in the European Union Court of Justice, could serve as a convenient way to demonstrate the illegality of the sanctions but may do little to undo them. Unlike Bank Mellat’s case against its British sanctions, the final appeal hearing that also takes place next month, the European cases set a very high bar for claiming damages, making them all but impossible, despite huge losses to Iranian business from the sanctions.

Franz Kafka's "The Trial" tells the story of a man prosecuted by a remote, inaccessible authority, with the nature of his crime revealed neither to him nor the reader. If nature is taken as evidence, Iran’s bitter experience with the European justice system truly merits the cliche of "Kafkaesque."