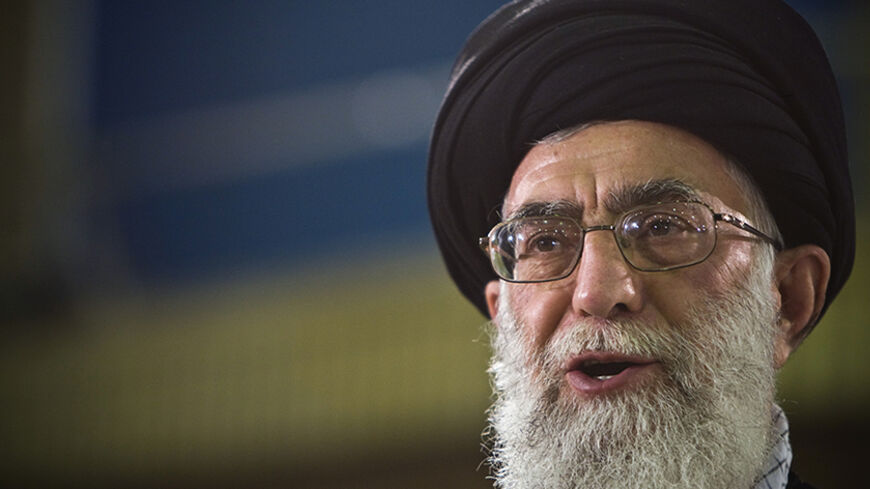 During his Eid al-Fitr address July 29, Iran’s Supreme Leader Ayatollah Ali Khamenei spent a considerable portion of his speech discussing the war in Gaza. He condemned Israel and called the attacks on Gaza “genocide.”

In response to calls by Western nations to disarm Hamas, Ayatollah Khamenei said, “What do you mean, disarm? They have a few missiles to briefly defend themselves against the enemy.” He said the West wants to disarm Hamas so that “Whenever the Zionists want they can attack, light any fire, and [Gazans] would not even be allowed to defend themselves.”

He continued, “The president of America issued a fatwa that the resistance must be disarmed. Yes, it’s clear, you want this [minimal] attack in response to all of these crimes not to happen. We say the opposite. All of the world, especially the Islamic world, has a responsibility: whatever it can do to equip the Palestinian people.

More than 1,000 Palestinians, mostly civilians, and more than 40 Israelis, mostly soldiers, have died since the war began July 8.

Ayatollah Khamenei delivered a speech to government officials for Eid al-Fitr in which he also spoke of Gaza's need for aid, both military and humanitarian, and the need for Islamic unity against Israel.

“Unfortunately, unlike in Islamic teaching and education, today [with all the] political motivations and authoritarianism, the Islamic nation is conflicted with division,” he told government officials, according to a Fars News transcript.

The supreme leader said, “Censorship in the West does not allow Western nations to understand the depth of the events in Gaza. But these crimes are so tragic and heartbreaking that showing even parts of them in the Western media shook non-Muslim nations and brought them out to the streets.”

In order to help the Palestinians in Gaza, the supreme leader said that the governments must “first, provide critical facilities to the people of Gaza, and second, [form] a strong and proportionate response against the Zionist regime and its supporters.”

In addition to food, water, medicine and hospital facilities, he added, “These people also need arms to defend themselves.”

Iran has long been one of the main supporters of Hamas. Despite their differences on the Syrian civil war, in which Iran has backed the Syrian government and Hamas distanced itself from longtime ally President Bashar al-Assad, Iran has worked to maintain close ties to the group.

Ayatollah Khamenei also condemned those who support Israel in its war, saying, “Criminal Zionists and their supporters, for their astonishing killing of people and detestable killing of children in Gaza, without shame, create justifications and reasons. This shows their peak of malice and brazenness.”

He added, “Islamic people and governments have a responsibility to … express their dislike of the criminal Zionists ruling in Tel Aviv and their supporters and when possible, confront them economically and politically.”