US Secretary of State John Kerry announced that Israel and Hamas have agreed to a 72-hour cease-fire beginning Aug. 1, but warned it was just an opportunity to try reach a more lasting solution. 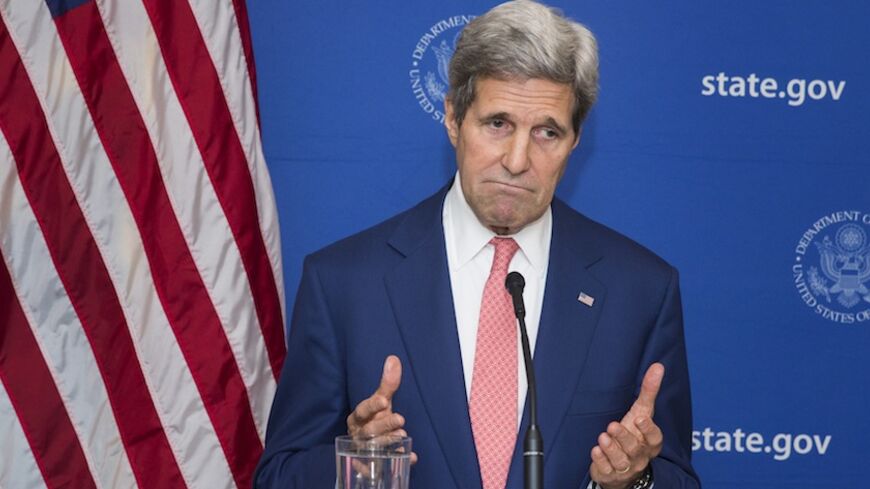 Secretary of State John Kerry announced that Israel and Hamas have agreed to a 72-hour cease-fire in Gaza, beginning Aug. 1. But he warned that the brief respite in the violence that has killed over 1,400 people the past three weeks is not a cause for celebration, but an opportunity to redouble efforts to try to reach a more durable solution.

“This is not a time for congratulations and joy,” Kerry told reporters in New Delhi, India early Aug. 1, India time. “This is a respite.”

The three-day cease-fire, to get underway at 8 a.m. on Aug. 1, is “an opportunity … for the sides … to be able to come together with the State of Israel in an effort to try to address ways to find a sustainable cease-fire,” Kerry said.

Under the terms of the three-day cease-fire, the parties have agreed to cease offensive military actions and “neither side will advance beyond its current location,” Kerry said. Israel will be able, however, to continue defensive operations against Hamas’ network of tunnels.

Palestinians “will be able to receive food, medicine … tend to their wounded, bury their dead … travel to their homes … [and] take advantage of the absence — hopefully, hopefully — of violence,” Kerry said.

The United States, Israelis, Palestinians and other parties will send delegations to Cairo for further consultations on Aug. 1.

The United States will also provide $47 million worth of humanitarian relief to Gaza, Kerry said.

Israel confirmed it had accepted the US/UN cease-fire. So, too, did Turkish Foreign Minister Ahmet Davutoglu, noting he had been involved in negotiations with Qatar-based Hamas political leader Khaled Meshaal.