US officials have stated as a result of the IAEA verifying Iran's compliance with the interim nuclear deal the US has released $450 million to Iran and taken steps to resolve problems Iran allegedly had accessing some funds. 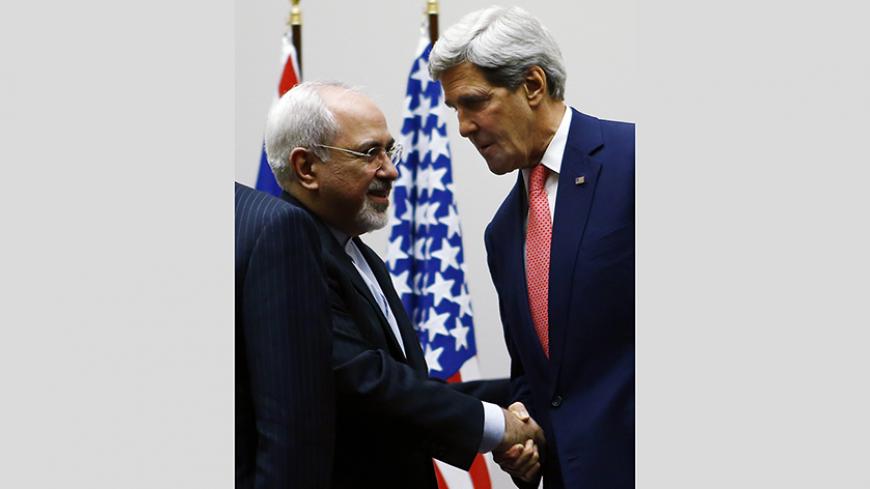 The United States said Thursday that it has released the latest tranche of $450 million to Iran based on verification by the International Atomic Energy Agency this week that Iran is complying with the terms of a six month interim nuclear deal.

The announcement came as US officials said that the US has taken steps to resolve problems Iran was alleged to have had accessing some funds.

“We can confirm that we have taken the necessary steps in all good faith pursuant to the Joint Plan of Action to facilitate the release of certain Iranian funds in the installments agreed,” a Treasury Department spokesperson, speaking not for attribution, told Al-Monitor Monday.

The International Atomic Energy Agency (IAEA) reported to its Board of Governors this week that Iran has diluted 75% of its stockpile of 20% enriched uranium since the six month Joint Plan of Action went into effect on January 20th, Reuters reported Thursday.

“Based on this confirmation and consistent with commitments that the United States made under the Joint Plan of Action, the Department of Treasury took the necessary steps… to facilitate the release of a $450 million installment of Iran's frozen funds," State Department spokesperson Marie Harf told journalists at the State Department press briefing Thursday.

"As Iran remains in line with its commitments under the JPOA, the the US ... will continue to uphold our commitments as well,” Harf said.

Iranian officials, under fire from hardliners suspicious of the nuclear negotiations, echoed the assessment that the six world powers were delivering the sanctions relief promised in the deal.

Majid Takht Ravanchi, Iran’s Deputy Foreign Minister and nuclear negotiator, told Iran’s IRNA news agency Tuesday that to date, four installments of Iran’s frozen oil sale proceeds have been released to Iran per the deal’s terms, and that the “Central Bank of Iran has no problem in having access” to the funds, IRNA reported  Wednesday.

A fifth installment was expected to be released on Wednesday, IRNA cited Ravanchi.

Under the terms of the Joint Plan of Action, Iran is to receive a total of $4.2 billion in its oil sale proceeds held in foreign bank accounts, delivered in eight installments over six months, based on IAEA verification of its compliance.

Iran Foreign Minister Mohammad Javad Zarif likewise defended the nuclear negotiations this week and said he believed both sides wanted to get a final deal and were negotiating in good faith.

"There is the political will to get an answer," Zarif told Reuters in Abu Dhabi April 15th.  "The domestic audience will be satisfied if we have a good deal. Of course some people will never be satisfied but that is fine because we have a pluralistic society."

Negotiators from Iran and six world powers have held three rounds of talks in Vienna this year and are set to begin drafting the text of a final nuclear accord at their next meeting in May, with the aim of trying to conclude an agreement by the July 20th expiration of the interim deal.